I’ve mentioned some of the studio and MN feature films screening at TCFF that I’m excited about, but here I wanted to focus about documentaries specifically. Year after year TCFF has always featured great documentaries that are both insightful and entertaining. Before I get to the list, check out the TCFF documentary promo:

Have you gotten your tickets yet?
They are selling fast, so don’t delay.

Click on each documentary title that’ll take you to its respective page on TCFF site.

Kudos once again to the programming team at TCFF for selecting such a varied list of films that covers so many different genres and topics! Whether it’s a murder mystery, inspirational tales, personal struggles, sports or timely human stories seeking refuge, there’s truly something insightful and illuminating for everyone here.

Here they are in alphabetical order:

In 2010 David Crowley, an Iraq veteran, aspiring filmmaker and charismatic up-and-coming voice in fringe politics, began production on his film “Gray State.” Set in a dystopian near-future where civil liberties are trampled by an unrestrained federal government, the film’s crowdfunded trailer was enthusiastically received by the burgeoning online community of libertarians, Tea Party activists as well as members of the nascent alt-right. In January of 2015, Crowley was found dead with his family in their suburban Minnesota home. Their shocking deaths quickly become a cause célèbre for conspiracy theorists who speculate that Crowley was assassinated by a shadowy government concerned about a film and filmmaker that was getting too close to the truth about their aims.

…
To be honest with you I’m actually not that familiar w/ the David Crowley story at all. But upon reading about this I’m very curious about it, naturally. At the TCFF Kickoff soirée, my hubby and I ran into Twin Cities’ film legend Al Milgrom as we’re about to head out and got into a conversation with him. He told us to read this New Yorker article by Alec Wilkinson before we see this documentary, so I intend to do that. 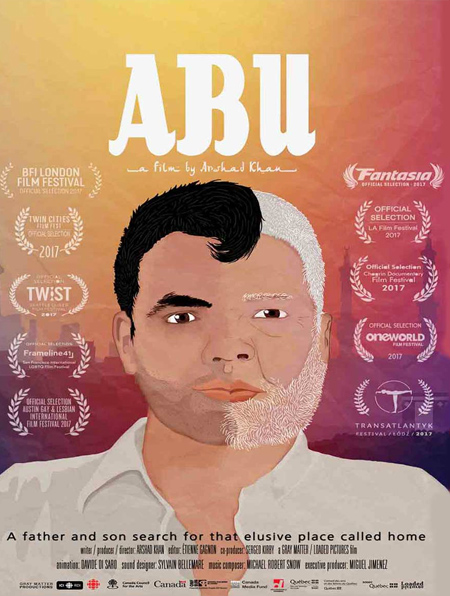 This riveting documentary follows the struggles of Arshad Khan and his relationship with his conservative, strict father (Abu) and traditional mother. Combining vintage footage, animation, and recent interviews, Arshad shares his intimate story of being gay, embracing his culture and dealing with the death of his father.

…
This sounds like the kind of poignant, perhaps even bittersweet film about self discovery and the struggle to be accepted. His journey would certainly resonate with many people, whether or not we deal with sexual orientation or not.

Chasing the Dragon: The Life of an Opiate Addict

Chasing the Dragon chronicles the lives of several people, from different backgrounds, who fell victim to the opioid epidemic. Their testimonies tell a tragic story that is being felt by families and communities across the country.

…
As someone who dealt with a mother who died partly because of pain meds and sleeping pills, this film would be tough to watch for me. But it’s certainly a story worth telling, as a cautionary tale that’s sadly prevalent in many households.

The inspiring true story of legendary sailor, Mike Plant, the “Saltwater Cowboy” (Sailing World) who completed three solo circumnavigations and set the American record for the fastest lap of the planet. His adventurous spirit and colorful past make Plant “as close as yachting gets to a James Dean character” (The New York Times) with a universal story about daring to dream.

…
Though I haven’t been on a sailing trip before, I’ve always found the idea of sailing so fascinating. I’ve never heard of Mike Plant before but his journey sounds so fascinating, and the ‘dare to dream’ story is definitely a universal one. Plus, being in the ocean is always a fun escapism for me. 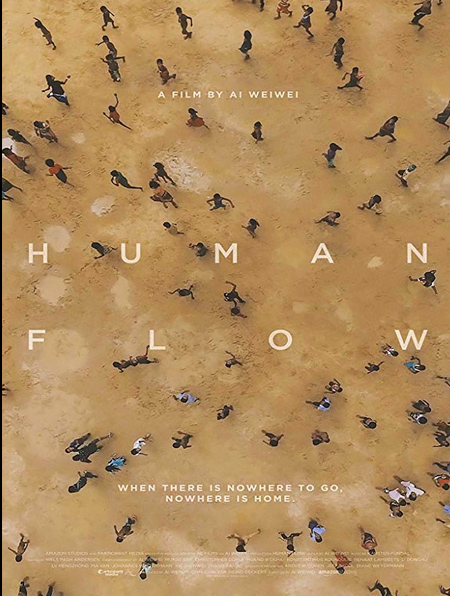 …
No doubt this film is as timely as ever. It’s definitely one I have to pack tissues for, even the trailer moved me to tears. As an immigrant, I’m always cognizant about what it means to have a home away from home… and I realize not many people are as blessed as I am in that regard.

Legends of The Road

Legends of The Road is a captivating blend of documentary techniques, mixing a unique style of candid student shot vérité footage with the in-your-face style of Leon Gast. It’s a deeply moving account of 28 public high school students from Chief Sealth High School, in Seattle, Washington, who in 1999-2000 completed an extraordinary research project on a largely unknown baseball phenomenon known as barnstorming. And, then in 2000, re-created a “Barnstorming Tour” to commemorate the 100th anniversary of Barnstorming.

…
This sounds like a must for baseball fans (as our blog contributor Sarah Johnson can attest!). But even if you’re not into the sport, we can all enjoy an inspiring story about overcoming obstacles and achieving something against all odds.

“Packing all the drama of “A Chorus Line,” the adolescent charm of “Fame” and the talent of “Glee,” “Purple Dreams” is the story of students at Northwest School of the Arts in Charlotte.

From auditions to callbacks to ultimate triumph, filmmaker Joanne Hock follows a group at the school as they undertake a production of “The Color Purple”.

…
Speaking of overcoming obstacles, this is another story about the triumph of the human spirit. Even the trailer is a charmer, I can’t wait to be swept off my feet by these Charlotte school children tackling an important play based on Alice Walker’s Pulitzer Prize–winning novel.

SCREENAGERS probes into the vulnerable corners of family life, including the director’s own, and depicts messy struggles over social media, video games, academics and internet addiction. Thru surprising insights from authors and brain scientists solutions immerge on how we can empower kids to best navigate the digital world.

…
I’m surprised I actually haven’t seen a documentary on this topic sooner. I mean it’s not just teenagers who are suffering from screen addiction, I know I am guilty of that as well. As soon as one gets oneself a smart phone, we are prone to this addiction. I don’t have kids myself, but I certainly feel for parents who have to discipline kids in the digital age. 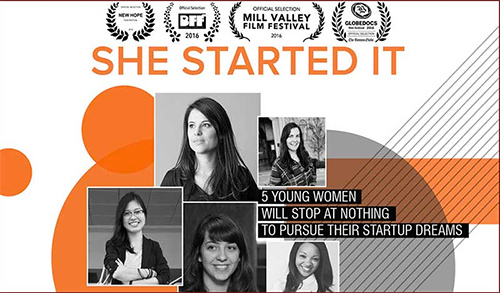 She Started It is an award-winning documentary that provides a rare look in the lives of five ambitious young women entrepreneurs (Thuy, Stacey, Sheena, Brienne and Agathe) who will stop at nothing to pursue their startup dreams.

…
This is the kind of important documentaries I hope people would make more of. I can’t wait to watch and learn each of these women’s stories as they pursue their dreams. ‘Here’s to the fools who dreams…’ says La La Land, but y’know what, it’s not all all foolish to dream when you’ve got a plan.

The word ‘uplifting’ takes a whole new meaning in this film. I always love stories of people who shatters people’s expectations and those who refuse to conform to what’s expected of them.

As you know, this year I have even more reason to be excited about…

Thoughts on any of these docs? Which one(s) caught your interest?
…

8 thoughts on “Spotlight on 10 great documentaries playing at 2017 TCFF!”