Hello folks, happy almost Friday! I’m going to see Steven Spielberg’s BFG later this evening, though I have to admit I wasn’t really all that excited about it. I sure hope it’s entertaining and not as melodramatic as War Horse. 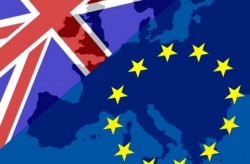 Today marks an important day for the UK as voting is under way in a historic referendum on whether the UK should leave or remain a member of the EU. I’ve been reading a ton about it and I’m really curious to see the outcome as the result of this Brexit ballot will certainly reach beyond Europe. It’s kind of a coincidence (or not?) that I’ve been obsessed lately with a British monarch, more on that at the end of the post.

Ok, let’s get to those links!

Jay talks about child actors, which ones make it and which don’t

Make sure you make a mental note for Cindy‘s July’s Film Club on movies based on books. Glad to see Michael as the special guest next month!

One of the Flick Chicks duo Allie reviewed The Hateful Eight which she really, really liked

Father’s Day was just last Sunday, and Alex did a great Movie Fathers Quiz to commemorate it

Paul, the loyal admirer of Michelle Pfeiffer and Meg Ryan wrote a post about One Fine Day & Addicted to Love

Nostra confirmed my dread about Independence Day: Resurgence. I was supposed to go to an AM screening on Friday but decided not to bother.

Last but not least, check out Mickey‘s interview with the DOP of Finding Dory, Ian Megibben

…
Here we go again… I have such an obsessive streak in me and I never know when something struck me. I finally finished The White Queen last Sunday, and for the past three days I’ve been consumed by much-maligned king Richard III. The last time I was obsessing over a deceased real-life character was Ian Curtis after seeing Sam Riley‘s portrayal in Control.

Like most of you, the image I have of the last Plantagenet King is that he’s an evil hunchback, thanks to the villainous Shakespeare portrayal which is more of the Tudors’ propaganda. He’s also often been portrayed as an old man when he actually died at the age of 32. Philippa Gregory‘s The White Queen paints a far more sympathetic portrayal of him, which seems to line up more with the recent discovery of the monarch’s remains back in 2012 at a parking lot of all places. Out of the three York brothers, Richard’s story certainly is the most compelling and he’s become my fave male character in the series. 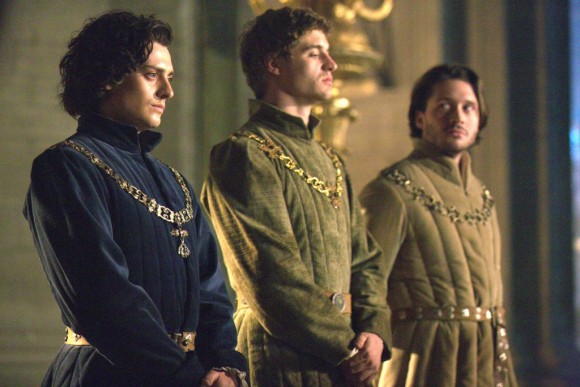 It doesn’t hurt that in the series, Richard’s played by this terrific Welsh actor Aneurin Barnard with his dramatic eyes and tortured-soul temperament. For once he’s actually closer to the age of the real king when he reigned, give or take a couple of years as Aneurin was about 26 when he filmed TWQ. It’s funny but the first time he appeared on screen I gasped a little as he resembles my dahling Sam a bit with his intense, penetrating gaze. So yeah, I’m crushing a bit on him, but I’ve also become seriously obsessed with the historical character Richard III.

I think I’ve watched pretty much every video I could find on the long-dead monarch on youtube and Netflix, both the historical biographies on him and all the videos about the recent discovery in Leicester, led by another woman named Philippa. Suffice to say, like Philippa Langley, I’ve become a Ricardian now and I’m dying to see a proper Richard III film that is more historically-accurate, though I’d imagine his death scene in the Battle of Bosworth Field would likely be extremely gory to film!

…
In any case, here’s a preview of the brutal final episode of season 1 that ended the War of the Roses:

And here’s a clip of Richard talking to Elizabeth Woodville (the wonderful Rebecca Ferguson) about the Princes in the Tower, the ultimate cold case that remains unsolved to this day. It made me wish there’s a spin-off series of Richard III with the same cast!

I’m pretty sure Ricardians everywhere are very pleased with Aneurin’s portrayal of Richard III. He’s definitely NOT the physically and mentally crooked monster we’ve been subjected for decades. Apparently back in 2013, Langley wanted actor Richard Armitage (who’s apparently named after the king himself) to portray Richard III (per Scotland’s Herald). I’ve talked about it extensively here three years ago. Now at 44 he’s become too old (and at 6’2″ too tall as well) to play him, but I think it might still work. Heck he’d still look far younger than Lawrence Olivier or Ian McKellen who’s played the character in the past.

I for one would prefer Aneurin reprising the role in the film version. I mean if you look at the facial reconstruction created from the skull remains, he even resembles king Richard a bit.

As the series progressed, I also found myself more drawn to his relationship with the kingmaker’s daughter Anne Neville (Faye Marsay). To say it’s a complicated marriage is putting it mildly. I mean the lines between enemies and friends are often blurred during the War of the Roses, but there’s something so romantic yet tragic in how this particular union is depicted.

It’s funny how a movie/series can get you all excited about learning history, but I’ve always been a fan of the underdogs and there’s not a monarch out there more unfairly portrayed/judged like Richard III. So I’m ordering a few Richard III books and I can’t wait to devour them!

Have you seen ‘The White Queen’? I’m also curious if there’s any screen character(s) you’re currently obsessing over.
…