1. Happy Tuesday everyone! To my American friends, how was your Fourth? Hope you had an awesome three-day weekend! For some of us, Fourth of July weekend means family time, whether it’s at a state park, beach, lake, or at the movies! 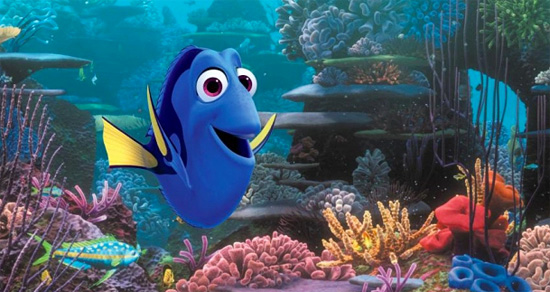 So apparently Pixar’s latest Finding Dory threepeats this weekend, as Box Office Mojo called it, landing at #1 again at the box office for its third weekend. The Legend of Tarzan brought in about $45 million, followed by The Purge: Election Year at around $34 million and The BFG ends in fourth place with $22 million. Hmmm, I think we all know the major winner is The Purge 3 as its budget is merely $10 million, wow!

Did you see any new release movie on the big screen this weekend?

2. Now, in relation to this weekend’s box office. Well, The BFG turns out to be a bust, earning a paltry $22 mil in its first weekend when the budget is $140 mil!

I haven’t got a chance to review it yet as I was out and about all weekend, but I wasn’t that impressed with it. I barely remember any of it when I saw it over a week ago, but I found it a bit tedious as it took forever to get going. Variety wrote this piece wondering if Steven Spielberg has lost his blockbuster touch.

I did like Spielberg’s last film Bridge of Spies, though I haven’t seen Lincoln yet. War Horse was overly sentimental despite a few moment of greatness, and I enjoyed The Adventures of Tintin mostly because I adore the Belgian comics. All the way to 2000s, Spielberg’s films were still relatively successful,from A.I. (2001), Catch Me If You Can (2002), Minority Report (2002), and War of the Worlds (2005), and of course the abominable Indiana Jones and the Kingdom of the Crystal Skull (2008) still raked up over $300mil! As he gets older though, his films seem to make less money. Bridge of Spies only made $72mil (on a $40mil budget).

What are your thoughts on Spielberg? Is his box office mojo behind him now?
…

3. Ok, time for a few new trailers that caught my eye. I always like to mix things up so these two couldn’t be more different from each other.

Based on the extraordinary true story of Operation Anthropoid, the WWII mission to assassinate SS General Reinhard Heydrich, the main architect behind the Final Solution and the Reich’s third in command after Hitler and Himmler.

I always love a good WWII thrillers, and Cillian Murphy is always solid in everything he’s in. Not really a fan of pretty boy Jamie Dornan but glad to see him doing something serious instead that Fifty Shades crap.
….

A suburban couple becomes embroiled in an international espionage plot when they discover that their seemingly perfect new neighbors are government spies.

I hadn’t even heard of this movie before, but when I saw the trailer it made me laugh! It’s obviously inspired by Mr & Mrs Smith, with two absolutely beautiful couple Gal Gadot and Jon Hamm (who’d make the perfect match for a Wonder Woman + Superman flick!). Zach Galifianakis & Isla Fisher look pretty funny here, it looks like it’ll be a hoot like Melissa McCarthy’s SPY.

I was hoping Ben Wheatley’s upcoming movie Free Fire (starring a great ensemble cast including my beloved Sam Riley) will have its trailer out by now (it’s shown with A24’s Swiss Army Man, so I’ll add it here once it hits.

What do you think of these trailers?
….

4. I’ve talked about my excitement for Idris Elba’s casting as the Gunslinger on Stephen King’s The Dark Tower adaptation. Well, I just saw some pics on Just Jared from the NYC set and I just had to share! 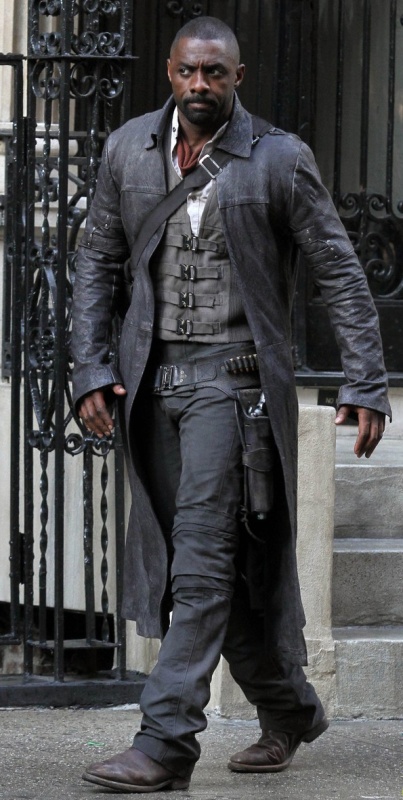 …
Oh my, he certainly looks the part doesn’t he? I certainly wouldn’t mind roaming the Old West with THIS Roland Deschain 😉 I guess it’ll be a while before we’ll see a trailer, as the film won’t be released until February 17th next year. But for sure I look forward to seeing Idris in the role and Matthew McConaughey as Roland’s adversary Man in Black.

What’s your initial thoughts on ‘The Dark Tower’?
…

5. This month Five for the Fifth’s guest is Zoë from Sporadic Chronicle of a Beginner’s Blogger! I LOVE that her question is in keeping what I’ve been obsessing lately, that is historical series (as I’m still nuts over The White Queen and finally finished BBC’s War & Peace this weekend).

…
Here’s Zoë in her own words:

I’ve been watching a lot of Downton Abbey and Vikings lately and I’ve been loving both shows (as always). There are many shows under this genre, whether fictitious or factual, or a blend of both.

Which historical/period series are you currently watching and loving?

Well, that’s it for the JULY edition of Five for the Fifth, folks. Take part by picking a question out of the five above or better yet, do ‘em all!