I’ve been meaning to write a tribute for one of my favorite composers for a while and since February 8th is his 80th Birthday, it seems like a good a time as any.

As I’ve mentioned several times on my blog, my two all time favorite music genres are classical and movie soundtracks, so naturally I have a soft spot for John Williams’ Neoromanticism style of music. They’re not only iconic but also beautiful to listen to.

Just a brief history on Mr. Williams courtesy of Wikipedia: 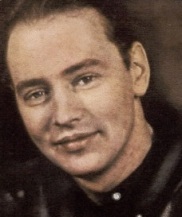 John Towner Williams was born in Long Island, New York. His father was a jazz percussionist who played with the Raymond Scott Quintet. In 1948, the Williams family moved to Los Angeles where he went to school and later attended UCLA, studying privately with the Italian composer Mario Castelnuovo-Tedesco. In 1952, Williams was drafted into the U.S. Air Force, where he conducted and arranged music for the Air Force Band as part of his assignments. After that he moved to New York City and entered the Juilliard School. During this time, Williams worked as a jazz pianist in New York’s many clubs and eventually studios, most notably for composer Henry Mancini.

Williams’s first major film composition was for the B movie Daddy-O in 1958, and his first screen credit came two years later in Because They’re Young. Williams received his first nomination for an Academy Award for his film score for Valley of the Dolls (1967), and then was nominated again for his score for Goodbye, Mr. Chips (1969). With his double Oscar nominations this year for War Horse and The Adventures of Tintin, he is now officially the most Oscar-nominated film composers of all time. Previously he tied the record with Randy Newman’s uncle Alfred Newman with 45 nominations! Williams is not only a prolific movie composer but he also spent over a decade as the Principal Conductor for Boston Pops Orchestra, as well as write music for various TV programs and high-profile events such as the Olympic games.

His longtime collaboration with Steven Spielberg began in 1974 for Spielberg’s feature directorial debut,The Sugarland Express. But it’s their second collaboration in Spielberg’s second film Jaws that perhaps remained his greatest work of all time. That two-note motif is perhaps the most instantly-recognizable score ever conceived and you can’t listen to it without thinking of shark or danger in the water!

I’ve always wondered about the secret of his method, churning out amazing score one after another for the past five decades! This site has a glimpse of insight into his process of writing music for the movies:

My choice always is not to read scripts. I’d rather go into a projection room and look at a film to have that same pristine, unprepared reaction that the audience will have, however special effects (added later) complicate that process.

I’ll run the scene several times and have a timing cue sheet that’s been prepared for the scene, and then I’ll write three or four bars and go back and look at it and then write four bars more and look at it again. And it’s a constant process of writing, looking, checking, running it in my mind’s ear against the film, even conducting with a stopwatch against the action of the film. It’s driven almost measure by measure by the film itself.

Now, though I have quite a few favorite movie composers, I’d be typically hard pressed to name even just five favorite scores from most of them, but the thing with John Williams is, it’s actually more difficult to narrow down to just 10! In any case, here are my top five favorite work that still moves me every time I listen to it. Now, I’m going to be running out of adjectives before I’m even done with my list! 🙂

In any case, here they are in random order:

This glorious main theme definitely echoes the theme of truth, justice and the American way. The rousing score always evokes childhood nostalgia every time I hear it and never fail to lift my spirits. But it’s this love theme is what gets me every time… there’s something so ethereal and otherworldly about it yet sooo romantic. No matter how many superhero movies they’ve made since Superman: The Movie, there’s still no scene that can hold a candle to that ‘can you read my mind?’ scene.

I LOVE, LOVE, LOVE this score. I know there is nothing romantic about flesh-eating T-Rex but somehow the music gets me feeling warm and fuzzy. I guess the only word I could find to describe it is majestic… it somehow captures the wonderment the characters feel when they first arrive on the island. There is a hint of something enigmatic and even menacing amidst such a lush sounding arrangement.

Just like the movie, this score awakens your spirit of adventure. It’s so full of energy and sense of fun all around, but towards the middle of the score it gets a bit serious and majestic-sounding, only to start again with another rousing fanfare to finish it off. I always picture Harrison Ford’s crooked smile in his sweaty disheveled glory every time this theme is playing.

Movie music doesn’t get more heartbreaking than this. Itzhak Perlman’s masterful violin solo just touches you right down to your core. If this music doesn’t move you in some way even without having seen the film, you might want to check your pulse. Sometimes music can convey certain expression no words ever could… such as the horror of the Holocaust. Yet no matter how dire life gets, there is always a glimmer of hope, and this haunting score reflects that.

EMPIRE OF THE SUN

This score is perhaps not as well-known as the others he’s done but I remember really liking it when I saw the film just last year (check out my review). At times it’s jubilant and full of wonder like the young Christian Bale’s character, but at times it depicts the grim and gloomy-ness of the war.

STAR WARS – Duel of the Fates

I know that the main Star Wars theme is the most celebrated and I do agree it’s one of the best and most identifiable of all his work, but I love this one in particular from the prequel trilogy. It takes place during the epic battle scene between two Jedi masters Qui-Gon Jinn & Obi-Wan Kenobi, and Darth Maul in Star Wars Episode I: The Phantom Menace. Per Wiki, Williams stated the chorus was introduced to give a religious, temple-like feel to the epic lightsaber duel. Williams compared the setting of the battle to a pagan altar, and that the duel itself “seems like a dance or a ballet, a religious ceremony of some kind, probably ending in the death of one of the combatants.” I actually love this score so much that I used it as the accompaniment to a trailer for Face/Off I did in a video class.

Oh the nostalgia this music brings. The first time I saw this movie I was a wee kid, but the music always brings back my memory of the most famous extra-terrestrial being ever put on film. It’s so wholesome and sweet, nothing science-fiction-y about it, simply a marvelously magical relationship between a boy and his weird-but-friendly-looking alien friend.

Now that I’ve listened to this theme again, somehow it reminds me a bit of the Home Alone score he did years before. Hey there’s nothing wrong with recycling one’s own music. Hans Zimmer does it all the time and I’m sure so do other famous composers. Again, the second you hear the twinkling sound of this score, you instantly know it’s about that boy who lived. The magical-sounding tune is just gorgeous and it has that aura of mystery yet innocent feel about it.

If I could only bring ONE score of John Williams to a desert island, I’d easily take this one. I adore the movie and fell in love with the soundtrack. In fact, for quite a while the CD is a staple listening every night for me, it’s so dreamy and romantic. Like the protagonist, there’s something so inherently graceful about this music… and when she is in Paris and La vie en Rose is playing, I just want to be transported to Paris right then and there. The two songs in the soundtrack, How Can I Remember and Sting’s In The Moonlight are absolutely breathtaking as well.

THE ADVENTURES OF TINTIN

Part of what I love about Spielberg’s movie is John Williams’ energetic and whimsical score! I don’t know if Mr. Williams actually read the comics as part of his research… he must have as he somehow just nailed that adventurous spirit of the Belgian journalist and his quirky relationship with the mercurial Captain Haddock. It’s also the score that doesn’t  bear too much of Williams’ signature style, making it sound fresh and even youthful.

…..
Well, those are my top ten favorite… now join me in paying tribute to this great composer by sharing some of your favorites from his prolific work.