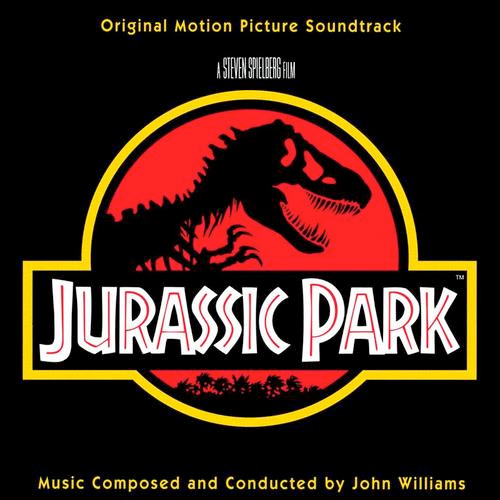 Well, I saw Jurassic World last night. It was one of my most-anticipated movies of the year and one of the most evocative thing to me is STILL John Williams’ score. It’s one of my top 10 favorite scores from this legendary composer, out of a long list of phenomenal work. The score played within the first 15 minutes of the film and I immediately felt nostalgic about the first Jurassic Park movie that opened in 1993. That was 22 years ago and boy the score still felt as fresh and powerful as ever. I’ll save my thoughts about the new movie for my review but since I’ve been humming this score all day today, I thought I’d highlight it on today’s music break!

Apparently Williams began writing the Jurassic Park score at the film at the end of February of 1993, and it was conducted a month later (per Wiki). WOW! Can’t imagine it only took him a month to come up with something so iconic and legendary. Even just hearing a few notes, the score is immediately recognizable and so evocative that it REALLY takes you to Isla Nublar in Central America.

There’s a sense of adventure that’s simply intoxicating in the score. That chopper scene on the way to the island is full of excitement and hope, completely unsuspecting of the danger in store for them once they get there. There’s a slight ominous tone in the score below, but only briefly, as then the music swells up again with that iconic theme that makes you even more excited to see those dinosaurs!

This gentle and sublimely gorgeous score is not as popular as the main theme, but I absolutely love it. It fits the gentle nature of the largest known dinosaur, the Brachiosaurus.

Per Wiki, similar with another Steven Spielberg film he scored, Close Encounters of the Third Kind, Williams felt he needed to write “pieces that would convey a sense of ‘awe’ and fascination” given it dealt with the “overwhelming happiness and excitement” that would emerge from seeing live dinosaurs.

I’m glad they still use this iconic score for the new film. I can’t imagine topping this masterful work.

Hope you enjoy this Music Break. Do you love this score as much as I do?