I’ve seen the original Blade Runner countless times, I’ve bought the movie on VHS, Laserdisc, DVD, Bluray and recently 4K Bluray Disc. So yes, I’m obsessed with it and to say that this sequel is my most anticipated movie of the year is an understatement. Back in the early 90s, Ridley Scott was rumored to have pitched a sequel idea to the studio folks but he couldn’t get it off the ground mostly because he’s been churning out box office duds at the time. Now finally we get to see a sequel to one of the most influential sci-fi films of all time. 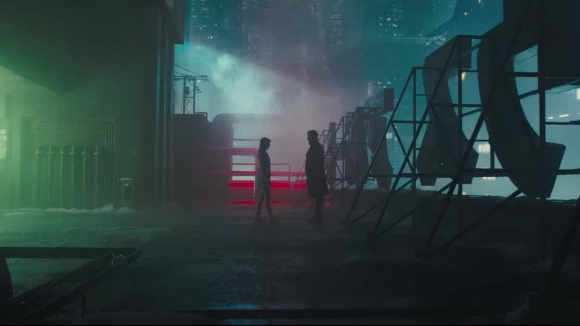 Set 30 years after the event of the first film, LA is still a hellhole with constant rain and cloud looming over the city. Many of its citizens are now filled with new breeds of replicants and Blade Runners are still active and hunts down the older models of replicants who are considered illegals. As the movie opens, one of the Blade Runners K (Ryan Gosling) has found his target, a replicant by the name of Sapper Morton (Dave Bautista). Morton is living outside of the city and wants to be left alone but since he’s illegal, K was forced to retire him. After surveying Morton’s place, K found out about something that could put society into chaos. He informed his boss, Lt. Joshi (Robin Wright) and she ordered him to find out everything he can and get rid of any evident so no one can know about what he’d found.

Unfortunately for K and his boss, the city’s new replicant creator Niander Wallace (Jared Leto) knew what K has discovered and he order his right-hand woman Luv (Sylvia Hoeks) to shadow K’s every move. As K digs deeper, it leads him to an old Blade Runner Deckard (Harrison Ford) who’s now living in an isolated location way out of the city. I think that’s all I can say about the story of this film, it’s got some good surprises and fans of the original film will be very pleased with the final results. 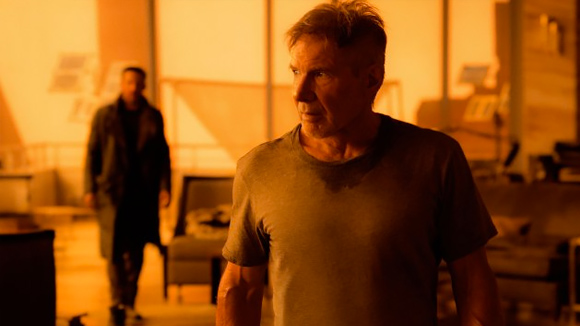 Dennis Villeneuve has created a world that’s similar to Scott’s vision but he enhanced it with his own style. Clocking in at around 2 hours and 40 minutes long, it’s a bit too long but Villeneuve did an amazing job of setting the mood and reveal the surprises as the story progresses. Roger Deakins should finally win an Oscar for this film, it’s one of the best-looking films ever made, you need to see it on the biggest screen you can find. His lighting and shot of each sequence is drop dead gorgeous. The script by Hampton Fancher and Michael Green is pretty good, they introduced some new ideas and I thought the story is much better than the original film. Although, I’m not exactly sure what kind of “message” they’re trying to say in this film. The score my Hans Zimmer and Benjamin Wallfisch is excellent, they incorporated Vangelis’ score from the first film and then introduced some new one for this film. 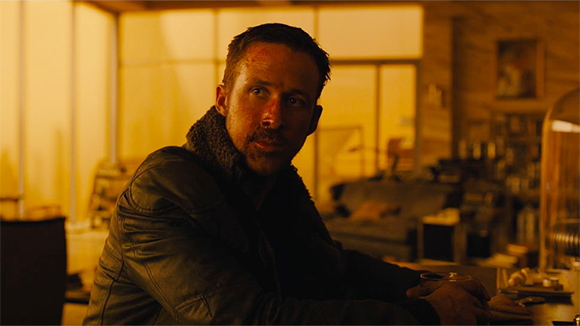 I’m not the biggest fan of Gosling and was a bit skeptical when he’s cast as the lead in this film but I thought he’s pretty good here. His character is kind of mystery and we audience follow his quest to find out who he really is and why he’s doing what he’s doing. I don’t want to give out any information about his character but Gosling’s one note performance fits this character. Even though he’s only in the film for less than an hour, Ford gave a pretty emotional performance as Deckard, let’s just say he finally got some closure. 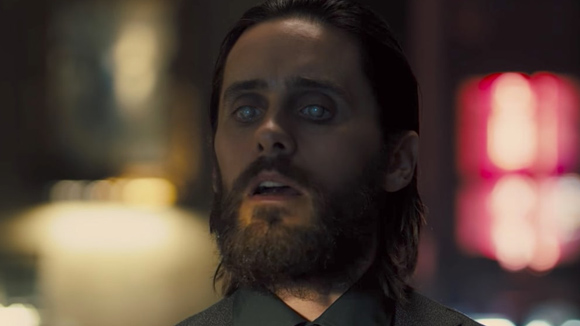 Leto didn’t really stand out that much, he’s hardly in the film and whenever he appears, he seems to be doing the typical villain who thinks of himself as some kind of God. Hoeks gave a pretty intense performance as the ruthless killer who’ll do anything to please her boss. Robin Wright who seems to be in a lot big movies these days, kind of gave an over-the-top performance as the tough police boss, again her role’s very small and didn’t make much impression on me. The only person who was on the screen as much as Gosling was Ana de Armas, she’s his “girlfriend” and I thought she did a decent job of playing the worried girlfriend/supporter of the hero. 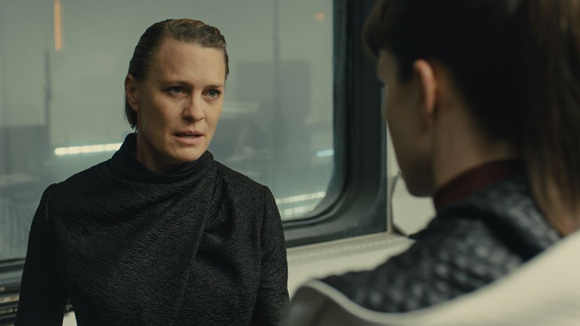 This is a film that would probably divide some audiences, just like the first one did. It’s not action-packed as it’s advertised, pretty much all of the action scenes were shown in the trailers. I do recommend that you see the original film before going to see this one and if you’ve seen it but don’t remember much about the first film then you might get confused a little bit. My recommendation is to watch the original again before seeing this one.

With jaw dropping visual effects, tight direction and some good performances, this is one of my favorite films I’ve seen this year. I’m not going to call it a masterpiece like some critics did but it’s a great film and I’m planning to see it again a couple of more times. If there’s an IMAX or Dolby Cinema theater near you, go see it there.

So have you seen BLADE RUNNER 2049? Well, what did you think?