I’ve heard of it but somehow it fell off my radar. Not sure how as I’m a sucker for this kind of stories… AND Tom Hiddleston! Well, thanks to my good pal Terrence for sending me the trailer link via Twitter. What a pal he is… oh btw, don’t forget to vote on his weekly Time to Vote Tuesday. Great topic today, as always!

The Hollow Crown is a new adaptations of Shakespeare’s tetralogy of history plays comprising the ‘Henriad’ for the BBC’s 2012 Cultural Olympiad: King Richard II; King Henry IV, Part 1; King Henry IV, Part 2; King Henry V. The plays chronicle a continuous period in British history from the end of the 14th century to the aftermath of the Battle of Agincourt in 1415. Together, the plays comprise a story with recurring themes of power struggles, redemption, family conflict and betrayal. (per IMDb)

I can’t friggin’ wait to see this! It’s no surprise that I LOVE all things British, including films about British monarchy, and man, I definitely would watch this for the cast!!

Now, for my UK friends, this is probably old news and perhaps you’ve even seen this on BBC Two. But it’s finally making its way to our shores. It will air on PBS’ Great Performances on Friday, September 20. But if you can’t wait THAT long, it will be released on iTunes, VOD, and DVD on August 27th. 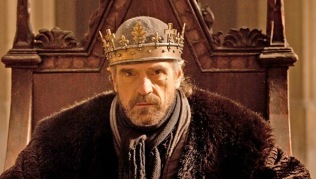 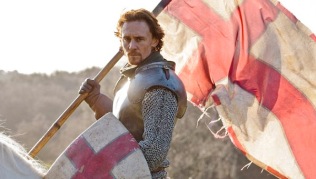 Click on each image to see a larger version

Telegraph UK has some very nice things so say in its 4.5 stars review. I particularly like what it says about Hiddleston:

Hiddleston’s performance was a clever one. He is a cerebral actor and for that reason failed to convince in his early scenes (in Henry IV Part One) as a roister-doister. It was only when his heart was heavy, meditating on his destiny in a corpse-strewn foreign field, that you realised his quiet power.

The Guardian also says that “…The Hollow Crown feels as good as TV Shakespeare is going to get.”

So yeah, I’m so game for this!! I think I can handle 500 minutes of Shakespeare with THIS cast. I hope there’s a bunch of special features in this as well. I wouldn’t mind a whole video journal just on James Purefoy getting into costume and make up 😉

Well, I’m already sold on this one before I read that director Sam Mendes is one of the executive producer! Even from the trailer, this looks like an epic with lavish locations and astute details on the set pieces and costumes. This miniseries has won several awards, including BAFTAs for Best Leading Actor (Ben Whishaw) and Supporting Actor (Simon Russell Beale). It was also nominated in the music and costume design category.

The Shakespearean English might be a bit hard to follow for someone like me but I’m willing to give it a shot, especially with Hiddleston’s gorgeous voice reciting them, he’s an actor who’s born to play this type of roles! Plus, with the right technique, even this old language could have a contemporary feel.

So what do you think folks, are you up for this? For those who’ve seen this, please let me know what you think!