To my American friends all over the States, I want to wish you a HAPPY THANKSGIVING! I hope that you’re all enjoying some time together with family/friends and cherish those moments dearly. To those in other parts of the world, I bid you happy-almost-weekend day 😀

Well, it’s not as if you need a special day to give thanks, right? But just for the sake of being timely, here are 24 random movie miscellanea I’m thankful for this past year:

1. Well I think it’s quite obvious isn’t it, yours truly has fallen under the spell of the beautiful creature that is Gregory Peck. It’s been such a delight to discover his classic films all the way from the early 40s. He’s just so compelling to watch in any genre! The more films of his I watched, the more I appreciate just what a wonderful actor he truly was.

2. Though he’s passed on last February, John Barry’s music lives on… there are so many wonderful movie music he’s left us with, but my favorites shall always be Somewhere in Time and Out of Africa.

3. The casting of Henry Cavill as Superman in Man of Steel

4. Andy Serkis‘ performance as Caesar in Rise of the Planet of the Apes

5. The gorgeous Paris scenery… and Marion Cotillard‘s radiant beauty in Midnight in Paris

8. This wonderful black & white trailer of The Artist, can’t wait to see the actual film!

10. The fantastic rapport between James McAvoy & Michael Fassbender as Xavier & Magneto in X-Men: First Class… just one of the 40 reasons I LOVE this film! 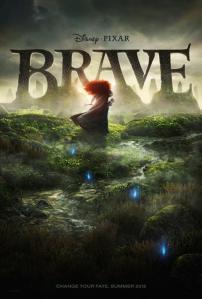 13. Finally getting around to seeing Kenneth Branagh’s HAMLET and loving it!

14. Gentleman’s Agreement, one of the most compelling Oscar-winning film with a bold message about a then-controversial and risky topic about antisemitism… more people should see this even today.

15. Having the privilege to interview Anton Yelchin and Drake Doremus in person for Like Crazy during Twin Cities Film Fest… my first ‘official’ press junket 😀

17. Going to Comic-Con this past Summer … and meeting Captain America himself, Chris Evans!

18. The exquisite cinematography of The Big Country by William Wyler… and the joy of seeing Moses and David (Charlton Heston & Gregory Peck) beat each other up in an epic fight scene

19. Harry Potter franchise ends with a bang… and seeing the back story of Severus Snape, played brilliantly by Alan Rickman

20. Terrence Malick‘s suddenly prolific streak, reportedly attached to direct two new films Lawless and Knight of Cups, which means we may see up to five Malick films within a few years!

21. Well-designed and iconic movie posters… such as this one:

22. Spellbound‘s surreal dream montage designed by Salvador Dali… and how dreamy Gregory Peck is in this [sigh]

23. The Hobbit‘s video journals (thanks to Claire Packer for posting the updates). Bless Peter Jackson for constantly updating fans with the progress of one of the most anticipated film of next year.

…
24. And last but not least… I’m ever so grateful for the joy of blogging and ‘meeting’ fellow movie lovers via the blog and Twitter… thank you everyone who have supported this blog for the past couple of years. Hope you’ll stick around for more 😀
…

So what are you thankful for this holiday season?

51 thoughts on “A Thanksgiving Post: 24 cinematic things I’m thankful for this year”