Award season is in full swing! There are a plethora of awards already announced, but in years past, I normally only talk about a few of them, SAG, Golden Globes and of course, the Oscars. By the time I got to Twitter on Monday morning, people were already chiming in on their thoughts on the noms. It’s no surprise that La La Land and Moonlight are frontrunners, with seven and six nods, respectively.

Well, I had planned on going to see Jackie tonight but I had to cancel as it’ll snow again this afternoon… and my week has been filled to the brim so tonight is the only night I could actually be home and do some household chores. But I am seeing La La Land tomorrow night, followed with Rogue One on Wednesday.

The head-scratching nom last year was The Martian being nominated under Musical/Comedy category. This year, it seems like the nomination of Aaron Taylor-Johnson in Nocturnal Animal (whilst Jake Gyllenhaal and Michael Shannon were both snubbed) seems puzzling to me, just based on the reviews I’ve read so far.

Anyway, here’s the full noms of the 74th annual Golden Globe Awards… and my short commentary on who I’m rooting for (in bold)… mostly on the FILM categories as I barely watch any TV (hoping to catch Westworld soon!):

As you’ve read in my glowing review, Moonlight is the one I’ll be rooting for all the way to the Oscars! I’m so 100% behind that film. A masterpiece of filmmaking, tackling a subject rarely seen in such a graceful, elegant and emotionally heart-wrenching way. It’ll be tough to beat that one as of now, even with a handful of other award contenders I have yet to see.

I so want this film to win not because it’d somehow *make up for* the #OscarSoWhite controversy last year, but because the outstanding work absolutely merits it.

Where is Hunt For the Wilderpeople?? I’d nominate that over Florence Foster Jenkins or Sing Street. I’ve finished my review of Wilderpeople and that’s one of the rare 5/5 rating I’ve given in a long time. I don’t know which from the list I’d root for, I’ll update it after I see La La Land tomorrow night.

Best Performance by an Actor in a Motion Picture – Drama:

This is Viggo’s third Globes nomination. Boy I can’t believe he hasn’t won a single one!! I sure hope his well, fantastic performance in Captain Fantastic finally earns him one this time around. I’m sure glad Edgerton’s got recognized for his quiet, soulful performance in Loving.

Best Performance by an Actress in a Motion Picture – Drama:

This is Adams’ seventh Globes noms and she’s won two. There’s some tough competition here, especially from Natalie Portman, but I’d love to see Adams nabs the statue. Glad to see Chastain being recognized for her confident, powerhouse performance in Miss Sloane.

Best Performance by an Actor in a Motion Picture – Musical or Comedy:

Wow Jonah Hill again?? I like Reynolds, Grant and Farrell out of the ones I have seen, but I’m definitely rooting for Farrell for his understated but hilarious performance in The Lobster. I’d have loved to see the film recognized, and it could pretty much fit in either drama or comedy.

Best Performance by an Actress in a Motion Picture – Musical or Comedy:

Heh, I have only seen Streep’s performance so far, which I knew for sure will nab a nomination. After all she’s gonna pick up the Cecil B. Demille award. Now I don’t know if that means it lessens or increase her chance of winning in the individual award category, but I don’t really care for her winning again to be honest.

Best Performance by an Actor in a Supporting Role in a Motion Picture:

Mahershala Ali is one of my fave talent discoveries of 2016, so you bet I’m rooting for him!! I also adore Helberg’s and Patel’s performances, nice to see Patel being recognized for his rare dramatic performance.

Best Performance by an Actress in a Supporting Role in a Motion Picture:

I’m so impressed w/ the entire ensemble cast of Moonlight, so I’m glad Naomie got a nod! To think that she did this role during the undoubtedly glamorous press tour of the mega-budgeted Bond flick Spectre. She’s virtually unrecognizable (who’d believe she’s Money Penney!), but it’s not just the looks, but it’s a deeply-emotional performance that makes this indie gem shines. 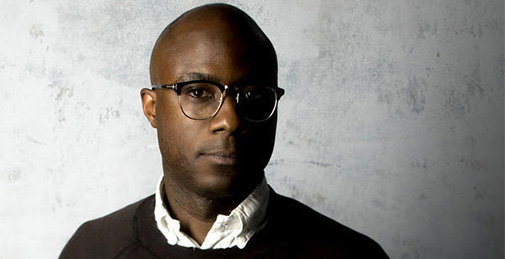 Ah, so it seems Gibson’s officially back on Hollywood’s good graces again? Well, I think based on how I feel about Moonlight, it should be no surprise who I’m rooting for. An impressive sophomore feature film effort from Jenkins, I sure hope he continues to make movies. 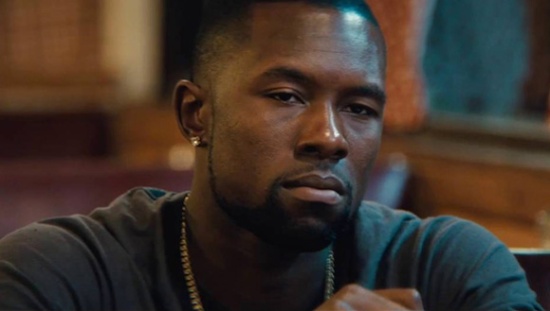 I’m gonna sound like a broken record here but I’m rooting yet again for Moonlight. It’s a coming-of-age drama with a real emotional punch. That revelation of adult Chiron in the end killed me… I literally gasped and sobbed in that scene. A great screenplay has the ability convey strong emotions with little words spoken. I aspire to be able to write that well one day.

Sadly I have not seen any of these 😦 I missed the press screening of Elle as it was at 10 o’clock in the morning. It’s too dark a film to see so early in the day anyway, but I’m so curious to see it.

I missed Kubo and the Two Strings and gonna miss the press screening of SING as well, as it conflicts with another film. But I adore Zootopia, so I guess right now that’s what I’m rooting for. Judy Hopps FTW! 🙂

Hmmm, where’s Shakira’s Try Everything from Zootopia? It’s actually written by SIA and it’s a really fun, catchy tune that fits nicely w/ the film’s topic. I have a feeling I’d enjoy the music of La La Land though, just based on some of the featurettes and trailers I’ve seen so far.

Wow, I had no idea Hans Zimmer is one of the co-writers of Hidden Figures! I can’t wait to see that in January. Well, my fave here that I remember most is Moonlight. For some reason I didn’t really remember much of Arrival‘s score, I should definitely take a listen again as I LOVE Johannsson’s work in Sicario.

“The Crown”
“Game of Thrones”
“Stranger Things”
“This Is Us”
“Westworld”

Can’t really comment on any of these as I’ve only seen Stranger Things. I don’t know if it’s the BEST of the bunch but sure glad it’s got a nod.

Haven’t seen any of these.

Best Performance by an Actor in a Television Series – Drama:

I actually have only seen a handful of episodes of season 1 of The Americans. But I was so impressed w/ Rhys’ performance and he’s generally a massively-underrated actor anyway. So even though I think Malek’s terrific in his breakout role in Mr. Robot, I feel like Rhys’ work as a Russian spy deserves equal recognition. Malek’s won an Emmy already though, so he probably wins this one as well.

Best Performance by an Actress in a Television Series – Drama:

Wow, talk about a comeback role for Winona Ryder! I feel like she’s either scared or worried in the entire show though, but I guess it’s a memorable performance. I personally would like to see Keri Russell win in The Americans. How awesome would it be if the pair playing married KGB spies win ’em this year!

Best Performance by an Actor in a Television Series – Musical or Comedy:

Can’t comment here as I haven’t seen any of the performances. Never even heard of Graves before, either.

Best Performance by an Actress in a Television Series – Musical or Comedy:

Ditto in this category, though I have seen a few episodes of Veep and Louis-Dreyfus is such a hoot!

Best Television Limited Series or Motion Picture Made for Television:

Gah, I really want to see The Night Manager and The Night Of!! Been hearing great things about both.

Best Performance by an Actor in a Limited Series or Motion Picture Made for Television:

Again no comment here, but nice to see Brits Hiddles and Ahmed in the same category (their shows’ titles sound so similar too!). I’m really glad to see Ahmed getting more recognition (especially after Rogue One). Been a fan of his since The Reluctant Fundamentalist.

Best Performance by an Actress in a Limited Series or Motion Picture Made for Television:

Can’t comment on the performances yet, but I find it baffling that Newton is nominated here under the ‘Limited Series or Motion Picture Made for Television’ category, whilst Evan Rachel Wood is nominated under ‘Television Series – Drama’ Huh?? Again, bonkers categorization of the HFPA.

Best Performance by an Actress in a Supporting Role in a Series, Limited Series or Motion Picture Made for Television:

I haven’t even seen The Night Manager yet but I’m already rooting for Olivia Colman! She’s another underrated actor I wish would get more recognition. I LOVE her in Broadchurch in which she won a BAFTA for Best Leading Actress.

Best Performance by an Actor in a Supporting Role in a Series, Limited Series or Motion Picture Made for Television:

Wow, Slater again for Mr. Robot? Yes it’s a good performance but is it that good? He already won one for the same show last year, so I would like to see someone else win in this category. 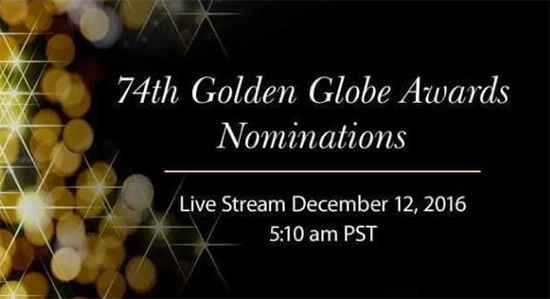 Quick thoughts on Snubs and Surprises:

Well, what are your thoughts on the Golden Globes nominations? Let’s hear it!