How’s your weekend everyone? It’s been quite a whirlwind one for me even with Friday off, as I pretty much spent most of Friday preparing for the filmmakers interview scheduled for all day Saturday. More on that in a bit.

In about a month, October 21 to be exact, another fun-filled film festivities will be underway. 11 days, nearly a hundred films, plus Midwest premieres, film educational panels, after parties, and more will pack the ShowPlace ICON Theatres at the West End Shoppes in St. Louis Park. I’m so excited for the new venue for our mixers (after party) which is just a few doors down from the theaters. The TCFF Preview Gala on Friday night took place in what used to be the Love Culture store, and the space is simply gorgeous!

…
On Saturday, I got a chance to chat with some MN-based filmmakers/actors/producers whose films will screen at TCFF.

It’s been a really fun & insightful day chatting w/ filmmakers, actors & producers from all kinds of backgrounds Thanks @tcfilmfest #TCFF15

Every year I’m thrilled to see such a great variety of films in the TCFF lineup. The trailers below are just a sampling of some of the trailers being shown at the preview night, ranging from studio features, documentaries, MN-made films as well as shorts.

I’m excited to see quite a few female filmmakers being represented this year: Patricia Riggen (The 33), Stéphanie Joalland (The Quiet Hour), Emily Ting (It’s Already Tomorrow in Hong Kong), just to name a few, as well as Vanessa Horrocks (MN-made indie Keepsake) whom I got a chance to chat on Saturday. Apart from Riggen, all of these filmmakers are debuting their first feature film!

Check out some of the trailers below:

In 1950s Ireland and New York, young Ellis Lacey has to choose between two men and two countries.

A retired orchestra conductor is on holiday with his daughter and film director best friend in the Alps when he receives an invitation from Queen Elizabeth II to perform for Prince Philip’s birthday.

Based on the real-life event, when a gold and copper mine collapses, it traps 33 miners underground for 69 days.

In the aftermath of an alien invasion, a feisty teenage girl sets out to protect her farm from human scavengers who will stop at nothing in order to survive in a post-apocalyptic world.

An attraction forms when a Chinese American girl visiting Hong Kong for the first time meets an American expat who shows her the way, but timing may not quite be on their side.

Told in non-linear fashion, TOO LATE explores the tangled relationship between a troubled private investigator and the missing woman he’s hired to find.

A 2015 feature-length documentary film by Jack Norton which follows the eccentric lives of band members competing in the annual Minneapolis Battle of the Jug Bands.

In Football We Trust

“In Football We Trust” captures a snapshot in time amid the rise of the Pacific Islander presence in the NFL.

A short film written and directed by Marcia Fields & Mike Spear, is about what happens when you wake up to the news you need to move on and move out… at exactly the same time.

Two women bond over dating fatigue and a love of film noir, created by the writer/director Matthew G. Anderson who made the Theater People web series.

Well, as far as weekend viewing in concerned, not much to report as we only managed to see one film, Star Wars: A New Hope. We’ve been planning to do a marathon of the original trilogy before The Force Awakens is released this December 😀 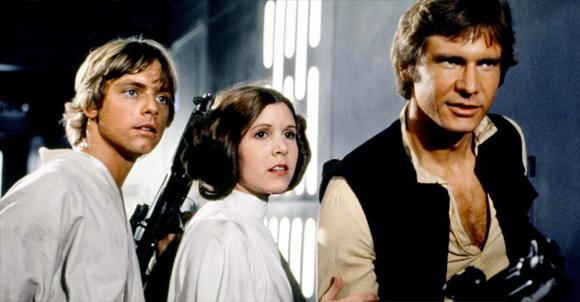 So what are your thoughts on these films? And did you see anything good this weekend?