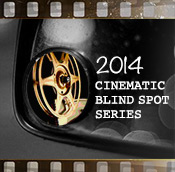 Since Blindspot posts are typically published on a Tuesday, I figure I’ll do the same with this recap. I’m glad I joined this series last year, which was spearheaded by Ryan McNeil at The Matinee, and continued by Dan Heaton at Public Transportation Snob. It’s truly a wonderful way to catch up on classic (or even newer films) that I’ve missed and see if they live up to the hype, as well as my own expectations.

Unfortunately I couldn’t complete all 12, so I didn’t get to see How the West Was Won and Time Bandits last year. But hey, that makes for a perfect Top 10, right? 😉 So below is my ranking of the 10 films I saw. Click on each title to see the full review.

For the most part, all of the films range from good to excellent. I mean the *lowest* rating I gave was 3.5/5 to The Philadelphia Story, which equals to about B– so it’s far from being a bad film. I kind of knew The Apartment was going to be my favorite of the year even when I saw it back in May, it’s darn near perfect IMHO, and I really could’ve given it a 5/5 instead of 4.5. Oh and I just realized I have TWO Robert Redford films on here, and he’s part of duo in both films (with Paul Newman and Dustin Hoffman, respectively).

I’m very curious how this year’s list will pan out, check out which 12 films I picked to watch for 2015 Blindspot Series.

What do you think about these films? Which one(s) is your favorite?