Ok, here we go again. Some of you who follow me on Twitter might’ve already known about my new crush but I want to make it official here that I’ve been suffering from Toby-itis. This kind of *infection* happens once in a blue moon… the last time this happened was with Gregory Peck nearly three years ago. With Toby, it appears to be a slo-burn kind of crush as I’ve noticed him a while ago and have always liked him on and off… but ever since The Machine, this casual admiration has turned into a full-blown obsession. Well, since he just turned 45 a few days ago on April 21, this post doubles as a belated birthday tribute for my new crush.

Yes, it seems I have a type… like most of my crushes, the London-born Toby is drop dead gorgeous, massively talented, incredibly versatile yet sadly VERY underrated… plus he’s both an eye + ear candy… Toby’s smooth voice is absolutely to-die-for. He definitely would’ve made my top 10 actors with smoothest voice list. I LOVE this fan-made vid that highlights my sentiment perfectly:

Though he has a lot in common with my other crushes, there’s a lot of *firsts* with my crushing on Toby…

You know you’ve got it bad when you’ve practically watched every clip of him posted on youtube, scoured every tumblr on said actor, read every single interview you could find… and still you can’t get enough. Oh and my tumblr is on fire once again 😉 I don’t drink so this must be what being intoxicated feels like. I finally ordered three Toby dvds from Amazon today: Jane Eyre (2006), The Tenant of Wildfell Hall (1996) and Cambridge Spies (2003). Can’t wait to watch ’em all!

I’ve always loved actors with theater background and Toby attended LAMDA and has performed with the Royal Shakespeare Company. In fact, back in 1994, he won the Sir John Gielgud Prize for Best Actor and the Ian Charleson Award for playing Coriolanus at RSC. [per IMDb] I stumbled upon this clip of an RSC workshop where young Toby (who resembled Tom Hardy a bit then) did a reading with a bunch of famous actors, see how many of them you can spot in this video. It’s always fun to think about the career trajectory of these actors.

How do I love Toby? Let me count the ways …

Oh where do I start? Words fail me to describe how I feel about him right now. I’m having heart palpitations every time I watch him, whether he’s being goofy, intense, sad, angry … he’s always magnetic.

I think the word most apt to use here is awe. I’m in awe of Toby’s sheer screen presence and incredible versatility. Of course I say that about a lot of actors I like but some actors seem to suit a certain genre more than anything, but Toby seems comfortable playing ANY role, whether it’s comedy, drama, action adventure, he always fits right in effortlessly. I think even the most famous Hollywood actors of today aren’t remotely as versatile. Oh and he can master any accent too, as you can see in a couple of clips below, his American accent is quite flawless.

The more I watch his performances, the more I think ‘why isn’t he more famous??’ just like I always say about Richard Armitage. But at the same time, I admire him for being a working actor, an artist who cares about his craft rather than clamoring for the fame and fortune.

He tells the DailyMail: I’d like to keep it at the “I’ve seen you in something, not sure what” level. Having a life and being grounded is really important to me. In this business, especially for guys, you can become so obsessed with where you’re at and where you think you should be that you get angry and screwed-up, and forget to value what you have.’

Beautiful AND sensible. That is quite a rarity in this business. 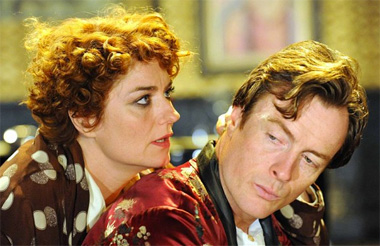 That same year he also portrayed Captain Flint in STARZ’s series Black Sails, a role that combines tremendous physicality to do the action stunts as well as dramatic chops. 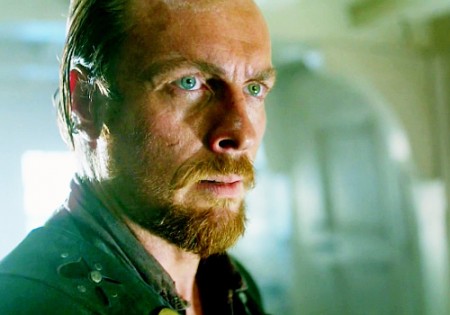 My colleague was the first one who told me about this show and though it’s not really my cup of tea, I’ve been watching clips of the show. I’ve never seen him so battered, bruised and covered in blood, yet I can’t take my eyes off him. I love how the show’s lighting made his green eyes sparkle against his pale, freckled skin.

Highlighting some of my favorite Toby performances

It pains me that most people only know him as the Bond baddie Gustav Graves (he’s the youngest actor to play a Bond villain) in the worst possible Bond movie ever, Die Another Day. I mean, Gustav is supposedly a Korean who’s been genetically grafted into being a Caucasian. Say what?? Even Toby himself said how exceedingly silly that role was, and how he had to *disappear* from Hollywood for a few years as he’s only getting offered villain-y roles.

So in case you’ve never heard of him or only seen him in a couple of things, I’d like for you to acquaint yourself with Toby’s amazing body of work. Here are just a small sampling of his multifaceted career in both TV and movies:

Ok so I’m not crazy about this adaptation but at least it didn’t put me to sleep like the 1974 version with Robert Redford. Toby certainly has dashing, refined but enigmatic charm, more swoon-worthy than Leo any day. I only wish they don’t have him grinning too much here. As much as I love his beautiful teeth, it just gets creepy after a while. Still, Toby is never NOT fun to watch and I enjoy listening to his flawless American accent. Paul Rudd is pretty decent too as Nick Caraway.

My pal Becky is laughing at me as I used to have a very different opinion on his performance as Rochester in Jane Eyre, as I’m so partial to Dalton’s portrayal, but now I’ve fallen for his passionate and decidedly more sexual take of the character. I couldn’t decide which scene I should include here, there are way too many highlights, but I find Toby’s voice so intoxicating in this very scene where he explains the story of his Parisian mistress Céline Varens.

“You do not know how it feels to the very beat of someone’s heart within one’s breast …” The way he looks at Jane… and THAT voice… it’s a potent combination if there ever was one.

The only character who manages to avert my eyes away from Richard Armitage’s Guy of Gisborne. Now, if you know me at all, that is quite something. It’s funny but I’d be watching the exact same Robin Hood clips but this time I couldn’t take my eyes off the deliciously hammy, caddish Prince John. Toby at his naughtiest best.

It’s amusing to see Toby and Andrew Lincoln are now stars of American cable shows. I sure hope Black Sails will have as huge following as The Walking Dead and that it will bring him more opportunities in Hollywood. Toby’s talent needs to be seen, people!! Erm, in any case, Toby’s sporting American accent once again, as a CIA agent no less.

I LOVE LOVE his goofball performance as the lazy, immature and irreverent cop. The show itself reminds me of Moonlighting with all the bantering between him and his clearly-superior female partner. It’s too bad there are only two seasons, I could watch this all day! Lucy Punch is great in the first season, too bad she didn’t stay on for the second. But Toby is a hoot, he’s really the only reason to watch the show for me.

… and finally, here’s a clip from The Machine (2013) that I’ve already reviewed here. First time I saw him in a sci-fi but again he fits the role of a mad-but-compassionate scientist perfectly. Once again he plays another tortured soul like Gatsby and Rochester, which is definitely his specialty.

I could go on and on… as right now all I want to watch and talk about is Toby. Thanks for letting me indulge on my new crush. I better just stop here … I can always blog about him again in the future 😀

So, what do you think of Toby Stephens? What movie/TV series did you like him in?

84 thoughts on “An appreciation + belated birthday tribute to Toby Stephens”