What a brilliant idea! My pal Paula, who’s a confirmed TCM addict, have often wondered what movies from the 21st century would stand the test of time, like Casablanca, Gone With The Wind or Out of the Past. Instead of just mulling those over on her own, she decides to get all of us movie bloggers to join in on the fun. And so the FUTURE CLASSIC MOVIES (FCM) BLOGATHON was born.

So what do we have to do? Well, we get to pick a movie (or more) from 2000 or later, and writes about why they think it will endure to become a Future Classic.

To me, the key to a film’s endurance has to do with the main subject matter itself, whether its theme will resonate with people no matter what age/era. The reason Casablanca achieved its iconic status and can still be enjoyed by a new generation 70 years later is that the theme of lost love, patriotism and sacrifice are all something we can relate and aspire to, no matter how many years have passed since WWII.

All of these films below are visually stunning, but just like people, looks can only be interesting for so long. It’s the substance and message that makes a movie timeless.

So with that in mind, here are three that I think has the ingredients to become a Future Classic.

It should be obvious but spoilers may be present in this post,
consider yourself warned.

If you’ve read this blog for a while you’d likely know I adore this film. It’s the first film that came to mind when Paula invited me, and in my mind, it already IS a classic and I believe generations to come would still appreciate this one even decades from now.

I selected the very same film two years ago for a blog-a-thon called Movies That Makes Going to the Movies Suck as this Ridley Scott masterpiece pretty much launched a trend of swords-and-sandals flicks that threatens to tarnish the original’s legacy. One sign of an enduring film is that some of its quotes are still used even today, but of course that alone won’t make a *classic* if it doesn’t have an engrossing story and fused with a thrilling spectacle of action and memorable performances.

Brain, brawn and heart… there’s not a lot of films that capture all three perfectly, and still manage to impress us visually with its amazing cinematography. Oh, and there’s the soundtrack. I still get chills listening to Now We Are Free, it speaks so beautifully about Maximus’ humanity. Oh I long to see this film on the big screen once again in all its glory. 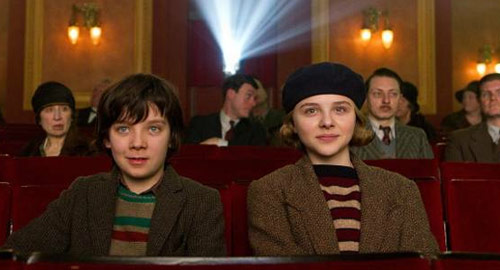 A love letter to the movies, what could be more timeless? At first glance, Scorsese’s first family film seems to be about this 12-year-old orphan boy Hugo Cabret who lives in a railway station. That’s pretty much as much as I know when I went it to see it, so what a joy it is when the film takes us into a journey that ties the boy with a real life French illusionist and filmmaker Georges Méliès.

Loneliness, abandonment, disillusionment are sentiment any of us can relate to as we’ve all felt it at some point of another. No matter how modern technology has evolved, even when we’re able to watch movies via a hologram or what have you, our humanity is what will connect us across generations. And that’s what films do in many ways. That’s why *classic* films shall always have a place in the modern world and years to come. Our great, great grand-kids will still likely be fascinated by how the past generations create the films that  become the medium they enjoy today.

The 1930s world with that marvelous vintage clock where Hugo lives in is absolutely enchanting. There’s something so magical about the way its filmed that captures your imagination. 3D will become old news one day but its charm and heartwarming story won’t likely be lost with the passing time.

Here’s another one from 2011 that’s also nominated for Best Picture Oscar. I didn’t plan it that way, but I do think both films has that certain everlasting charm, and not only because they’re both set in the city of lights. The fixation with time period of past and present drives the story here and the idea of time travel certainly has a lasting effect in cinema. It’s similar to Woody Allen’s other time travel fantasy The Purple Rose of Cairo, but even more beguiling.

The protagonist Gil is obsessed with a bygone era of the 1920s, so when he’s somehow magically transported to that period at midnight, the *lost generation* looks ever so fresh and as fascinating as ever. We watch in awe just like Gil marveling at its beauty… the car, the clothes, the music… and of course the seemingly immortal personas like Gertrude Stein, Ernest Hemingway, F. Scott Fitzgerald, Picasso… the people in history books that we’ll always treasure for years to come.

What’s more, the predicament Gil faces is something we can all relate to. No, I’m not talking about his obsession with a certain era, but about pursuing his dreams and having the courage to break free from his stifling life to do so.

The message about appreciating one’s life in the present will also resonate well no matter what era one lives in. Oh, and I haven’t even mentioned that Paris in the rain in the finale, it doesn’t get any more timeless than this. 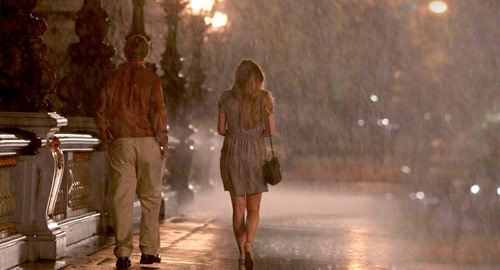 [read my Midnight in Paris review]

Do check out what other films people think will become a Future Classic.

Well, what do you think of my picks? Feel free to share what movie(s) you think have a long-lasting appeal.

68 thoughts on “The FCM Blog-a-thon — What movie(s) will become a Future Classic?”