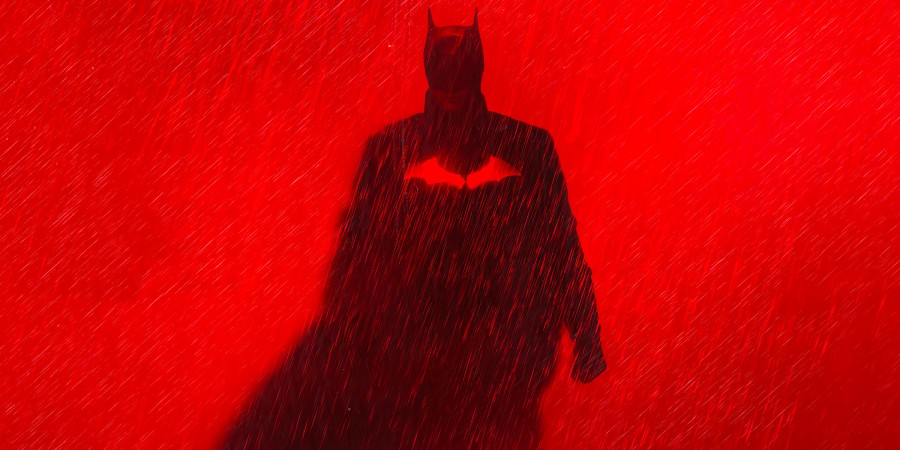 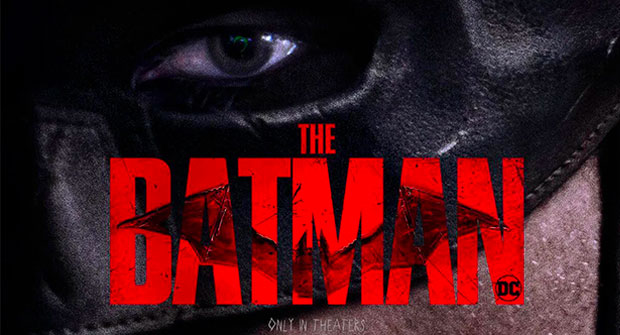 Even in a saturated comic-book movie market, I find it impossible NOT to be excited for The Batman. I love what Matt Reeves did with the Planet of the Apes trilogy, somehow he could make an oft-told subject matter feels fresh and new again.

It’s already well-known even for casual Batman fans that Gotham City is a city full of criminals, but Reeves delve into the depth of its corruption even further here. Right from its opening scene, the film starts with a brutal crime that rattles the city… the beginning of a reign of terror from one of Batman’s nemesis. The crimes are gruesome and vicious, Reeves really pushed the PG-13 boundaries as far as it could go.

Well, I have quite a lot to say so let me just break it down into the good and not-so-good category. I’ll be sure to mark spoiler-y bits (as I always do), so let’s start with the positives, shall we?

It’s more of a crime drama than a typical superhero movie. The Batman really does get to do more sleuthing than you’ve seen him in the previous adaptations. Those who love noir crime thrillers who aren’t into comic-book movies would likely enjoy this Batman version. Wherever James Gordon and the cops are at a crime scene, Batman is always around… much to the chagrin of the current city Commissioner (yep, Gordon is still just a lieutenant here). I enjoy every moment the ever-so-astute Batman figures out a clue before the forensic guy does, and every time he discovers where the Riddler spots the envelope intended for him.

I always appreciate a good character study with a strong arc. This younger Batman is someone who’s still learning who he is and what being a hero actually means. Bruce Wayne starts out as a vengeful beast, all rage and unbridled anger, but by the end of the journey, we see a change in him.

SPOILER ALERT: At the end he realizes vengeance doesn’t work for him, and when the city gets flooded, he’s willing to go from the top where it’s safer and protected, down to where the hurting people are. All the darkness are contrasted with him helping people in broad daylight, perhaps the only sunny day in Gotham.

Robert Pattinson’s Batman is less charming but more brooding and forlorn … inspired by Nirvana’s Curt Cobain, this one is certainly the grungiest Batman. I have to say I’m still adjusting to Pattinson’s take on the character. I’ve only seen two Twilight movies so far and he pushes the angsty, tortured-soul sensibilities into overdrive here.

Despite his morose vibe though, this Batman actually works well with others, as he’s often shown working alongside Gordon and even relying on Selina for intel from Gotham underworld. Though he is not quite a master in the crime-solving department yet, he’s got a strong instincts, skills and resources for becoming the world’s greatest detective. 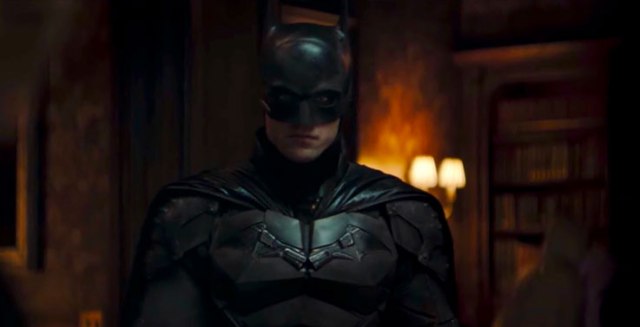 I have to talk about that cool costumes. Jacqueline Durran is on a roll, she’s the costume designer of Cyrano, Spencer and this one. The Batsuit looks more armor-y but actually practical, heck even the bat chest emblem is a removable knife! Yet it’s flexible enough to give Batman more mobility and you can see quite a bit of Pattinson’s jawline so he’s not completely covered by the cowl. I’m loving Selina’s Catsuit as well, which is cool and sexy without being trashy.

Zoe Kravitz is great as Selina Kyle, she’s got that cool vibe in the way she moves in her slinky leather outfit. Her journey in becoming Catwoman is an intriguing one, sans the freaky origin story a la Michelle Pfeiffer’s version whose fall down the window somehow makes her a phenomenal seamstress. Now, fans of the Comics might not be surprised by a certain revelation about her character, but it seemed to come out of left field for me. She and Pattinson have a sexy, flirty chemistry together that we don’t see in any of Nolan’s Batman films.

I like the focus on just one main villain and make him truly terrifying. Gone is the green leotard-wearing circus-freak of The Riddler, this version is sadistic and his vendetta is a personal one (which makes him even scarier). Paul Dano has never been more chilling on screen, his mannerism and way of speaking really gets under your skin. Yet his Riddler isn’t an agent of chaos like the Joker, there’s still a hint of humanity even as he commits the most heinous crimes.

Colin Farrell’s Penguin steals the show thanks to his unrecognizable hair & make-up and fat suit. He’s practically lost in the character and it’s so fascinating to watch. But good makeup can only take you so far, Farrell made the character his own here as the comic relief with his repugnant but hilarious performance. His NY accent is spot on as he apparently based his character after the weakly and overlooked Fredo Corleone in The Godfather. After seeing him here, I can’t wait to see the new Penguin-centric series on HBO Max!

The film’s plots seem to be inspired by today’s headlines and cultural zeitgeist. The first group-attack victim at the train platform is a man of Asian-descent, perhaps in reference to the ‘Asian hate attacks’ that occurred during the pandemic. The film also doesn’t shy away from the fact that Bruce Wayne is a rich white male living in privilege, the one orphan everyone takes pity on while a plethora of destitute orphans are lost and forgotten.

As seen in the trailer, the aesthetics are phenomenal… DP Greig Fraser is on a roll lately with Dune and this one. The film is decidedly dark in terms of lighting but it’s got some of the most spectacular visuals of the city. There’s a lot of rainy scenes, about a third of the running time is shot in the rain. Obviously photographers love the moody atmosphere of a rainy day, plus those reflections are golden, which Fraser puts to good use.

There’s a breathtaking aerial shot of Batman and Selina riding their motorcycles together at dusk… and of course the rooftop scenes are just incredible! I’d be disappointed if Fraser isn’t nominated for Oscar next year for his tremendous work here.

Reeves’ hyper-realistic world-building with production designer James Chinlund makes Gotham looks and feels livable. One expects a corrupt metropolitan, a cross between Chicago and NYC to be soiled, grimy and filthy… you could practically smell the dampness of the air and the rot of the menacing city.

The supporting cast are strong all around. Jeffrey Wright adds gravitas in every role he plays, so no surprise he’s been in SO many huge franchises in his career. I love seeing Batman working so closely with James Gordon here, and they have a playful rapport as Gordon pokes fun at Batman for having trust issues. At this point Gordon still has no idea Bruce Wayne is Batman yet, as Reeves doesn’t really want to bog people down with all the backstory of how the characters meet in the first place.

I also love the casting choice of Andy Serkis as Alfred, who balances the dutiful butler and a shrewd crime analyst role really well. Serkis obviously had a great working relationship with Reeves in the ‘Planet of the Apes’ trilogy, and he’s the kind of actor who can practically do anything. John Turturro has some memorable moments as Falcone, and his Italian-American roots makes him perfectly suitable for the role.

Last but not least, the music. This is perhaps my favorite score from Michael Giacchino. I know he’s done a ton of soundtracks, but somehow I don’t remember them as well as the work by other renowned composers. But his score here is haunting, sullen, ominous and solemn… incorporating part of the motif from Nirvana’s song’s Something In The Way. It complements the pensive tone of the film brilliantly and repetitive note has a hypnotic quality that I was practically humming it for days afterwards.

The Not So Good

The movie is 3 hours long! Now, as much as I enjoy the movie, I think editing can be tightened up quite a bit… all the scenes of Batman walking slowly at the police station and glowering at the officers gets too repetitive. The film also look way too dark at times (I don’t know if it’s just on the theater I was in) … I mean, yes it’s about the Dark Knight, but it’d be nice to be able to see most of what the hero is doing in the movie.

As much as I appreciate what Pattinson’s done with the role, I also feel his–and Reeves’—interpretation of Bruce Wayne is just too morose and depressed. He barely cracks a smile in the entire runtime, completely devoid of wit and zest for life. I am hopeful though that he’d lighten up a bit in the inevitable sequels, at least he’s not quite nihilistic as he still has hope for the city of Gotham.

So overall the positives far outweighs the negatives for me, despite the film’s deliberately depressing tone. Reeves made good on his promise to deliver a fierce and suspenseful Batman detective noir. This film feels more like a mystery crime thriller in which the protagonist happens to be a superhero. Given the plethora of Batman adaptations out there, Reeves still manages to create his own unique version that highlights the strength of the caped crusader as a phenomenal detective, and that alone is quite a feat.

I don’t think this one tops Christopher Nolan’s The Dark Knight for me, but I am looking forward to whatever else Matt Reeves will offer in his riveting Batman universe.

So what do YOU think of THE BATMAN?