As we enter into Novemberrrrr … with temps dipping into the 30s (Fahrenheit), I know I’m looking forward to staying in more until the rest of the year. Thankfully streaming services have a ton of new content… I know I’m anticipating WHEEL OF TIME series that’ll hit Amazon Prime on Nov. 19. Well, with Netflix, there’s never a shortage of content that sometimes it actually takes time to figure out just what to watch. So here are five movies I’m looking forward to this month (you’re welcome!) 😀

The Harder They Fall

When an outlaw discovers his enemy is being released from prison, he reunites his gang to seek revenge in this Western.

I’ve been wanting to blog about this but somehow I thought it’s coming out later this year. Well, it’s out tonight, and I can’t wait to watch! I’m not the biggest Western fan but with Idris Elba as a cowboy? Heck yeah!! He obviously can rock a Cowboy get-up, as he’s the only redeeming factor of The Dark Tower, ahah. 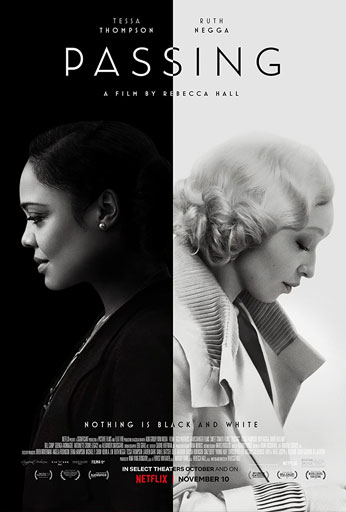 “Passing” follows the unexpected reunion of two high school friends, whose renewed acquaintance ignites a mutual obsession that threatens both of their carefully constructed realities.

I’ve been wanting to see this Rebecca Hall‘s directorial debut for some time as I read that she was inspired by her own family history. The term “passing” refers to the practice of members of minority or oppressed races, religions, ethnic groups, etc., pretending to be white (or otherwise members of the majority culture) to escape prejudice. Hall’s own mother, opera singer Maria Ewing and grandfather who were both biracial and had ‘passed’ themselves off as white so she wanted to explore that history that she never really had access to. I LOVE this evocative trailer and anything with Tessa Thompson is great in my book!

An Interpol agent tracks the world’s most wanted art thief.

Ok I have to admit there’s really not much to recommend this one other than to just ‘check one’s brain at the door’ and enjoy the ride! None of these actors are known for their dramatic acting skills but they are fun to watch. I read on IMDb Trivia that Dwayne Johnson, Ryan Reynolds, and Gal Gadot are each getting $20 million payday for their roles, dayum!! With a $200 million budget, it’s apparently Netflix’s biggest budget yet for a feature film. Man, frivolous fun sure is expensive, no wonder Reynolds can happily retire after this1 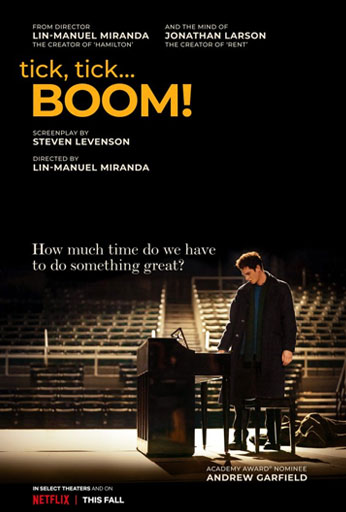 On the cusp of his 30th birthday, a promising young theater composer navigates love, friendship and the pressures of life as an artist in New York City.

Lin Manuel Miranda is one busy guy and he continues to stretch his creative muscles. This amusingly-titled movie is his directorial debut which stars another Tony award winner, Andrew Garfield. I love that Garfield has grown to be even more of a versatile actor since I first saw him in Boy A in 2007. I remember seeing him up close at Comic-Con back in 2011 when he introduced himself as Spider-man, standing mere inches from me. He’s obviously SO much more than a pretty face. As for the subject matter, I wasn’t too fond of RENT when I saw it on stage years ago, so I’m mostly curious to see the film for Garfield’s performance. 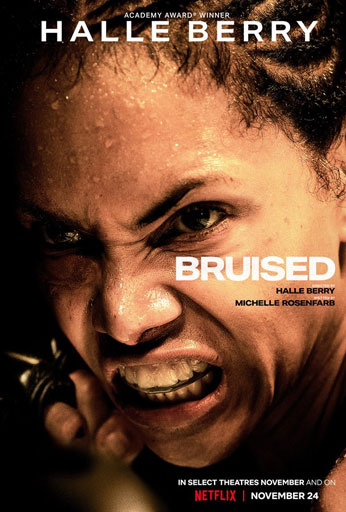 A disgraced MMA fighter finds redemption in the cage and the courage to face her demons when the son she had given up as an infant unexpectedly reenters her life.

Speaking of Ryan Reynolds, well I read on IMDb that his wife Blake Lively was going to star in it under Nick Cassavetes’ direction. I haven’t seen anything with Halle Berry as the lead in ages, I think the last movie I saw her in was John Wick 3. This one is also happens to be her directorial debut. Apparently Berry is a huge UFC fan and two of the actors in this film are actually real MMA fighters!

What do you think of this Novemner lineup? Which one are you looking forward to the most?

13 thoughts on “Five new Netflix movies to watch in November”