I can’t believe it’s July already… I feel like once July 4th is behind us, we’re already more than halfway done with Summer 😦 Well, I actually didn’t really do much movie/tv watching around the Fourth weekend as I prefer to make the most of Minnesota Summer outside.

I did watch quite a few things in June, some of which I haven’t reviewed nor even mentioned on the blog. But for those looking for new releases reviews, here’s a handy list:

Oh I also saw MIB: International which I can’t say was a good movie (read: it was awful!). Review coming sometime next week.

Let me start with the show I’ve been bingeing. Thanks to my friend Vony B who has a similar taste as mine in regards to British shows [and hunks 😉 ], she recommended me INDIAN SUMMERS on Amazon Prime. 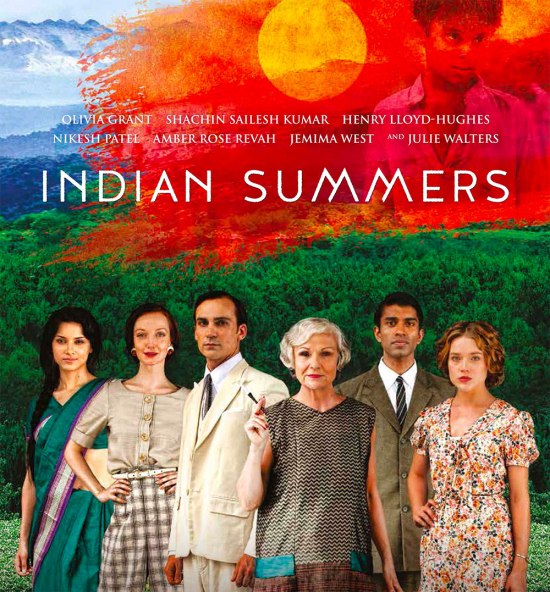 Period drama set in 1932 during the final years of British colonial rule in India.

I finished Season 1 in about a week, but took my time with the 2nd season as I kind of don’t want this series to end (there are only 2 seasons). I LOVE it, it’s kind of like Downton Abbey but with even more intrigue and higher stakes, and also feature a diverse cast. The show centers in Simla, in the foothills of the Himalayas, during the Summer, hence the name. The British colonialism story has been told before but what I love about this one is how the story is told by both sides, the British and the Indians. The characters from each group are both multi-dimensional… not every British are evil and all Indians are good or vice versa, lots of gray areas that make the show so compelling and intriguing. Kudos to show creator Paul Rutman for making such an addictive show and each episode always ends with a breathtaking cliffhanger!

My initial draw to the show is Julie Walters who plays against type as the ruthless and conniving Simla club owner. But soon I was rooting for Nikesh Patel’s Aafrin, the Indian man in a British suit who’s rising through the ranks in the Indian Civil Service. What period drama without romance? The secret ‘forbidden’ romance between Aafrin and Alice (Jemima West) is downright juicy! I’m only about 3 episodes in on season 2 but I’m savoring every moment. Even though I’m not done with the entire series yet, based on what I’ve seen so far I’m giving it a high rating.

So my friend Holly has reviewed the movie here, and I agree with her that it’s a lot of fun! I’m not the biggest fan of rom-coms (unless it’s written by Nora Ephron or Richard Curtis) and I love that this movie pokes fun at the genre while paying homage to it at the same time. “I had you at hello-copter” had me in stitches! I adore Rebel Wilson and she’s definitely the reason to see this.

Ok so when Netflix bragged that over 30million people saw this movie in its opening weekend, I was curious what the fuss is about. Well Adam Sandler and Jennifer Aniston are made for each other in this lush but vapid vacation comedy that’s practically devoid of suspense. Ok I gotta to admit the gorgeous locations are pure escapism, heck I’d love to be invited aboard a yacht by a perfectly-tanned tycoon who looked like Luke Evans. I told my hubby that if that’d ever happen to us, I’m definitely saying yes, ha! Of course I’d be hit by lightning long before that’d ever occur in my lifetime. It’s entertaining in parts, but I likened it to eating McDonalds… yes you enjoyed it but once you finished eating, you wished you’d eaten something far more nutritious.

I had never even heard about this movie before I saw its image suddenly flashed on Netflix. This is the fourth action movie of Noomi Rapace on Netflix I saw in the past couple of years, the previous three were What Happened To Monday, Bright and Close. Boy, the petite Swedish actress is truly a force to be reckoned with.

Here she plays a CIA interrogator who’s lured into a ruse that puts London at risk of a biological attack. It started out really intriguing but as soon as Orlando Bloom showed up, it became an old school spy flick where nothing is what it seems. It’s not as smart as you think however, which is disappointing given its gripping first act. The cast is filled with talented actors, Michael Douglas, Toni Collette, John Malkovich, but most of them are pretty wasted in bit parts. Rapace’s is interesting to watch however despite her stoic expression and no-nonsense demeanor. I’d say it’s still worth a look if you’re a fan of spy thrillers, and at 1hr 38 minutes, it’s pretty darn efficient. 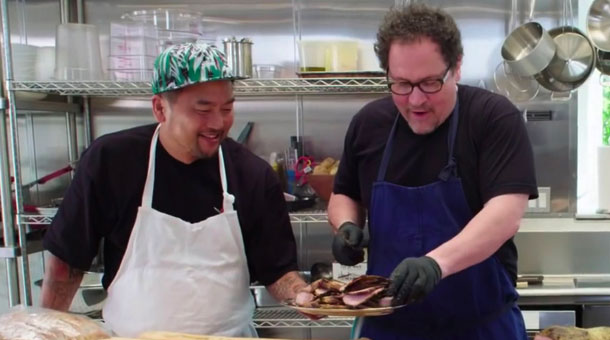 I think this show’s got more unwanted PR from Gwyneth Paltrow when she apparently didn’t remember she was in the first Spider-Man movie that Jon Favreau had to remind her. It’s too bad as it’s a really good show… just make sure you don’t watch it hungry.

Favreau was chef Roy Choi’s apprentice when he did the indie movie Chef (which I highly recommend). In the first two episodes, they made even the simplest food like grilled cheese so mouth watering. I don’t even like grilled cheese that much and I was salivating! Nice that Favreu has plenty of cool friends to stop by his show. In an Atlanta restaurant, a few Avengers (and its honcho), Robert Downey Jr., Tom Holland and Kevin Feige joined them for lunch.

I love the casual vibe of the show and the camaraderie of the chefs. Favreau and Choi seemed to genuinely each other’s company, and obviously enjoy what they’re doing that their joy is infectious. Can’t wait to watch the rest of the season!

…with Spider-Man: Far From Home closely behind.

So what’s the highlight of your JUNE viewing?