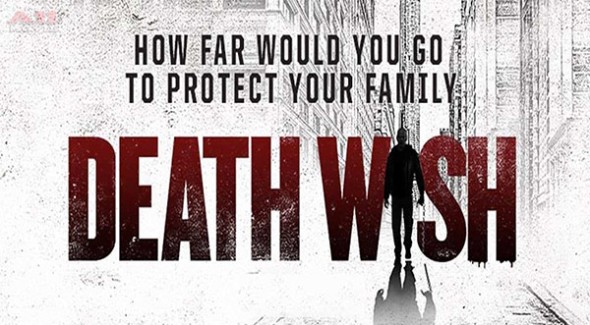 I hate using the word “guilty pleasure” when talking about films that I enjoy but I think the old Charles Bronson‘s Death Wish films are definitely my guilty pleasures. Of course, with Hollywood pretty much refusing to make any films that resemble any kind of originality, a remake of the 1974 film was inevitable. The remake was originally going to star and be directed by Sly Stallone, but he left for creative differences. Then Joe Carnahan took over the project but left because he didn’t agree with the studio’s choice of casting Bruce Willis as the lead. The project somehow landed in the hands of, of all people, Eli Roth, whose previous films were all torture porn. 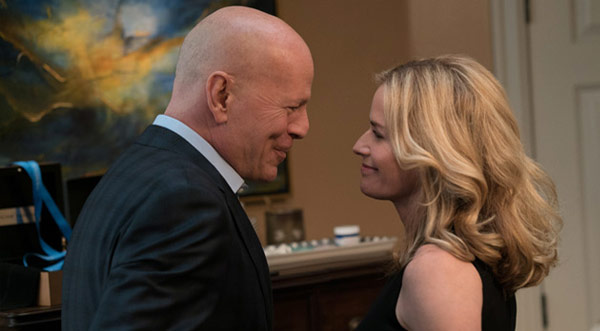 Dr. Paul Kersey (Bruce Willis) is living the good life, he’s got a great job, a big house that he shares with his beautiful wife Lucy (Elizabeth Shue) and daughter Jordan (Camila Morrone). One night while he’s away at work, thieves broke into his house, murdered his wife and left his daughter in a coma. Kersey’s world has now been turned upside down and when the authority couldn’t find his wife’s killers, he decided to turn into a vigilante. I think most movie goers are familiar with either the original film or this kind of story, it’s been told several times before and unfortunately there’s nothing new here in the remake.

Joe Carnahan gets the full credit for the screenplay but apparently Roth and another writer rewrote much of what Carnahan wrote but the screen writers guild gave all the credits to Carnahan. He probably wish his name doesn’t appear in the credits because the story is quite generic. I’ve never read the novel that it’s based on so I don’t know how close it is to the source material.

I’m not a fan of Roth’s work, I don’t find his kind of horror films entertaining. I was skeptical about him doing an action picture and fortunately he did an okay job. He didn’t try to make it into a dark and serious action picture. But he never elevated the material to anything special either, the only thing he added was the extra gore during the action scenes. Also, I don’t think he really knows what kind of picture he wanted to make. Does he support vigilantism or is he against it? A lot of scenes sort of contradict each other.

The performances by the actors were fine, I think Willis tried to add some depth to his character but it didn’t really work. He’s kind of flat on many scenes. His character started out as someone who tried to avoid conflicts but he became John McClane once he lost his family. The only shining performance was Vincent D’Onofrio who played the brother of Kersey and the voice of reason in the story. All of the supporting actors were pretty generic.

At a time where gun control talks are dividing people in this country, this film doesn’t really need to be made. To be fair though, the film was finished way before the mass shootings that happened within the last few months here in the States. For the people don’t like gun violence, you best to stay away from this film. But anyone who like trashy B-action films, then you might enjoy it.

So have you seen Death Wish? Well, what did you think?