This latest film from Laika is a 3D stop-motion animated film. It tells the story of Kubo, a boy who comes across the ocean as a baby, adrift with his mother, fleeing some sort of great danger – one that has left him with only one eye. In hiding, he grows into a young boy and demonstrates a magical affinity for storytelling and origami. He uses this gift to mesmerize the townsfolk with tales of great warriors and monsters for a bit of money. Meanwhile, his mother, also possessing magical powers, is slipping away in a deep melancholia and fading memories. She forbids him to stay out after dark for they are being hunted by those responsible for taking his eye. As the story progresses, this inevitability comes to pass and those forces catch up to him.

Kubo and the Two Strings is a gorgeous film. Laika, which builds on its resume of Coraline, Paranorman, and The Boxtrolls, has slowly and meticulously been perfecting it’s craft in the genre. 4.3 seconds of animation was produced in a day – the film taking 5 years to complete. Its look is stylish and impressive, fooling this reviewer’s eye into thinking it was done completely in the CGI domain.

Even more impressive are the themes the film tackles: love, life, death, rebirth, grief, the idea of memory as sacred and divine, and the power of storytelling. In this sense, “Kubo” strives for Studio Ghibli territory and is much closer to Miyazaki than any Dreamworks/Pixar/Disney offerings of late. It is appropriate to describe “Kubo” as a Samurai film as it has elements reminiscent of Kurosawa especially in its depiction of evil and the supernatural, as well as the hero’s journey. 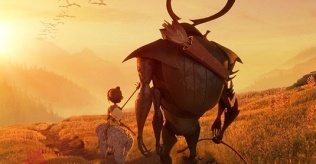 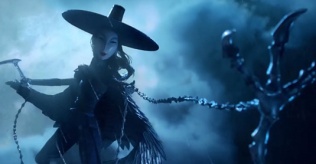 …
While the film doesn’t completely succeed in its efforts to address all of these themes, it doesn’t fail either. Kubo should be lauded for not dumbing down its ideas to cater to the lowest common denominator. There is a darkness and melancholia added on to the film’s optimism and humor – and this seems fitting to its execution: simple with a dash of complexity. I also found its un-sentimentality refreshing in the era dominated by the Frozens and the Finding Dorys.

Kubo and the Two Strings is not perfect but it makes a valiant effort in a mature way. The filmmakers should be commended for that.

Note: the film has some scary images and sequences and not recommended for kids under 10.

So what do you think of Kubo and The Two Strings? Let us know what you think!