When I first heard of the premise of this film, I was already sold. Then I saw the trailer and I knew it’d be a bizarre film, but nothing could prepare me for how bizarre it turned out to be. The film is set in a dystopian near future where it’s unlawful to be single according to the laws of The City. So they’re taken to The Hotel where they have to find a romantic partner in 45 days or they’d be transformed into a beast of their choice and sent off into The Woods. You’d think that’d be easy but they have to find partners who share their unique characteristics. 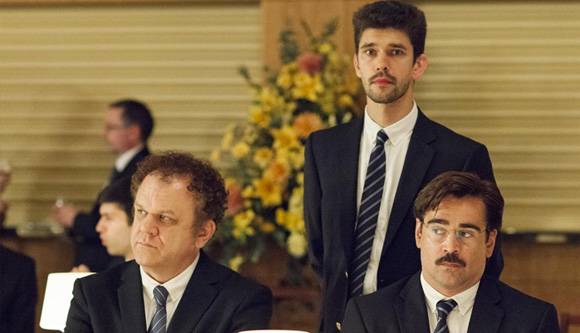 We first see David (Colin Farrell), a recently divorced architect and his dog who’s actually his brother who didn’t make the strict 45-day rule. Even the conversation with the hotel clerk is so off the wall you can’t help but laugh. Later on I realize that David is the only one who has a name in this film, the other characters are only credited with their unique traits, or you could also say affliction. Ben Whishaw is the Limping Man, John C. Reilly is the Lisping Man and so on. The fact that the film is played straight with the actors delivering the weirdest dialog in a deadpan way makes it so hilarious. I find myself chuckling at the sheer peculiarity of it all, but yet I know there’s more to this than just a series of outlandish scenarios.

The film is inherently a comedy but it’s not just frivolous silly movie, but it’s a clever and unique way to make you think of relationships. The first half of the film shows the strict rules and customs of The Hotel, managed by the always-entertaining Olivia Coleman. Then the second half takes place in The Woods where single-dom is celebrated and romantic/sexual activity is severely punished. I have to admit that the film seems to lose its footing a bit in the second half as it’s not as engrossing. It also grows more sinister and there’s a pretty violent scene that made me wince. In the Woods is where we meet its leader (Léa Seydoux) and the Short-Sighted Woman (Rachel Weisz) with whom David forms an attachment. 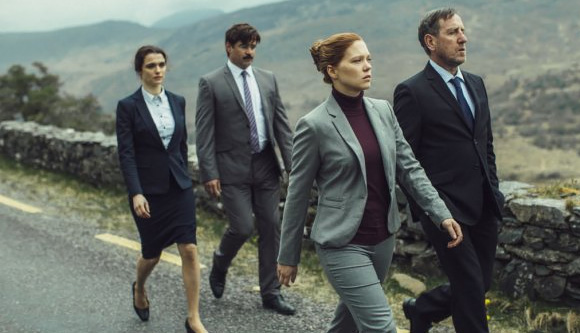 Now, to say more would be a disservice to those who haven’t seen this. I think it’s best going into this not knowing much about it other than the basic premise. The way things unfold is so amusing and it’s open to your own interpretation. Greek writer/director Yorgos Lanthimos who co-wrote the script with Efthymis Filippou doesn’t spoon-feed you what he thinks about relationships. He doesn’t take sides on couple-dom vs single-ness, but he presents things in such a way that make you ponder about it for days. I really don’t know how I could survive in either scenario as there are dire consequences for your actions in both places. I appreciate Lanthimos’ style and this is certainly one of the most original concept I’ve seen. I’ve loved sci-fi concepts that’s more grounded in its presentation and the world the characters inhabit in this movie certainly looks plausible. The cinematography is beautiful with natural light and has a rather somber ambiance that stops just short of being morose.

The acting is brilliant all around. I’m most impressed with Farrell who’s perhaps at his most understated here. He looked so pudgy with a huge belly, a physical look I haven’t seen before as he’s not quite the shape-shifter like say, Christian Bale. His character is mostly passive and reflective, as he internalizes everything as he observes everything that’s going on around him. It’s quite interesting to watch his journey through the film, going from compliance to defiance to rebellion, right down to its ambiguous conclusion. Rachel Weisz is wonderful as always, she’s got many intriguing projects recently and she’s an actress I’ve grown to respect even more.

The finale proved to be rather frustrating and I think that’s what the filmmaker intended. It seems as if David was set out to do something really drastic, but the film ended before we know if went through with it. [SPOILER ALERT – highlight text to read the following sentence] As David brought a fork and knife, it seems to suggest he was going to blind himself so he’d share the same characteristic as the now blind Rachel Weisz, though I wonder why as he’s already escaped the strict confines of both The Hotel and The Woods.

Despite my frustration with some aspects of the film, I still have to give it top marks for originality and thought-provoking ideas. This is the first film from Lanthimos I’ve seen so far, but his previous films (Alps, Dogtooth) also have a peculiar concept. This is definitely unlike anything I’ve ever seen and I’m glad we have a filmmaker like him that pushes the envelope. I’d say if you don’t have an aversion to strange films, I highly recommend this one and you’d be glad you did.

Have you seen ‘The Lobster’? I’m curious to hear what you think!