I cannot fix the hour or the spot, or the look or the words which lay the foundation…I was in the middle when I knew it had began…

That was a quote from Mr. Darcy in Pride & Prejudice & Zombies and that pretty much applies to how I feel the same way about the actor playing him… Sam Riley. 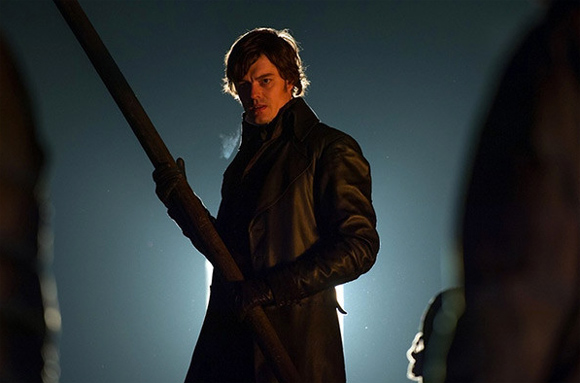 I fall even more under Riley’s spell now… [le sigh]

Ok, so yeah, about that weekend roundup, well the past couple of weeks has been filled with quite a few Sam Riley movies: Control (2007), Maleficent (2014), Byzantium (2012) and Franklyn (2008). I didn’t get to see Brighton Rock (2010) yet but hopefully later this week. I’m astonished at his chameleonic ability as an actor, my appreciation post on him will be quite massive let me tell you.

…
I did see one new release this past week, Whiskey Tango Foxtrot, and got a chance to chat w/ the author of the book it’s based on, Kim Barker. Review & interview of that coming next week.

Ok, so these are my weekend viewing roundup, starting with…

Pride and Prejudice and Zombies (2016)

///
So this is the first 2016 movie I saw twice on the big screen… and I could’ve gone for a third if it’s still playing for another weekend. Alas, I’d have to settle for all the fun gifs and clips on Tumblr until the Bluray comes out. As you may’ve read in my review, I bloody love this movie and I enjoyed it even more the second time around. Sam Riley & Lily James are now my favorite Darcy & Lizzie pairing amongst the plethora of P&P screen adaptations.

///
Ok so naturally, watching an alternative Jane Austen movie makes me want to re-watch one of my faves from a couple of years ago. As far an Austen-inspired films go, I actually think this one is even sillier than PPZ movie, believe it or not. Some of the supporting characters are so out there and freakishly bizarre that it made me cringe at times (though that Captain East is one spectacular eye candy). Jennifer Coolidge is a hoot but she went waaay over the top at times, yes even by her standards. But the romance of Darcy & Jane (JJ Feild & Keri Russell) is lovely and of course all the misunderstandings and repressed emotions are all the stuff Austen movies are made of. (my full review)
/// 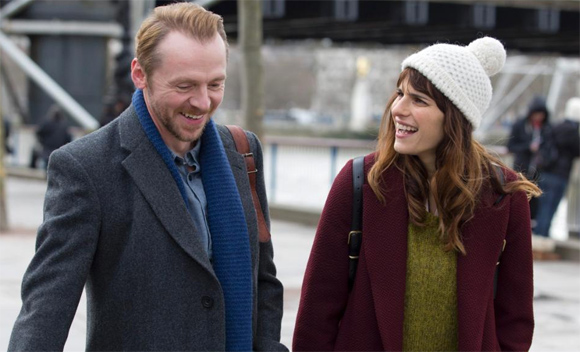 This British rom-com has a rather unconventional pairing – Simon Pegg & Lake Bell, and that’s the reason I rented it. Bell played a single woman who inadvertently *stole* a stranger’s blind date, and the film took place over the course of a single night. Bell is a natural comedienne and here she gets to show her comedic chops, and also do a pretty convincing British accent.

It’s a pretty fun rom-com even though it doesn’t always avoid the trappings of the genre and is ultimately predictable, but the two likable leads made the movie feels fresh and genuinely funny. Rory Kinnear, who I often see in more serious movies so far, is so hilariously unhinged as Bell’s not-so-secret admirer. I LOVE the London scenery, both during the day and night, which adds to the film’s charm. The finale could’ve been a bit tighter and less verbose, but I think overall this movie is well worth checking out.

Well that’s my weekend recap. So what did YOU watch this weekend? Anything good?