I had trepidation about seeing this film as I’ve only seen one Rocky film and I’m not really a boxing movie fan. But my hubby really wanted to see it, and so we went and am I glad I did. Here’s our review:

Doing a spinoff of a franchise that hasn’t been a box office hit for long time could be risky but somehow director/writer Ryan Coogler was able to convince not only the studio executives but its star Sly Stallone to revive this once box office gold of a franchise. What’s even more surprising was how good the film turn out to be and it’s one of favorite films of the year. 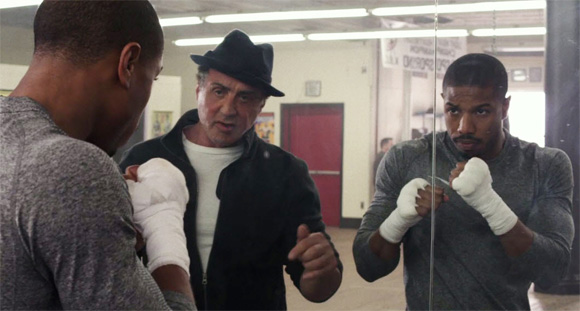 Adonis Johnson/Creed (Michael B. Jordan) is a young man who wants to be professional boxer; he found out early in the story that his late father was a fame-boxing champ Apollo Creed (Carl Weathers). Creed’s widow Mary (Phylicia Rashad) took in the young Adonis and raised him as her own son. Unlike other boxers who needed to box in order to make a living, Andonis grew up in a privilege lifestyle but he yearns to be a boxer. Even a promotion at his corporate job won’t keep him from pursuing his dreams. So he quit his job, moved to Philly and tried his hands at a professional level boxing. But after he got beat badly in a “friendly” bout, he realized he’s not ready and asked Rocky Balboa (Sylvester Stallone) to train him. Rocky has walked away from the ring after his last victory match and never wants to be back. He’s now happily running his Italian restaurant.

But the young Creed is persistent and wants to create his own image, he doesn’t want to be known as the son of the great Apollo Creed. He even found time to romance a local musician named Bianca (Tessa Thompson). The story of this film is similar to that of the original Rocky, it’s about an underdog who’s determined to be the best. The film features the usual training montage, great fight sequences and fans of the franchise will happy to know that we do get to hear that famous Rocky’s theme. But Creed does have his own theme though. 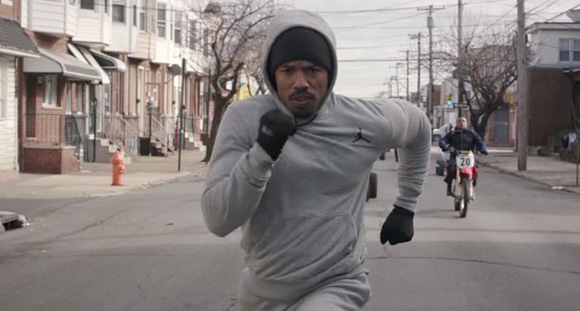 The performances by the leads were quite excellent. Jordan excels in his first leading role; his fierce demeanor is very similar to that of Weathers’ Creed from earlier films. Thompson’s Bianca is not just another pretty face love interest, she has her own ambitions and chemistry between her and Jordan were quite believable. The person who steals the show for me though is Rocky himself. Here I think Sly gave maybe his best performance of his career. Rocky is now an old man and he realized he doesn’t have much in life; all of the people he cared about are all gone. By training the young Creed, he can have a family again and maybe have one last glory as a trainer to a champ. I won’t be surprised if Stallone gets an Oscar nomination.

I’ve never seen any of Coogler’s previous films but after this one, I’ll have to check out his work. I was surprised how well he put this picture together; I was involved in the story from beginning to end. He even shot a single take for one of the boxing matches in the film; it’s an incredible sequence. What really impresses me was the way he’s able to blend in the nostalgic feel of the earlier films and then injects some 21st century style into this film. He’s a real talent and I’m looking forward to his next film.

Creed is a great spinoff/reboot of a once popular franchise. It contains great performances, tight direction and reminds you to never give up your dreams. I can’t wait to see the next chapter in Creed’s pursue of becoming the best boxer in the world.

There has been far too many reboots and spin-offs and more often than not, it’s just a money-making scheme. But once in a while, emerged a gem that actually earns its merit and Creed is no doubt one of them.

Though I’ve only seen one Rocky film, I read a little bit about the friendship of Rocky and Apollo Creed, the father of the film’s protagonist, and it certainly helped me understand the story better. The film began with a brief but meaningful introduction of Adonis, who clearly has his father’s talent, as well as ambition as a boxer. Determined to make his mark in the sport, Adonis moved to Philadelphia. He ended up finding an aging Rocky Balboa at his restaurant, naturally named after his beloved wife Adrian. It’s a memorable scene that promises great things to come from this eventual mentorship.

The relationship between these two is the heart of the film and filmmaker Ryan Coogler is wise to keep that be the focus of the film. He didn’t squander it by over-complicating things or adding unnecessary subplots, and that’s largely why the film worked so well. There’s an effortless chemistry between Sylvester Stallone and Michael B. Jordan almost straight away. There’s an interesting banter between the two that’s funny and heartfelt, and it gets even better as the film goes on. 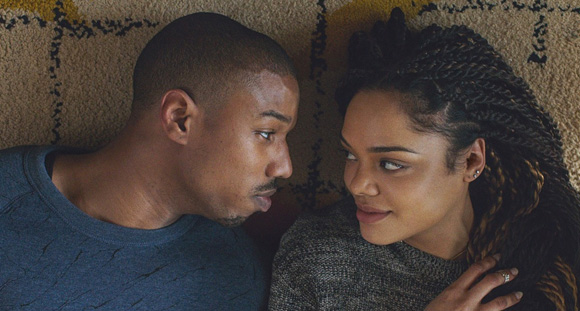 One of Adonis’ journey involves a love story with a beautiful up-and-coming singer Bianca (Tessa Thomson), but I’m glad she’s given an intriguing character arc and not simply just a ‘pretty girlfriend’ role. Yet the film paid more attention to Adonis’ relationship with Rocky, which ultimately is what the film is all about. Most of conversation takes place during training and it certainly will please people who love boxing and boxing films. But even for someone like me, I find those scenes extremely dynamic and entertaining. 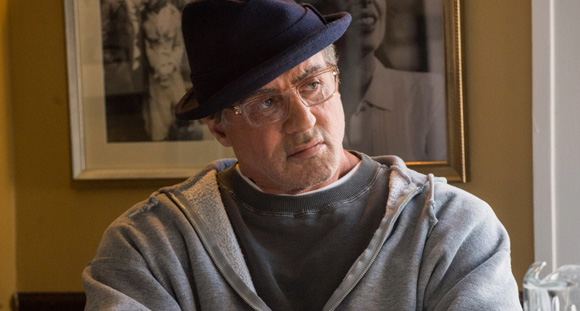 Much had been made about Stallone’s excellent performance and you know what, it lived up to the hype. It’d be interesting if he did end up being nominated for an Oscar, as he did in 1976 for the first Rocky film. I’d think would mark some kind of record that the same actor is nominated twice playing the exact same role. He’s definitely my pick to win a Golden Globe for Best Supporting Actor. He obviously had lived and breathed this role for many years, and if this were to be his swan song to the franchise, well he couldn’t have left on a higher note. His performance is convincingly heartfelt, showing a gentler, wiser and more vulnerable Rocky who thinks he’s got nothing much to live for anymore. What started out as a mentorship slowly builds into a genuine friendship between him and Adonis, and they both end up helping each other when they need it most.

For a boxing film, the film isn’t graphically violent. There are basically only two major fight sequences but both are done VERY well. There’s one that was done in a single take and it was quite a scene to behold. Real-life professional boxers Andre Ward and Tony Bellew play two of Adonis’ oponents which adds a touch of authenticity to the scenes. The script by Coogler and Aaron Covington have a wonderful balance of humor and emotional touches, which honors the original Rocky story that breathes life into the new hero. But nostalgia could only work so much and so it’s wise that Coogler didn’t drown the film with it and lets it stand on its own merit. Even its use of the Rocky theme is perfect, it’s brief but it came just at the right moment.

Ultimately this is Jordan’s film and he’s certainly perfect in the role. He’s reunited with Coogler who directed him in Fruitvale Station. I haven’t seen that one yet but clearly this has been quite an erm, fruitful collaboration between the two and I look forward to seeing more from both of them, together or separately. This movie is such a pleasant surprise of the year, an entertaining as well as inspiring film that should please loyal fans and win new ones.

So have you seen CREED? Well, what did you think?

Leave a Reply to The Telltale Mind Cancel reply