Well May turns out to be quite a busy movie watching month! Surprising since I only went to one press screening all month (Tomorrowland). I am looking forward to quite a few screenings in June: Spy (this Tuesday!), Inside Out, Jurassic World and Terminator Genisys. I REALLY want to see Me and Earl and the Dying Girl but that’ll be three screenings back-to-back in a week so not sure I can fit that one in.

Music Break: Not Another Happy Ending

Far From The Madding Crowd 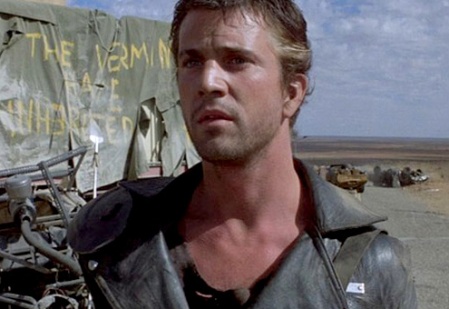 After seeing the stellar Mad Max: Fury Road, my hubby and I saw The Road Warrior (1981) this weekend and we loved it! I think I’ve seen it years ago when I was a wee kid but I could remember much of the plot so it felt like new to me. Clearly the Mad Max franchise is George Miller‘s magnum opus and even though it was made over 3 decades ago, it still has a certain timeless quality about it and the action set pieces are fantastic despite the limited budget compared to this latest one. I’d rank Road Warrior as high as Fury Road, though certainly the Furiosa story adds a great deal of emotional depth to the film. But hey, 25-year-old Mel Gibson was pretty damn hot in his prime 😉

It’s a month late but I thought I’d still post my friend Josh’s and my top 3 picks from MSPIFF as some of the films are now available to rent on VOD.

3: The Secrets of War
A rushed ending notwithstanding, The Secrets of War is quite good. All three child actors are solid to excellent; the thematic and dramatic heft of the narrative carry the film; and the picture’s sense of period is terrific. That there are some deeply moving moments interspersed throughout helps, as well.

2: The Keeping Room
Powered by strong performances from Brit Marling, Sam Worthington, and Muna Otaru, The Keeping Room fuses multiple genres well. At times, director Daniel Barber and writer Julia Hart make this dark civil war film suspenseful; at other times frightening; and at other times emotionally rife. Of course, it also helps that Barber’s visual aesthetics are a feast for viewers’ eyes.

1: The Connection
The Connection overcomes a predictable plot by depicting complex characters. It also capitalizes on a perfect ending that captures proper thematic heft at the same time it fittingly ends the characters’ paths. Terrific performances from Jean Dujardin, Gilles Lelouche, and Celine Sallette make this a film worth seeing, as well.

3: El Critico
I enjoyed this one immensely! Being a film blogger, I definitely identified with the protagonist, and I totally share his scorn for most Hollywood rom-coms. Definitely worth your time when this movie is available to rent.

2: Clouds of Sils Maria
Seems tradition that I see a Juliette Binoche movie at MSPIFF and this is the best one yet! She came up with the premise of the film and director Olivier Assayas did a wonderful job penning the script and made the story come to life. Both miss Binoche and Kristen Stewart are tremendous here and the film work largely due to their performances.

1: Girlhood
I rewatched parts of this French drama now that it’s on Netflix and I absolutely adore this film. Thanks to this film I discovered the lovely Karidja Touré in her mesmerizing acting debut. No doubt one of the best and emotionally-compelling coming-of-age film I’ve seen in some time.

I’ve been wanting to see What We Do in the Shadows ever since I saw the hilarious trailer months ago. Well this New Zealand mockumentary had me in stitches, it’s as hysterical as I had hoped and then some. If you’re a fan of vampire/werewolf movies, or just great comedies in general, I can’t recommend this enough. It pokes fun of the classic horror genre, but in a way it’s an homage to it at the same time. I sure wish they’re making a sequel of this as I would watch it in a heartbeat!

So that’s my May recap. What’s YOUR fave movie(s) you saw this month?
…