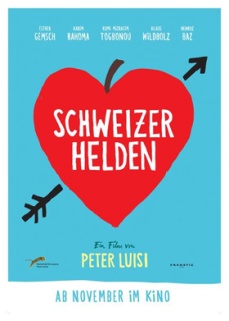 An uneven picture, Unlikely Heroes is about Sabine (Esther Gemsch), a middle-aged woman in the midst of a lengthy separation from her husband and devolving relationships with friends. She is emotionally unstable. But when she stumbles on a home for asylum seekers, she finds purpose in trying to introduce psychodrama, a form of improvisational acting meant to help people accept their past, to the residents. When the asylum seekers, her would be pupils, seem more interested in performing Schiller’s William Tell play, Sabine opts instead to direct the theatrical production.

Unlikely Heroes greatest merit? Most of the asylum seekers, both in terms of characterization and performance. Punishment (Komi Mizrajim Togbonou, award worthy) is fascinating. Ditto that for Elvis (Karim Rahoma, almost as good), Remzi (Nuroz Baz) and Bahar (Uygar Tamir). 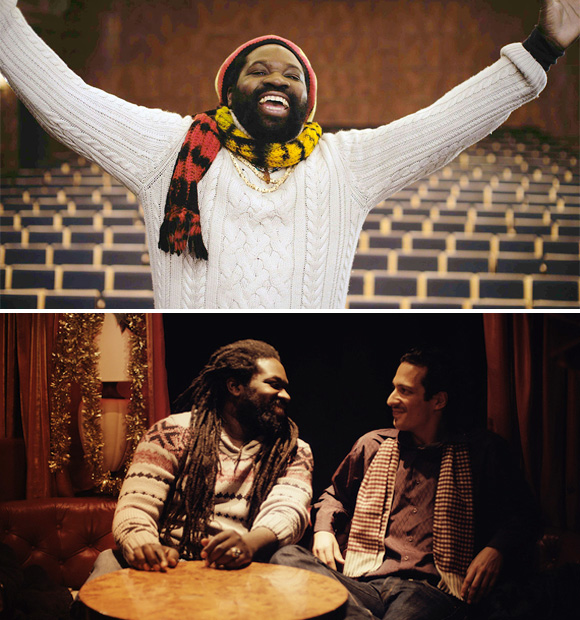 This is doubly troubling because it leads to the film’s second biggest flaw. Because Sabine (the character, not the actor who plays her) cannot carry the picture’s emotional heft, Unlikely Heroes winds up being thematically preachy, despite its feel-good-story intentions.

All of which is a shame. With characters like Punishment, Elvis and the other asylum seekers, there is a great film hiding in Unlikely Heroes. We just don’t get to see all of it. 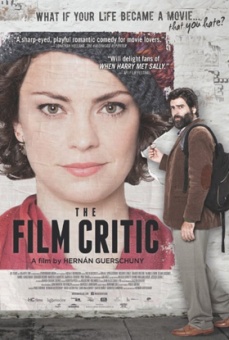 I was immediately drawn to this Argentinian comedy as it’s a commentary of the state of Hollywood movies, the rom-com genre to be exact. Victor Tellez (Rafael Spregelburd) is a film critic of a local newspaper, and right away we learn how weary he is of the current state of movies he has to watch day after day. He calls it the ‘maladie du cinema’ as he sees life as a big movie that he absolutely loathes.

I find the movie hilarious and engaging from start to finish, thanks to Rafael’s expressive performance. I’ve never seen him before but I enjoyed his deadpan comedy style and sarcastic humor. The dialog between him and his fellow film critics criticizing various movies are amusing because I find myself agreeing with them. Tellez’s teenage niece LOVES Hollywood rom-coms, and there’s also a hilarious scene where they watch clips of The Notebook, Jerry Maguire, Pretty Woman, etc. and Tellez pointing out all the clichéd formula of those movies.

Whilst desperately seeking for a new place to live, Tellez met a mysterious girl Sofia (Dolores Fonzi) who he thinks is trying to steal his dream apartment. An unexpected romance happens, much to his bafflement, and before he knows it, it’s as if his own life morphs into a movie he can’t stand. One of the funniest moments was when Sofia took him to an abandoned ship and she stood at the bow imitating Rose from Titanic, to which Tellez immediately quipped ‘Mon Dieu!’ (OMG) in horror.

The film is set mostly in Spanish with occasional French as Tellez thinks in his second language for some reason, which makes it more amusing. There are some silly moments and the subplot about this young director who takes offense to Tellez for lambasting his film. There’s a bit of suspense towards the end in relation to this scene but it feels more of an embellishment that doesn’t ultimately adds much to the story.

Despite those small quibbles, overall I was entertained by El Crítico. As a film blogger, I can somehow relate to Tellez and I find his curmudgeon attitude hilarious and even endearing. Apparently the film is a directorial debut from Hernán Gerschuny who also wrote the script. I’d say it’s a pretty darn good debut accomplished with a shoestring budget. I haven’t had a genuinely good laugh at the theater in a while, so it’s always nice when that happens. I also love the premise of a movie about the movie industry, and this is one comedy I wouldn’t mind watching again.

Thoughts on any of these films?