Oh boy, what a thrilling, fun and exhilarating 10 days it’s been!! Pardon the late Closing Night recap, I stayed up pretty late last night at the Closing Night party, as I missed the past few years’ festivities. It’s so awesome that this year we’ve got a great spot for our Nightly Mixer at the Shops at West End, just a few doors down from The Showplace ICON Theatres! It’s definitely been a great success once again, woot woot!

Congrats on 5 great years, @TCFilmFest ! Here’s to many many more! pic.twitter.com/qPHuHX6Rat

This is the fifth year I’ve been covering TCFF and I have to say this is truly the BEST year I’ve had. Of course it seems that I say that every year but this year is absolutely amazing. I’m so glad I got the chance to chat with many great filmmakers and talents who are all gracious and friendly that made every interview such a joy. Special thanks to Haley Lu Richardson, Rik Swartzwelder, Drea Clark, Jonathan Ehlers, Patrick Ward-Perkins, Molly Ryman, Tyler Noble, George Finn & Bradley King for taking the time to chat with me during the Film Fest! I’ve always got butterflies in my stomach before I go into any interview, but my qualms/nervousness quickly disappear as soon as I met each talent. It’s been a blessing to be a part of this great organization, so Jatin, Bill, Steve, Dani, Naomi, etc. I really mean what I said in my tweet last night …

…
I also want to thank all the blogging contributors Sarah Johnson, Josh Petitt and Adam Wells. I wouldn’t have been able to do all those interviews AND do every single review, so MASSIVE THANKS for all your help, guys!
…

So here are this year’s winners of TCFF 2014 Awards! 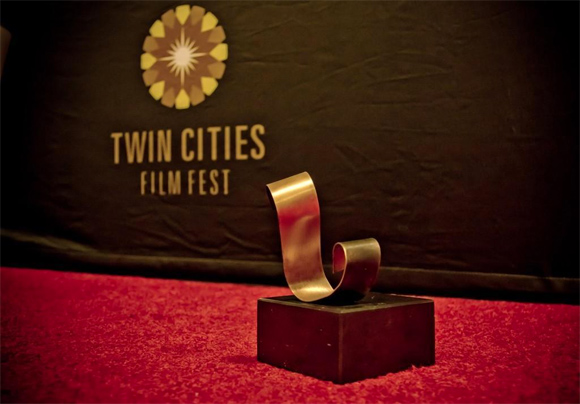 The Twin Cities Film Fest bestowed eight films, two artists and one local community leader with awards late Saturday evening during a star-studded ceremony in downtown St. Louis Park. Leading the roster of winners was The Imitation Game, the World War II espionage thriller starring Benedict Cumberbatch as mathematician Alan Turing that is widely considered to be a frontrunner for the year-end awards race. The film took home the festival’s trophy for Best Feature Film. (See the festival’s complete list of 2014 finalists, which were announced Oct. 23)

Also honored: Keira Knightley, winner of the TCFF North Star Award for Excellence for her performances in two official festival selections: Laggies and The Imitation Game. “When you see this body of work paired together, there’s no denying the acting force that is Keira Knightley,” said TCFF Artistic Director Steven Snyder. “There’s such a range of talent on display here – funny, heroic, vulnerable, defiant, haunted, and always compelling. She breathes life into personalities and perspectives that are worlds apart – and yet proves charming, charismatic and irresistible every time out.” Hear, hear!

Saturday evening’s ceremony marked the culmination of the 10-day festival, which screened more than 75 titles – a mix of independent premieres and Hollywood sneak peeks – at the Showplace ICON Theatres. In addition to the annual October festival, the Minnesota-based non-profit organizes year-round programming, as well as industry networking events and educational opportunities. Learn more at twincitiesfilmfest.org. 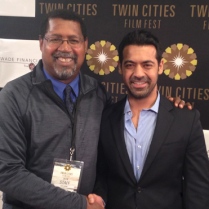 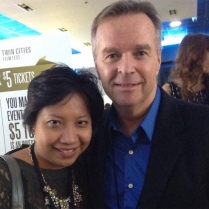 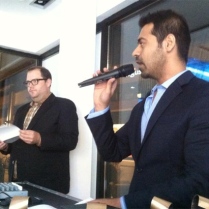 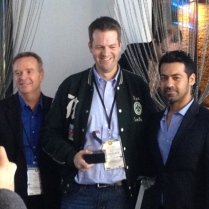 Bill Cooper getting his groove on @ TCFF Closing Party 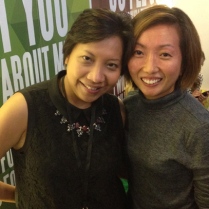 Me & my pal Julie at the Friday Mixer

Hanging out at Friday Night Mixer after ‘The Imitation Game’

Well the film fest may be over but I’ve still got a few more reviews I’ll be posting (The Imitation Game, Wild, Time Lapse, etc.) as well as my interview with The Last Time You Had Fun producer Drea Clark + George Finn & Bradley King from Time Lapse!

Thanks so much to all who have been reading my TCFF coverage!
…