TCFF is just four days away and I’ve finalized the movies I’ll be watching during the 9-day film fest. I’m just thrilled that there’s quite an eclectic lineup we’ve got this year, practically there’s something from every genre. I’ve blogged about some of them on this post, but below is my full schedule of what I’ll be watching.

Before we get to that though, here’s TCFF’s Preview Video with our hosts Amanda Day & Joe Kessler.

The perk of blogging for the film fest is that I could watch as many films as I could (yay!). Of course it’d still not be possible for me to see every single film, but heck I’m certainly going to try to see at least a dozen films or more if I could help it. This year, I’m also getting some blogging help from fellow Twin Citians (I actually never ever use that term before but seems kinda appropriate here, ahah): June from Girl Producer blog and Emery, a U of M Film Student and aspiring film reviewer. So expect to see TCFF movie reviews from all three of us starting this weekend.

So here are the list of films I can’t wait to see:

Friday – October 12
A PLACE AT THE TABLE

This important documentary narrated by Jeff Bridges shines a light on the 30% of American families that don’t know where their next meal is coming from, there are plenty of other compelling docs playing at the film fest. I’ll be highlighting those later this week.
… 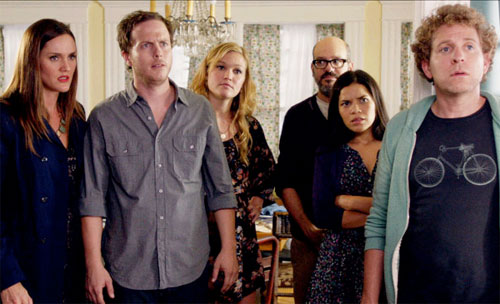 I like Julia Stiles, and I always think she should get more leading roles! Well, she’s got a starring role in this quirky apocalypse comedy, along with David Cross and America Ferrera.  Directed by actor/director Todd Berger (The Scenesters). Here’s a clip from the movie:

I just re-watched the trailer again and I’m even more excited about it now. Dustin Hoffman in his directorial debut has assembled quite a cast (Maggie Smith, Billy Connelly, Michael Gambon, etc.) in what looks like a delightful comedy about retired Opera singers. Sponsored by The Minnesota Opera.
///

This character-driven drama was shot in just 10 days in Minnesota and Wisconsin.

Check out the promo for Minnesota films:

Normally I wouldn’t think of someone being paralyzed from polio as being funny, yet somehow director Ben Lewin seems to have crafted a heartwarming comedy on that topic. The cast is a winner, I’ve always loved William H. Macy and he’s poised to be the scene-stealer here. John Hawkes is one of those instantly-likable actor, plus it’s been a while since I saw Helen Hunt in anything. Check out the trailer if you haven’t already.
…

I actually saw this trailer before I saw it on TCFF schedule, and I’m intrigued by the story. I’ve been hearing Olivia Thirlby‘s name being mentioned a lot lately as she starred in Dredd 3D, but this looks like a very different role for her. The cast includes John Krasinski and Rosemary DeWitt.

I’ve mentioned in the lineup post that this film won Audience Award at TIFF. Well, this past week it just received another similar prize at Hamptons International Film Festival Awards. I’m normally not a Bradley Cooper fan but I’m prepared for him to change my mind. I do love Jennifer Lawrence and she’s perhaps poised to get another Oscar nom on this one.
…

Friday – October 19
NOT FADE AWAY

Feature film debut from the creator of The Sopranos David Chase. Set in suburban New Jersey the 1960s, a group of friends form a rock band and try to make it big. James Gandolfini also stars in the film.
…
A LATE QUARTET 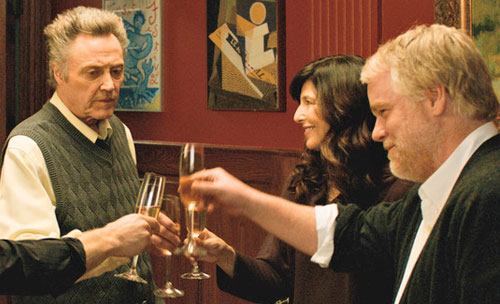 This is one of those films you watch just for the cast. I mean, check this out, Christopher Walken AND Philip Seymour Hoffman, plus the excellent Catherine Keener in a string quartet where one of the member receives a life changing diagnosis which threatens the unity of the group. So there are TWO music-themed films with ‘quartet’ in the title that I’m looking forward to playing at TCFF! 🙂
…

Saturday – October 20
THE STORY OF LUKE

27 year-old Lou Taylor Pucci has got over two dozen films under his belt, yet I haven’t seen a single one yet. Well this will be the first then. He stars as a young man with autism who’s breaking free from the shelter of his grandparents and go on a quest for a job and true love. Also starring Seth Green and Cary Elwes.

We don’t get a lot of films being filmed here in Minnesota, so it’s always nice to see it when that happens. Directed by a Minnesota- born director Ted Koland in his first feature film. It stars Justin Long and Jessica Weixler in story about a pair of newlyweds who has to bring their best man Lumpy’s body back to Minnesota for burial and what happens as friends try to reconnect with people who were in the dead guy’s life.
…

October is going to be the best movie-watching month for me. If you live in the area, I hope you’ll make time to check out TCFF!

What do you think of these movies, folks, which one(s) interest you most?

44 thoughts on “Counting Down to TCFF! The Films I Can’t Wait to See”