Now, there are few prequels made that actually worked. In fact, I could only think of two that I actually like: Rise of the Planet of the Apes and X-Men: First Class. And The Hobbit is poised to join the scarce number of prequels people anticipated most, but generally speaking, few prequels—or sequels, for that matter—are really that necessary. But I’d like to argue that the prequel to The Untouchables is one I wish would get made real soon!

This Collider interview with Brian De Palma is one that sparked me to write this post, though I have mentioned it three years ago here when the film was supposedly in negotiation and they were still casting who would play Capone. Now before I get to that, here’s an excerpt from that interview:

Collider: The Untouchables was a huge favorite of mine growing up and I was always excited the few times your prequel Capone Rising would move forward before fizzling out. Is there any chance of that happening at this point? 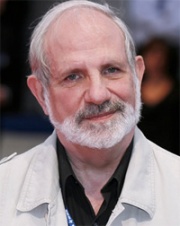 De Palma: I don’t know. We’ve had it cast many times, but we’ve just never been able to get everything together at the same time. It’s owned by Paramount so there’s nothing I can do.

Who did you plan to cast in that?

De Palma: At one point I think I had Nicolas Cage playing Capone. Gerard Butler was going to do the Sean Connery part. I think we even had Benicio Del Toro as Capone at one point. We had so many great people attached. It’s one of those legendarily great scripts that actors would die to play, but we’ve just never been able to get it all together with Paramount.

Ok, you probably think that I’m excited for this because of Gerry Butler‘s involvement, and you’d be half right. I’d LOVE to see him with directors like De Palma, but I also LOVE the original film that garnered Sean Connery his only Oscar for Best Actor in a Supporting Role. I think Butler would’ve been perfect as a young Irish-American officer Jimmy Malone. Reportedly the script would explore how Malone wasn’t always the good, incorruptible cop. Now, I found the synopsis from Mafia Wiki (boy there’s apparently a wiki for everything!) on Capone Rising:

It tells the story of Al Capone, his arrival in Chicago and his dealings with cop Jimmy Malone and Capone’s subsequent rise to power. Beginning with Capone’s killing of Edwin Macy in New York, Capone moves to Chicago. Jimmy Malone, recently promoted to detective, befriends Capone. He is not bribed by money, but respects him by arresting his henchmen but not Capone as his 9 year old son is present. Capone returns the favor by letting a witness to a murder, a maid named Halina, live. He changes his mind and has her killed on a train. In revenge, Malone soon begins to rally Irish gangsters, culminating in the St. Valentine’s Day Massacre.

Eight months ago, I read reports earlier this year that Tom Hardy was cast to play the iconic gangster Capone for David Yates’ Cicero, and I think Hardy could pull it off better than Nic Cage! According to Screenrant, the project isn’t supposed to start until 2013, so it’d be a dream to see Hardy and Butler in a movie together again since Rocknrolla.

I always love seeing villains who started out as friends first, or at least they saw eye-to-eye before they went separate ways. It’ll be a much different relationship obviously, I don’t think we’ll be seeing these two slow-dancing like this again, ahah.

Interestingly enough, the Mafia Wiki reported that Antoine Fuqua was initially going to direct Capone Rising, instead of De Palma. And now Fuqua is directing Butler in the White House thriller Olympus Has Fallen. I sincerely hope Butler would sign on again as he originally did in 2007 if this movie would ever get off the ground!!

Well, what do you think of this prequel folks? Anybody else want to see this movie get made soon?

49 thoughts on “The [Untouchables] prequel I actually would LOVE to see: Capone Rising”