I love road movies and Miles Between Us is an engaging mix of road trip + inspirational family drama. It’s a Minnesota-made production, and most of the scenes shot around the Twin Cities, so it’s cool to see a sold-out screening of it on Sunday. It also has a Minnesota crew, including one of TCFF staff members Briana Rose Lee who was the assistant director and wardrobe person! 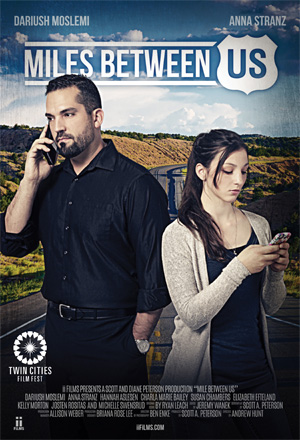 The fact that I didn’t grow up without a father, this film certainly resonated with me quite a bit. Interesting too that the father, Scott Dauer, is a film producer, just like my late dad was who was a screenwriter. The relationship of father and daughter (played by Dariush Moslemi and Anna Stranz, respectively) is pretty compelling, starting out testy but they slowly bond as they spend more time with each other. 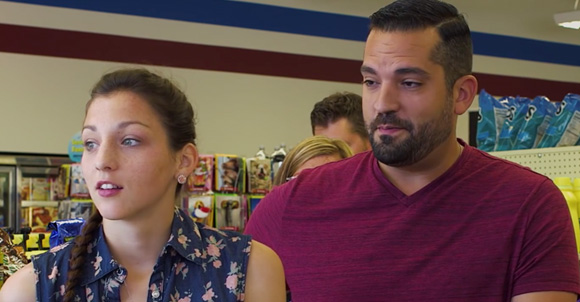 The dialog feels natural, peppered with comic moments as well as profound spiritual conversations that is organic to the story. I enjoyed the performances from both leads. There’s humor and touching moments, which makes the road trip far from boring. The only part that I find a bit awkward is the scenes between the daughter and a film star her dad’s pursuing for his film. Overall though, it’s a well-crafted and well-acted Minnesota-made indie drama that should appeal to teens, families and the faithful communities. Props to writer/producer Scott Peterson and director Andrew Hunt, it’s a lovely little story of pain, hope, healing, and redemption.

Five questions with Miles Between Us‘ lead actor Dariush Moslemi:

Q: Ok so my first question is how did this project first come together for you. It sounds like you’ve met producer Scott Peterson before?

Right. So I worked with Scott and Diane Peterson who are the producers of IIFilms several years ago, and my wife was actually good friends with Diane through my wife’s mother’s work. Long story short. And anyway they’re wrapping up getting ready for their pre-production on the first film The Current, and they were still looking for one particular role a man playing in his mid thirties and I played a father and I was in my mid and on his father and so I really thought that I could do this but my brother is a professional actor in L.A. And so I said I’d pass that on to him, so I did. My brother had to pass it, he had other work going on. Then I told my wife, I said for some reason I really want to just audition for this list. Call it a bucket list or whatever. So I called up Scott. I tracked down his phone number because he didn’t give it to me and I said that Look, I don’t mean to bug you but I like to audition for this. He’s like ‘You know you don’t have the experience, on and on.’ And I said ‘Just give me five minutes, I’ll come to you.’

So I drove an hour into his home and audition for that role. And within five hours, he called me and said I had it if I wanted it, which was a supporting lead role on The Current. And so that’s how I met the Petersons officially in the film world. And I worked with them on that project and then I’ve done a feature film in between. And then Scott and Diane let me know they were doing Miles Between Us. And so at that point I expressed my interest, I said I’d like to audition for it. They brought in Andy, Andrew Hunt as the director. And he was the one who really put me through the paces. So Scott and Diane were pretty much set, they liked me for the role but Andrew wasn’t sure, which is ok. You know he was still getting all his options and had me audition and audition and audition. I mean tons of callbacks, it took months and eventually I got the job. So that’s how I came to be the lead in this movie. 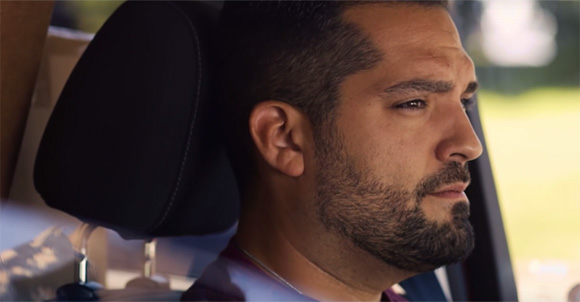 Q: So what attracted you to the script? Did you connect to the story in some ways?

Well, it was fun to play a lead role [laughs] It’s also nerve wracking because if this thing doesn’t do good we kind of knows what it is but it’s the opposite of everything that I have I’ve done it before I’m playing a character who left his family a long time ago. And in the real world I have five kids with my wife. I met my wife. She had already had four children before we got married and we had another baby together so it’s really kind of the antithesis of who I am, you know. And so it was a lot of fun to dive into kind of a darker character somebody who is not so good and has made some pretty selfish choices in life. Not saying I’m perfect in real life but it was just fun to dive into this because on screen I’ve never played that character before, and it was really intriguing to play something comedic, something fun, but at the same time narcissistic and and just kind of just really self-absorbed. But also the growth in the change through the film of going away from that. The ‘growing up’ into this different person, but it’s not so dramatic of a shift…I’m still me being that character, just a little bit different. A little bit a change that’s not so dramatic that it’s not believable. I like that, very much. It was just a realistic ‘Ok this kind of changed me.’ I really enjoyed playing that character. 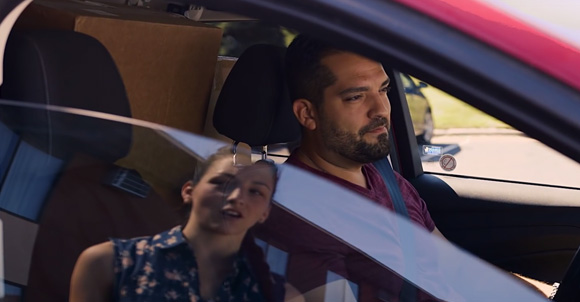 Q: Speaking of that, I kind of like spiritual aspect that seems organic to the story. It’s not that they set out to make a certain story with a particular message. Is that something that is deliberate from the beginning?

I would say yes. And I mean Scott and Diane have a beautiful faith and their vision for what they want their films to do is enormous. And it was really great to play it in such a way that it wasn’t force feeding the audience. It’s almost like you get some films don’t trust the audience to get it. And Anna Stranz (who played Scott’s daughter) and I had a great opportunity to still work with Andy, to still work with Scott, and to take some of our lines and alter them just to make slightly just to make sure that it’s really like a true conversation, not something somebody told us to say. And and that is I think what I hope comes across as I see in the film. But our intention was for it to come across as ‘Yes, it’s a faith-based film. Yes, it does speak about this area [of faith and spirituality], however anybody could watch it and won’t be insulted by it. At the same time there’s truth in it. There’s there’s aspects about it that are along those lines, they’re there, but they’re not forced down your throat, but it’s not beating around the bush, either. It’s not a Lifetime film, you know, it really is what it is. Our whole goal we set out as actors, Anna and I myself, and Anna who played Gaby my daughter did an unbelievable job at this being it’s her first time in film. She did such a fantastic job and we were able to play off each other because I’m the one who’s playing the non Christian father who doesn’t care, he doesn’t want to know. Anna’s playing the daughter who’s going to Christian school. And so the debate is between her and I. I think it’s relatable to anybody. Yes. I think you can relate to it. It’s just that really you’re like I’ve had this conversation before and it’s okay to discuss these things.

Q: Yeah, it resonated with me as in the trailer there’s a conversation in the car where your character said something about that it’s too late. And she said, ‘You mean with you and mom or is it with God?’

Yes, it was kind of unexpected. I hope that it’s enough that it gets across, you know, because that’s what you want your audience to feel. You want them to think about and really walk away like ‘Oh yes I feel like I was in that conversation, I feel like it was in that car.’ 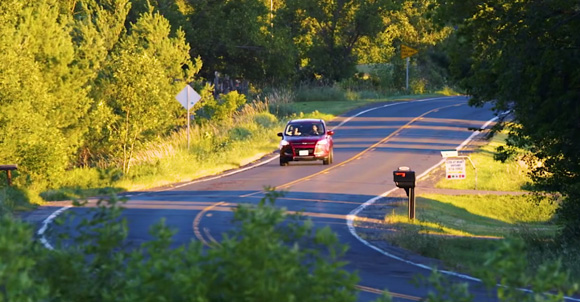 Q: So was this filmed here in Minnesota? I wasn’t sure as there are parts in L.A. as well in the film.

Yes, it was all filmed in Minnesota. It was different parts of Minnesota but all within about an hour or two the Twin Cities. So in order to make it look like we’re going through different states we may have to go south through the cities or North East of the Cities or East or West or whatever. Yeah. And there was that part was just kind of fun. I live in Stillwater so you know a lot of it was still far enough away that I would stay in a hotel.

A lot of this 16 hour drive won’t come in and be like you know on the ball by any means. So it felt like I was far away, but in reality it was here all whole time. While certain they did the car scenes like Scott and his dad did a fun road trip themselves. They literally flew out to L.A. got the same picture car that we have for the film at leased it and then drove across all the way from L.A. from the South Carolina, which is the film, they drive from L.A. to South Carolina. It took them about a week or something like that.

THANK YOU Dariush for chatting with me about Miles Between Us! 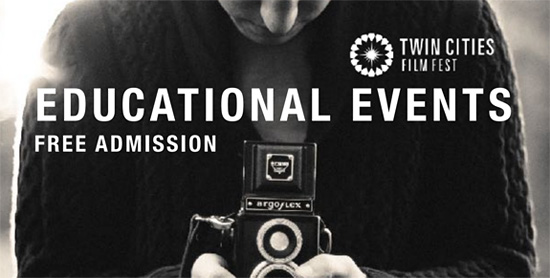 Check out a plethora of FREE educational events (PDF) offered by TCFF, as well as other events such as Script Reading, Film Panels, etc.