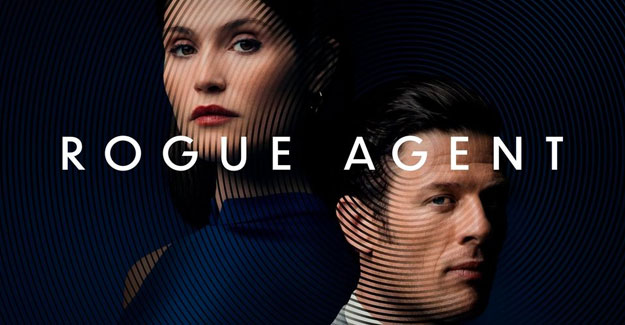 The truth surely can be stranger than fiction, so the real-life story of British con man Robert Freegard is ripe for a screen adaptation. There have been documentaries made about him, but I’ve never seen any of them, and I chose not to read up about him until after. In fact, I wish they hadn’t marketed the fact that James Norton‘s character is a conman. Still, it was fascinating–and chilling–to see just how a seemingly ordinary man could fool so many people for so long. 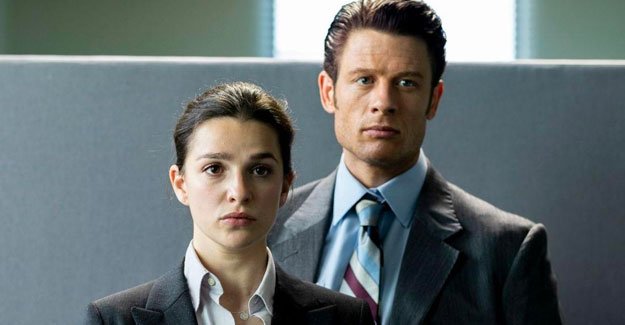 Starting in the early 1990s when he was working as a bartender in Shropshire, he managed to trick three college students that he was an MI-5 agent on recruiting mission. He used the fear tactic of a potential threat from the IRA, playing on people’s sense of paranoia. He coerced those students to leave everything behind and would strip them of their money once he gained their trust. The movie then fast-forwards to about a decade later where Freegard is now working as a luxury car salesman, preying on unsuspecting women with money.

Rogue Agent is told from the perspective of one of Freegard’s victims, solicitor Alice Archer (Gemma Arterton) who serves as the film’s narrator. Despite her initial suspicions, Archer succumbs to Freegard’s charm and ends up in a romantic dalliance with him. The movie shows her journey to escape Freegard’s grasp while she ventures to get him behind bars.

I was mostly intrigued by the pairing of Norton and Arterton, two of my favorite British actors working today and they are the reason to see this movie. I always enjoy seeing Norton on screen and it’s especially gratifying to see him explore his dark side. He’s a charismatic actor with an air of unpredictability. I’ve only seen a photo of the real Freegard which bears very little resemblance to Norton, I could hardly believe that guy could bewitch a single person, let alone a dozen. But Norton certainly has a bewitching quality that captures the essence of a master manipulator. I’ve long thought Norton would make a good James Bond, I’m even more convinced after seeing his performance here.

Speaking of Bond, former Bond girl Arterton is quite good here playing an amalgamation of Freegard’s many victims. She usually plays strong, playful roles but here she gets to show her vulnerable side. When she realized she’s been conned is a memorable moment, it’s a testament that even a smart, savvy professional like Archer is not immune to being duped. What the movie did well is how it made the viewers really empathize with the victims. It’s quite harrowing to watch what happened to Sophie (Marisa Abela), who had most of her young life robbed as she fell into his oppressive trap. Nice to see Shazad Latif as a police detective here, as I first saw him in the British series MI-5, aka Spooks.

True crime stories are all the rage as it’s so popular in streaming, though the filmmakers took quite a bit of liberty with this one, so it’s more ‘inspired by’ than ‘based on’ a true story. The most frustrating bit is the epilogue… it’s quite amazing what some people can get away with.

Rogue Agent is a feature directorial debut of Declan Lawn and Adam Patterson, and they both also collaborated on the screenplay based on an article by Michael Bronner. I think they did a decent job overall, though I could see how an experienced filmmaker could’ve made this movie more compelling and thrilling. The movie plays more like a drama than an espionage thriller. Perhaps that’s what they’re going for, but fans of spy thrillers would likely expect more. There’s also an apparent low-budget quality about the whole movie that a more skilled filmmaker would’ve been able to camouflage and make it more expensive than it looks. That said, the movie is still a worthwhile watch thanks to the talented leads.

Have you seen ROGUE AGENT? I’d love to hear what you think!