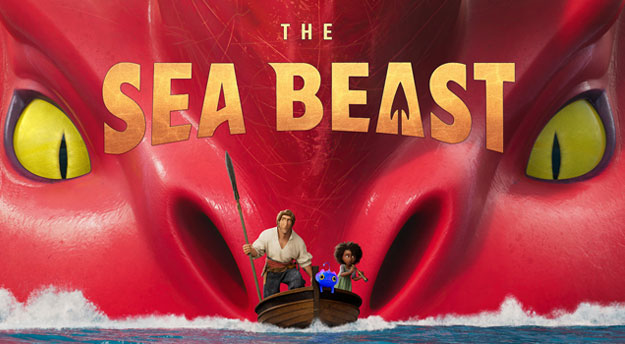 Though this past weekend is all about those yellow minions, there’s actually a new animated movie featuring a red monster that turns out to be one of the best I’ve seen in a while. It’s a rarity these days to see something that’s not based on an original IP, so when I saw the trailer I was immediately intrigued.

Set in the era of tall sailing ships of the 18th century, it’s a time when sea monsters have been wreaking havoc against mankind. It opens with the protagonist Jacob’s origin story when he was rescued from being stranded on the ocean as a boy. Jacob ends up being adopted by The Inevitable’s legendary monster hunter Captain Crow who has a personal vendetta against a supposedly killer beast named the Red Bluster who took out his eye. The first action scene during a monster-hunting scene really showcases not just beautiful animation style but also dynamic camera work from above and below the sea.

The ship docks at a seaside Medieval town called Three Bridges, where the King and Queen of the empire are unhappy with Captain Crow’s performance on his last hunt that they decide to assign an Admiral to do the task. Meanwhile, a young girl named Maisie sneaks out of her orphanage after doing a bedtime story for fellow orphans. There’s a fun dynamic when Jacob and Maisie inevitably meet and she manages to sneak herself into Jacob’s ship as they embark on their last chance to kill the Red Bluster. 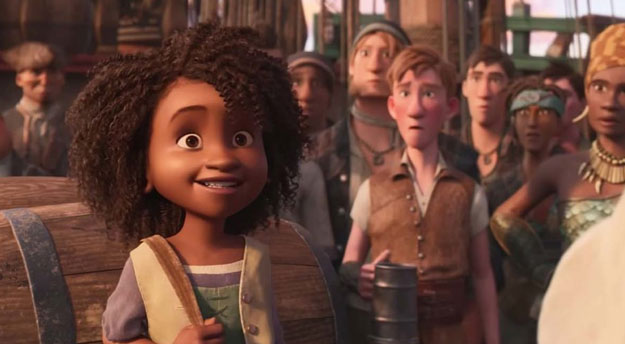 I have to admit I haven’t been interested in the Pirates of the Caribbean movies since the first one came out ages ago, but there’s a certain novelty to seeing a swashbuckling animated feature, especially something this dazzling. At times I’d be googly-eyed just watching the meticulous details, especially Maisie’s fro and those ropes that are pivotal to the plot.

From the team led by Chris Williams, the director of Moana and Big Hero 6, the movie is produced in-house at Netflix Animation. I didn’t even know Netflix has an animation house and clearly they have deep pockets if they can get an Oscar-winner from Disney! His team uses realistic physics in staging the naval adventures, definitely one of the most robust animated spectacles I’ve seen to date. 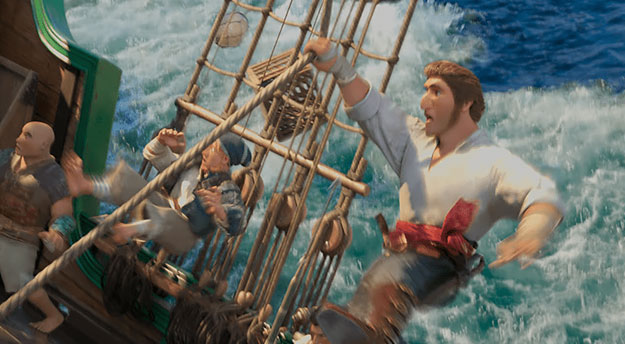 It’s got a great voice cast to boot! Karl Urban and Zaris-Angel Hator make for a lively duo as the voice of Jacob and Maisie, while Jared Harris sounds appropriately grizzled as Captain Crow. As a big fan of Downton Abbey, I immediately recognized Jim Carter, aka Carson’s voice as the King and here he reunites with former Downton-er Dan Stevens who voiced the Admiral. I love Marianne Jean-Baptiste and she’s got a memorable part as a tough first shipmate. Nice to see diversity and inclusion applied to animated voice cast as it is to live-action features. It’s especially satisfying that the characters are well-rounded with clear motivations for their actions.

As a family-friendly adventure, The Sea Beast has all the things that would amuse kids. There’s a dog-like blue sea creature Maisie adopted as a pet, even the look of Red Bluster itself is absolutely adorable. It kind of reminds me of Big Hero 6’s Baymax. The movie is so colorful and has a fun adventurous spirit, though it is rated PG so likely a bit too intense for really young children. What I do appreciate is the decidedly mature and deeper message than a typical kids’ fare.

Maisie’s been obsessed with monster hunters and their adventures, but when she befriends one that’s supposedly the most dangerous, it changes her perspectives about them. Yes, it bears some similarities to How To Train Your Dragon which is about overcoming one’s prejudices that are passed down through generations. But The Sea Beast also has a strong anti-colonialism and anti-propaganda stand which illustrates the danger of information manipulation and about challenging those ‘truths’ that were written by victors or those who hold the most power. I just read about how the Twilight Zone was originally created to tackle themes of racism and prejudice, but that early run-in with censorship led Rod Serling to use monsters and other spooky things as metaphors to tackle larger themes. 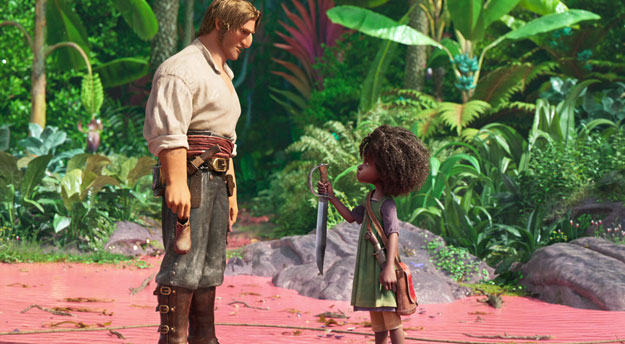 I commend the creators for delivering such a thought-provoking story with a wonderful spectacle that kids and adults can enjoy and mull over. I’m curious what else Netflix Animation has in store but I wouldn’t be surprised if this one will garner plenty of traction during next year’s award season.

Have you seen The Sea Beast? What did you think?