Disney once again capitalize on one of their Disney park’s attraction and turn it into a movie. I suppose that’s no surprise since the last franchise based on a popular Disney ride, Pirates Of The Caribbean grossed a total of $4.5 Billion globally with five movies, making Johnny Depp extremely wealthy with a reported $300 mil total for playing Jack Sparrow. I’ve actually never ridden either rides before, despite having visited both Disneyland AND DisneyWorld several times. The original Jungle Cruise opened in July 1955 at Disneyland Park, making it one of its oldest. 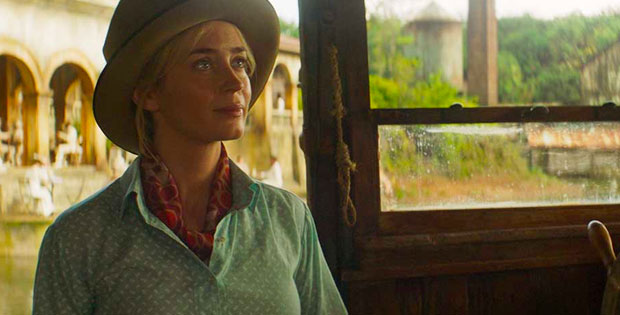 At the center of the story is Dr. Lily Houghton (Emily Blunt), an explorer who’s a bit like Indiana Jones meets Rachel Weisz’s character in The Mummy. Armed with a map her father gave her and an ancient artifact object she acquired from in a fun heist opening sequence, she is off to the Amazon in search of an ancient tree which flower holds miraculous healing power. Thanks to a scenario of mistaken identity and a clever ploy involving a Leopard, Lily ends up hiring Frank Wolff (Dwayne Johnson), a wisecracking skipper with predilection for cheesy dad jokes on his ramshackle boat La Quilla. His intro during an actual jungle cruise tour is pretty amusing and fun. 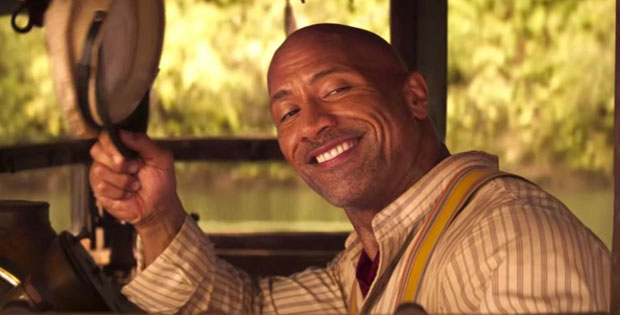 Much like in The Mummy, Lily and Frank didn’t get off on the right foot initially but surprise, surprise, they form a bond throughout the journey. Blunt and Johnson may seem like an unlikely duo but they have a pretty effortless chemistry and the two play each other off quite well, though some of the jokes/puns are cringe-worthy, especially Frank’s obsession with Lily’s pants. In fact that is his nickname for her, a light commentary of the misogyny of the 1930s period. Now, the plot is a bit too convoluted for a movie based on a ride, and the PG-13 rating is warranted given some of the petrifying jungle scenes and supernatural bits. It’s best not to overthink it and just enjoy the ride as it were, and marvel at the visual beauty of the Amazon river and the lush rainforest. 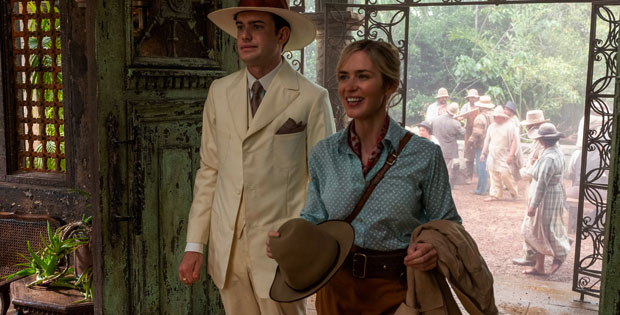 Barcelona-born Jaume Collet-Serra, known for his action flicks with Liam Neeson and the shark movie The Shallows (which I quite enjoyed) is pretty adept in directing the action scenes. “Everything that you see wants to kill you…and can.” Frank says, but of course the scenes of perils aren’t really that scary in a Disney movie, which automatically takes the suspense out of even the most intense action sequences. 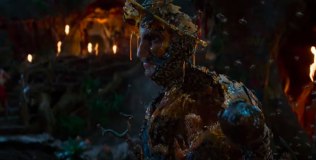 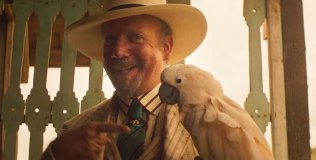 As far as the supporting cast go, Paul Giamatti is rather over the top as Nilo, a successful businessman in the Amazonian port town who often extorts money from Frank. Jack Whitehall plays Lily’s hapless brother MacGregor who’s often the butt of jokes for being absolutely clueless about what this dangerous journey entails. Disney attempts to be more inclusive with including an LGBT character though his coming-out scene is downplayed and feels like an after-thought. Edgar Ramírez is Captain Aquirre, one of the three soldiers in the mythology of the ancient tree, but he became kind of a throwaway character given how the ending is written (more of that later). Lastly, we’ve got a scene-stealing performance from Jesse Plemons as Prince Joachim, who’s basically a cross between an Indiana Jones + Bond villain complete with his hilarious German accent. I’ve only seen him in one Black Mirror episode so I’m not totally familiar w/ his work. His talking-to-bees scene and casually yelling “Hallöchen!” from his submarine while holding a machine gun are wildly amusing. I’m still giggling over how he pronounced ‘jungle’ as ‘chunkle’ in a German accent, mwahahaha! 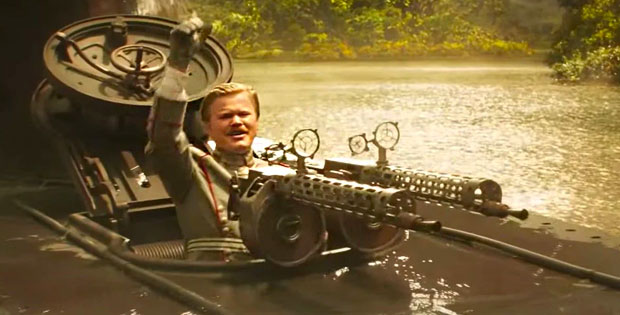 My biggest issue is the way Disney is forcing the romance between Lily and Frank. It’s so hugely unnecessary and adds nothing to the story. I realize that Romancing the Stone is one of the main inspiration for the movie, but the romance just seems so forced and would’ve worked better if Emily and Dwayne are just platonic friends. I also have an issue with the ending SPOILER ALERT (highlight to read) Now, in the beginning of the movie Lily says she’s convinced the flower from the ancient tree would change the future of medicine forever, and she’s willing to risk her own life to get it. Yet when she finally got the petal, literally by the skin of one’s teeth, she quickly gives it away to bring Frank back to life. The movie also wants to have the cake and eat it too by making the flower miraculously appear AFTER Frank is back alive again, render her sacrifice inconsequential. I think there’s an opportunity for the team of writers to offer somewhat of a redemption to Aguirre and his soldiers which would have been a more intriguing character arc instead of just having them being trapped by the jungle all over again. 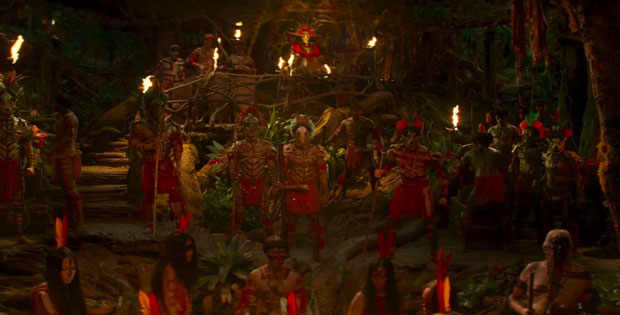 Given Disney has removed the ride’s problematic colonialism stuff and the racially-insensitive depiction of the jungle natives, the movie also wisely subvert that narrative of them being primitives and offer a fun twist about the indigenous people. Visually, the movie looks beautiful, which is to be expected given the large budget. The movie is shot in Hawaii though obviously there are plenty of CGI use for most of the action scenes. Just don’t expect a gritty depiction of the jungle, everything looks too clean and artificial, down to Lily’s hair and red lips that doesn’t seem to be affected by all the hullabaloos. The production design by Jean-Vincent Puzos is fun to look at and I enjoyed the music James Newton Howard, apart from the weirdly bombastic rock music playing during the jungle flashback scene. 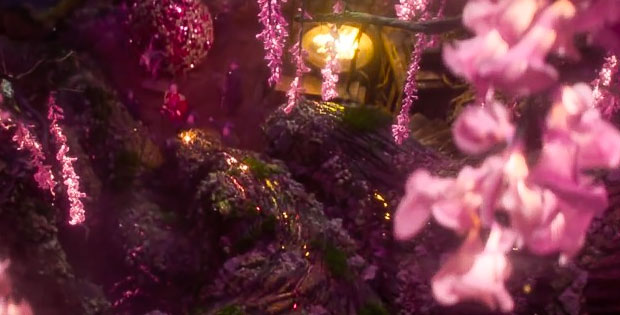 At over 2 hours, it’s a bloated adventure movie that could’ve easily been trimmed down. Overall though it’s entertaining enough for the whole family, though perhaps not for really young kids. Surely they’re banking on Jungle Cruise to be another lucrative franchise for the Mouse House, though it’s not one I personally am clamoring to see. I’m being generous with the rating here, but a full point belongs to Plemons’ hilarious portrayal, I actually can’t wait to rewatch the movie on Disney+ just for Prince Joachim’s scenes!

What did YOU think of JUNGLE CRUISE?