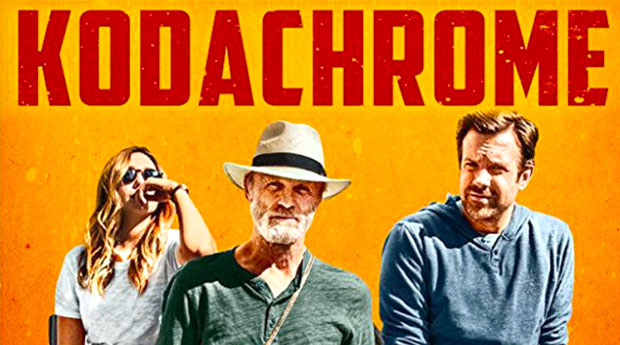 When this title flashed on Netflix, my hubby was instantly intrigued because he’s an amateur photographer who’s been dabbling in music scoring. The movie blends the subject of photography and music but essentially is a family drama featuring a struggling music executive Matt and his dying estranged father Ben. They end up taking a road trip together fro New York to Kansas in order to process Ben’s last rolls of Kodachrome film before the one and only remaining lab closes and his captured moments are gone forever.

The title refers to the brand name for a color reversal film introduced by Eastman Kodak in 1935, and this film was based on a 2010 New York Times article titled For Kodachrome Fans, Road Ends at Photo Lab in Kansas. Jason Sudekis plays Matt, Ed Harris is her famous photojournalist Ben, and Elizabeth Olsen plays Ben’s nurse Zooey.

There seems to be SO many films where the character suffers terminal illness that it becomes kind of a cliché. I do like road movies and the presence of Ed Harris as a curmudgeon man whose past is behind him actually makes for some amusing dialogue. I had just seen WandaVision AND Ted Lasso back to back so I’ve got to admit that the main reason I saw this was to see Wanda and Ted in the same movie. Of course after a while, the gleeful amusement wore off and we’re left with two so-so characters. Somehow I knew the two characters would end up together despite their initial not-so-cute meet up. For the most part, the most interesting relationship is the father/daughter one, so the romance feels a bit like a third wheel. There are some scenes where Matt and Zooey talk about their favorite music and bands, but somehow the whole thing feels forced as it seems to only be a contrivance for the two characters to bond. 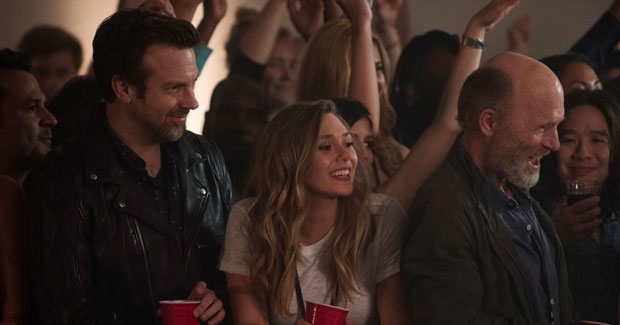 I think this is the first time I saw Sudekis in a dramatic role, and though he’s not as effortless in that genre, I think he’s proven to be a versatile actor. For sure he’s instantly sympathetic and comes across as a genuinely nice guy despite saying some very nasty things. I quite like the way Matt’s journey plays out in the film as it peels back the layers to tell us why he’s so resentful of his dad. There are some memorable scenes of them visiting Ben’s brother on their journey and naturally tensions rise as uncle Dean(Bruce Greenwood) and his wife actually raised Matt. Zooey’s character on the other hand, isn’t fleshed out at all, but at least she’s more than just the token girlfriend.

The film feels personal to director Mark Raso, his passion for the subject matter is palpable. DP Alan Poon shot the film beautifully on 35mm Kodak film so the visuals are lovely as well. Unfortunately, the sentimental melodrama and predictability dampens it from being truly great. You can see where the story is going long before it happens, which takes away some of the key moments. I knew exactly what the contents of Ben’s Kodachrome films before they are revealed and that Matt would come to defend his dad during a crucial moment that affects his career. Those moments are still able to tug my heartstrings however. The really poignant moments comes from Ed Harris, especially when they’ve reached Kansas and he’s recognized by other photographers. The character almost feel like it’s based on a real person and I could imagine a photojournalist who constantly travels would probably have a strained family relationship. 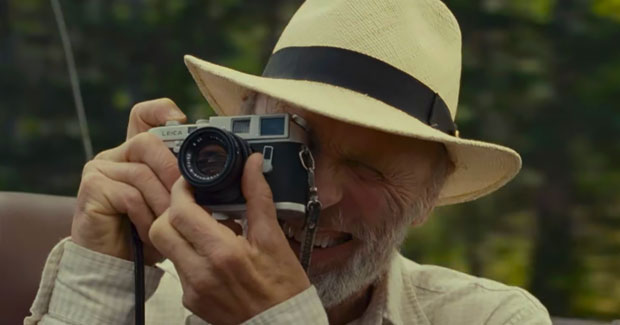 Kodachrome isn’t the greatest family drama out there, but still worth a watch for Harris’ performance that always elevates the material.