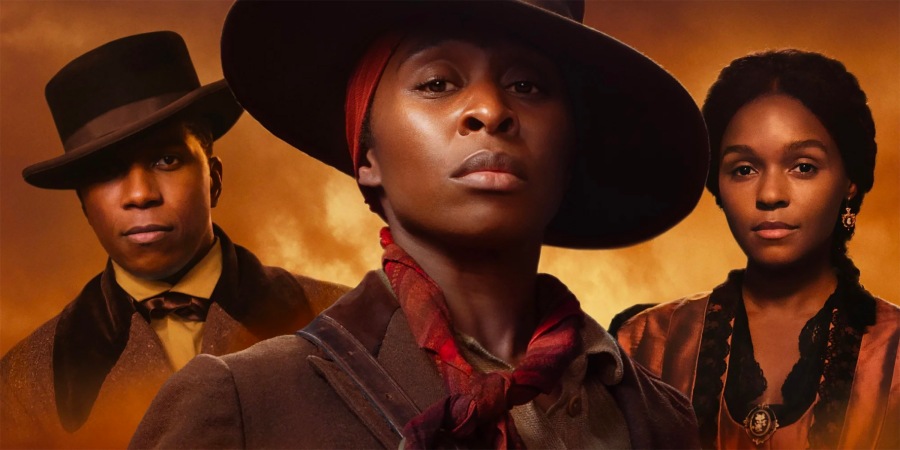 When I first heard a movie about Harriet Tubman had been greenlit, I was both excited and apprehensive. With the casting of Cynthia Erivo in the titular role, with Janelle Monae, Joe Alwyn and Leslie Odom Jr. supporting, I knew we would be in for powerful performances. This is the first biopic of an enslaved woman and thus I had a lot of high hopes.

The film portrays Harriet as the brave, selfless person our history books tell us she was. However, it delves deeper by sharing her backstory. Born in Maryland in 1820, Araminta “Minty” Ross grew up in slavery. She married a free man named John Tubman and assumed she would earn her freedom. When it became clear she would never be emancipated, she had no choice but to flee.

Upon arriving in Pennsylvania, Araminta chose the new name Harriet and befriends a woman Marie (Monae), a free-born African American woman who runs a boarding house for women who were former slaves. There is a somewhat uncomfortable confrontation scene upon Harriet’s arrival where she calls out Marie on her privilege, for not knowing what it is like being a slave.

At a later point she also confronts the leaders of the Underground Railroad who are wavering in the wake of heavy crackdowns on runaway slaves. She gives a very moving speech decreeing she will “give every last drop of blood in my veins to free them.”

This is a unique look at privilege and its many layers. Harriet Tubman is a person many might not suspect of having privilege, yet she feels a God given call to the service of those still enslaved. This commitment inspires others (seemingly more fortunate) to recommit themselves to the cause. This very timely message to look inward and reflect upon the gifts in our lives and the privileges we have. In a time of police brutality and political unrest, this call to accountability and service of others could not be more relevant.

This film doesn’t shy away from the brutality of slavery as many past films have done. However, it  falls into an all too familiar linear slant that many educational or biopics take, which greatly impacted the narrative flow and my viewing enjoyment.

Another aspect that impacted its watchability, was the characterization of Gideon (a character added purely for movie drama). He is the son of Harriet’s former owner and upon her escape embarks on a ceaseless hunt to reclaim her. The humanity and conflict portrayed by Alwyn is stupendous. It creates some compassion and understanding of the complex dynamic and confusing feelings the master/slave relationship must have brought about. The producers tried to romanticize this pursuit, which was an unfortunate and ultimately ineffective choice.

The films slow pace and attempt to capture Harriets lifelong achievements are its undoing as it leaves the end feeling rushed. But overall, this film does an amazing job highlighting a figure whose full historical impact has been eclipsed by others such as Martin Luther King Jr. and Malcom X.

Have you seen HARRIET? Well, what did you think?