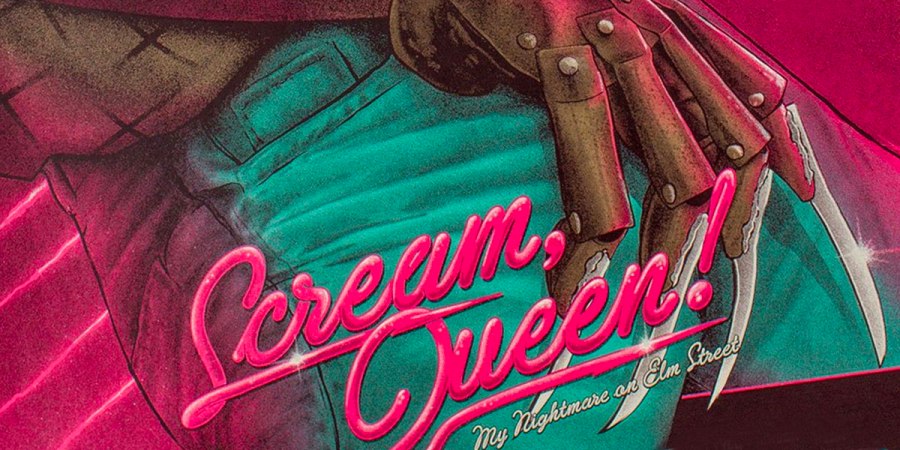 We’ve already reached halfway of the film fest!! You can search TCFF2019 for ALL of the posts we’ve done so far this year.

Check out the recap from Saturday (thanks to our media producers + TCFF interns!):

Well, since it’s almost Halloween, here are a trio of horror/thriller reviews of films screening at TCFF! Thanks to our horror reviewer Laura Schaubschlager. Two of the films below are screening Wednesday night.

I love that Twin Cities Film Fest happens to be right before my favorite holiday (Halloween, in case that wasn’t obvious). I’m already in the mood to binge watch horror movies in the weeks leading up to the 31st, and the festival gives me a chance to see ones that I might not have heard of otherwise. I’ve been lucky enough to watch a few screeners ahead of the festival, and what I’ve seen is a promising sign of what should be another fantastic TCFF season.

Looking for a more traditional horror flick for your Halloween fix? Check out Puppet Killer for a fun, bloody parody of teen slasher movies. When Jamie (Aleks Paunovic) is a little boy, his stepmother mysteriously goes missing-but he’s convinced she was murdered by Simon, the fluffy pink puppet his late mother gave him. Ten years later, Alex returns to the cabin in the woods where his stepmother disappeared for Christmas break with his girlfriend Jessie (Lisa Durupt) and their friends Curtis (Lee Majdoub), Rick (Richard Harmon), Brooke (Gigi Saul Guerrero), and Lee (Kyle Cassie).  They find the seemingly innocent puppet in the basement, and soon after, the bloodbath begins.

The writing in this movie isn’t spectacular; it’s clearly meant to poke fun at teen slasher movies, but it doesn’t say anything new about the subject, and some of the jokes about horror cliches feel like cliches themselves. There are also these two characters, a couple sisters trying to hide the body of a guy one of them killed, who show up maybe 20 minutes before the end of the movie whose subplot is never acknowledged or resolved; they’re pretty much just there for a couple extra kills, and considering the movie already has a solid group of high schoolers, more serial killer fodder seems unnecessary, especially when the characters add nothing else to the story.

That said, this is still a really fun movie. In traditional teen slasher fashion, the actors cast as high schoolers are obviously older than their characters, and in this movie, I mean obviously; Alex Paunovic as the main teen, Jamie, is 50 years old. This makes several bits of dialogue extra funny, and the actors are clearly having a lot of fun in their performances as obnoxious, melodramatic adolescents. As far as horror goes, the movie has some fun, solid kills, with decent and bloody practical effects. 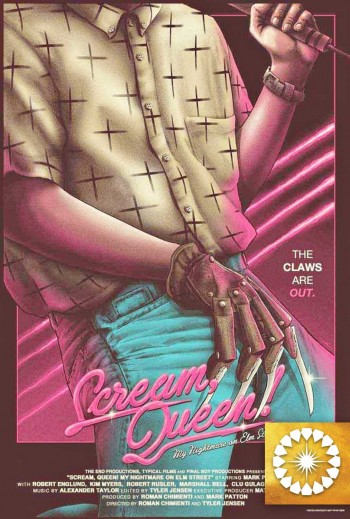 If you’re not a Nightmare on Elm Street fan, you might wonder why anyone would make a documentary about the second installment of the popular 80’s slasher franchise. But Nightmare on Elm Street 2: Freddy’s Revenge is more than just one of many sequels: it’s a movie laden with gay subtext and stars a young gay actor, Mark Patton, who, at the time of filming, hadn’t come out. The mid-80’s were especially hard for the LGBTQ community, thanks to the AIDS epidemic being at its peak and causing the public to demonize homosexuality. For an up and coming movie star who felt like he had to stay in the closet to protect his career, the overt homosexual tone of Freddy’s Revenge– and writer David Chaskin’s insistence, after the movie received negative reviews, that he hadn’t written it that way and that it was Mark’s performance that made the movie gay- halted his path to stardom and forced him into a life of obscurity. He went off the grid, living in a small town in Mexico until 2010, when he was tracked down to be a part of Never Sleep Again, a documentary about the Nightmare franchise.

Since then, Mark has embraced his role as a male “scream queen” and gay horror icon, attending several conventions and using his celebrity platform to talk about bullying and homophobia in the horror community. The documentary is not only a fascinating exploration of Mark’s acting and personal journey, but an insightful look at how homosexuality was viewed in the 80’s (especially in Hollywood), and why many members of the LGBTQ community connect with the horror genre.

The documentary is also narrated by Cecil Baldwin, a gay horror icon in his own right (he’s the lead in the popular podcast Welcome to Night Vale), adding to what is already an excellent film.

Okay, this isn’t exactly horror-it’s more of a thriller- but the idea of being alone in the woods and stumbling across what at first appears to be a kidnapping gone wrong, then trying to evade the criminals with no car and a phone with no service, is a pretty scary concept. When Ben Boyd (Morgan Krantz) goes on a solo camping trip in the middle of the woods, he discovers a bloody mess in the front seat of one car, a woman (Maya Stojan) bound and gagged in the trunk of another, and the apparent kidnapper (Nathan Phillips) chasing after him. But all is not as it seems, as more of the story is revealed through the different characters’ perspectives.

This movie jumps into the suspense quickly and maintains that tension throughout the hour and twenty minute run time. There’s next to no dialogue, which allows the actors’ talent to really shine. It’s well-paced, allowing a pretty even amount of time to focus on each character’s perspective.

The story-telling gets a little murky and convoluted toward the very end, and some of the brief bits of dialogue feel forced or out of place, but overall it’s a gripping mystery that keeps you on the edge of your seat and constantly going “Wait, what?!” at every new reveal.