International Falls is hard to fit in a genre. Dee (Rachael Harris) is born, raised, and settled in International Falls. Tim (Rob Huebel) is a traveling comedian who has a two-day stop in Dee’s little middle of nowhere Minnesota town. Both characters have reached a breaking point in their lives, and their meeting briefly gives them a human connection they both have been desperately missing. The two bond over their brokenness and by the time the credits roll both characters have made a huge decision.

Counterintuitive as it may sound, International Falls is a coming of age film. Sure, its protagonists are well into their forties, if not past that, but both are wrestling with decisions that will dramatically shape their futures. As Ernest Hemingway taught us in The Short Happy Life of Francis Macomber, not all of us grow up on schedule, sometimes we have to grow up more than once, and more often than not there is collateral damage to that growth.

Amber McGinnis (writer/director) excels at directing emotionally fraught and comedically awkward scenes alike. She has a unique ability to make space for her actors to really dig deep into the non-verbals of their characters, which both Harris and Huebel put to good use.

Tonally, International Falls is almost romantic, but neither character is available. Their sweet moments are almost always intruded upon by their families.  It’s a funny movie, but only in very short bursts. And the dramatic tension is broken every single time Dee’s husband Gary (Matthew Glave), who is every inch the caricature of a  Minnesota native, steps on screen.

This leads me to my biggest, pettiest quibble about this movie. The accents were bad and unnecessary. Unless you’re trying to make a comedy (which International Falls is definitely not) the accents just get in the way. Do some people talk like that here? Sure, a couple. But they are few and far between and most of them are living in retirement homes at this point.

My only other quibble is that all of the standup writing is bad. For Tim, that’s kind of a given. He tells us a million times that he is bad and we are supposed to believe him. But (very mild spoiler alert) when we get to see Dee do her standup routine, it is also quite bad. Worse than that (she is a newbie after all, we can forgive her a little), her standup has a completely different tone that her character does. It doesn’t feel like the kind of standup that she would write.

Overall this is a great movie. It relishes in the frigid Minnesota landscape, pays homage to a couple of our favorite eyesores (hello Smokey the Bear dressed up as a lumberjack holding ice skates), and subtly pokes fun at the Minnesota nice stereotype. I have a feeling that non-Minnesotans are going to like it better than those of us who live here (seriously those accents are grating), but it’s a nice reminder that the puberty isn’t the only chance that humans have to turn into adults. 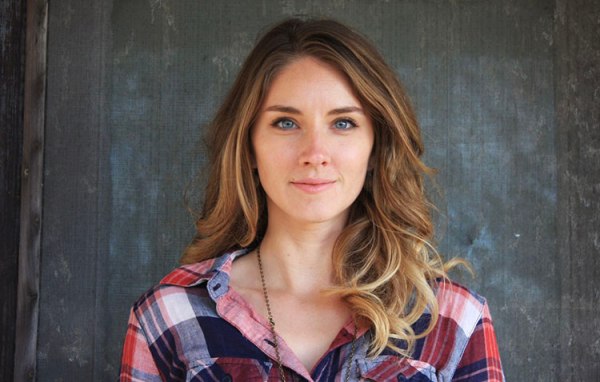 1. How did you get into filmmaking and how do you choose your projects.

This is my first feature and it’s been one of the most fulfilling, exciting, and hardest things I’ve ever done. I’m a trained theatre director, so I’m used to doing more long form storytelling in that medium, but up until this project I had only done shorts and industrials with film. I was ready to take the next step and make a feature but I had a hard time finding traction and funding. So in the spirit of true indie filmmaking I decided to stop waiting on someone else to give me an opportunity and set out to make one for myself. That meant partnering with our amazing writer Thomas Ward to develop the script, starting my own production company, and learning the nuance of producing a film alongside my co-producer Nick Dunlevy. It hasn’t been a perfect process. It’s been long and grueling but I have learned SO MUCH! And I am so proud of how we persevered. There were so many times when it felt like it wasn’t going to happen. Luckily I am a very stubborn Southern gal so when we hit obstacles I just dug in that much harder.

2. I read that this film is based on a 2-people play, which I find so intriguing. How was the process of adapting a play and what are the challenges of doing so?

Thomas really deserves all of the credit for the brilliant writing and adapting of this script. The two person play is basically a more stream-lined version of the same story. It all takes place in one night and in one location. So developing the screenplay was really about breaking open the possibilities that existed for the story visually: adding more locations and characters and time, while maintaining all of the heart and soul of the original story. One of the biggest changes that I love is that the town of International Falls now feels like another character in the film. We had the generous support of the Chamber of Commerce in International Falls and I think it really shows. Also the screenplay focuses more on Dee’s story and journey which excited me as a female filmmaker.

3. I also read that you were pregnant when you made this film? How was that experience, especially as the film deals with a protagonist dealing with a broken marriage?

I tell ya, giving birth to a feature film and a baby in the same year is no small task. We were still in the process of finishing the sound/color when I went into labor, and my husband has this insane picture of me sending emails from the hospital between contractions haha. “Hard” doesn’t even begin to describe it. But it was so WORTH IT. Our protagonist is on a journey in the film towards authenticity- for her it means confronting some really ugly truths in her life so she can fully be herself and chase her dream. I’ve been on a similar journey over the last few years. But once you set your mind to doing that, it doesn’t matter how hard or exhausting it is. Because being true to who we are will always, ALWAYS be less hard than faking it and living inauthentically. 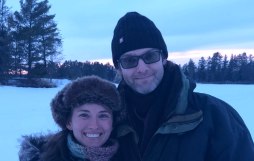 4. Looks like you filmed it in Minnesota, was that in International Falls? Were you set on filming in the Winter months, which I’d imagine also possess an inherent challenge to tackle.

Yes, even though we filmed on location in International Falls in March we were still battling sub zero temperatures. We filmed on a frozen ice lake at Voyageurs National Park for 3 days and every day the park ranger had to come out and measure the thickness of the ice to make sure it was safe for us take all of our trucks out to the tiny island that served as our main shooting location. We had to put hand warmers on the camera batteries to keep them from shutting off. But our Twin Cities based crew was so amazing. They never complained about the cold or the long hours or the grueling work. It was such an awesome group of people, I am forever indebted to them.

5. The casting looks great for this film, would you talk a bit about the casting process?

The cast IS amazing! Everyday I feel so lucky that we got such an all star cast. We had an incredible casting director, Matthew Lessall who brought the core ensemble together. He had a keen eye for actors who could do comedy but were also not afraid of the dark and dramatic. Our lead Rachael Harris was also a great advocate for us as we rounded out the cast with some of the supporting roles. It was truly a team effort.

*All BTS photos are courtesy of Amber McGinnis

Thank you for chatting with me, Amber!