Thank goodness for in-flight entertainment! I was on a trip to Eastern Europe recently, in fact I just got back about a week ago. Sleep are often elusive on long flights, so I used the time to catch up on movies I’ve been curious to see.

I rewatched parts of Aladdin on my way to Europe and on my way back, I watched most of Gone With The Wind (yeah I know, an odd choice but I was in the mood for it). But these are two features I watched that I haven’t seen before, glad I did!

I’ve been a fan of Dev Patel for some time, and I think he’s really grown as an actor since his debut in Slumdog Millionaire over a decade ago. When you’ve got a brooding hitman-type on a mission to kidnap a bride-to-be the night before her wedding, you don’t immediately think of Patel. But that’s precisely why I’m curious to see him here, and I think he’s quite compelling playing against type. In most of his previous films (well except for LION) he’s often the jolly guy, but he barely cracked a smile in this entire film!

Directed by Michael Winterbottom, the opening sequence shows the unnamed Patel preparing for a journey from London to Pakistan. We have no idea what’s on his agenda, but with a sequence of buying guns, roll of duct tape, etc. we know he’s up to no good. It wouldn’t be a spoiler to say that indeed he indeed kidnaps the bride-to-be (Radhika Apte), but there’s more than meets the eye. In fact, the core of the film centers on their unconventional bond. It’s not stockholm syndrome however, as we don’t quite know who actually plans for the whole thing. 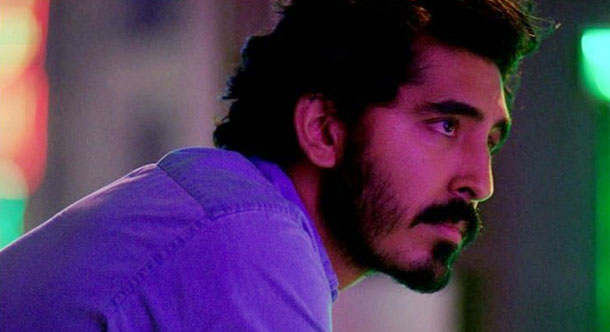 The movie itself is as reserved and moody as the protagonist. The neo-noir style is enhanced by the music (that’s reminiscent of Jóhann Jóhannsson’s style) and gorgeous cinematography, making the most of the India/Pakistan locations. I know the pacing might be a problem to some, but I was quite invested in the story as the movie went on. Even watching it on the plane, I wasn’t bored by it. I find Patel to be a magnetic presence, and a pretty convincing enigmatic figure. But it’s Apte who’s quite a revelation here, and it’s certainly a juicy role for a woman of color who rarely gets to turn the table on the male protagonist.

It’s too bad the film didn’t do well after its premiere at TIFF. I highly recommend this if you’re a fan of Patel, or if you’re up for an off-the-beaten path psychological thriller that’s more about the character development than a well-choreographed action sequence.

The Inventor: Out for Blood in Silicon Valley (2019)

I’m glad Delta has this Alex Gibney documentary as I don’t have HBO. I’ve been curious about this film since I read a lengthy article about Theranos’ founder Elizabeth Holmes, the youngest self-made billionaire who turns out to be a fraud. Apparently the film’s producer met with Holmes early in development (per IMDb), before criminal charges were filed, to determine whether she could be interviewed for the film. Gibney decided to portray how Holmes crafted her company and her own image seen by the public, which is inherently fascinating. Holmes herself is perhaps a documentarian’s dream given how controversial yet magnetic she is, it’s no wonder she was able to fool so many prominent figures to invest in her company (Walmart founder Sam Walton, Rupert Murdoch, etc) and people like Henry Kissinger, George Schultz to be on her company’s board.

Gibney’s documentaries are extremely well-crafted and this one is no different. There are plenty of archival footage of Holmes and the miniature blood testing labs she dubbed the “Edisons” in the Theranos Palo Alto headquarters. Most were taken before she was charged, and some were from Theranos’ own promotional videos. Interestingly enough, we learn that ‘Edison’ is actually a perfect moniker for her blood testing machine, given the man known as one of America’s greatest inventors perfected the ‘fake it until you make it’ mantra. In any case, there are also interviews with whistleblowers, such as former Theranos lab technician Erika Cheung and Tyler Schultz (his grandfather was one of the board members). Of course, the one crucial interview is with John Carreyrou, The Wall Street Journal journalist who first accused Theranos of misrepresentation.

This is the kind of documentary that makes you shake your head repeatedly and also gets you riled up on how someone could deceive people and be allowed to do so for so long. One can’t help but think of her ‘white privilege’ upbringing that contributes to this whole thing, as so many important people were so easily swayed by her claims and willing to help her without investigating further. It also gives me chills how she went so far as making a deal with Walgreens with her blood testing procedures that compromises many people’s health.

Gibney is quoted on IMDb as saying “She made the documentary she wanted me to invest in and I used it to a different purpose.” While he didn’t outright condemn Holmes for her actions, it’s hard to feel neutral about such a fraud, especially one who’s as arrogant and defiant as Holmes.

So have you seen either one of these films? I’d love to hear what you think!

10 thoughts on “In-flight Watching Recap: The Wedding Guest + The Inventor: Out for Blood in Silicon Valley”