Can’t believe we only have two more days of TCFF! It’s been quite a whirlwind couple of weeks for me, and I’ve been running pretty much on adrenaline! It’s been so awesome meeting new people, from filmmakers, talents, producers, etc., it’s been so exhilarating and inspiring! I’ll be sure to include pictures in my closing night post!

Today we’ve got some reviews of short films that played during TCFF. I think it’s great there are plenty of short films being screened at the film fest, which feature innovative stories that talented filmmakers capture within a short amount of time. Thanks again Sarah for all your great reviews!

“The Clubhouse,” a seven minute short film directed by and co-written by Dan Delano, tackles one of the vexing issues of a boy’s youth – what to do when a girl moves into the neighborhood and wants to join your game of Dungeons and Dragons? “Girls don’t have any battle strategies,” one boy says dismissively.

I’m always impressed when filmmakers can present a fully fleshed out story in such a short amount of time and this effort is no exception. What ensues is a fantastical “Game of Thrones” inspired thriller that allows the warrior princess to prove her mettle. As many might remember from their youth, she receives acceptance in the most unassuming of ways – an invitation to get ice cream. How does this all come together in seven minutes? Take a “short” break and find out for yourself. 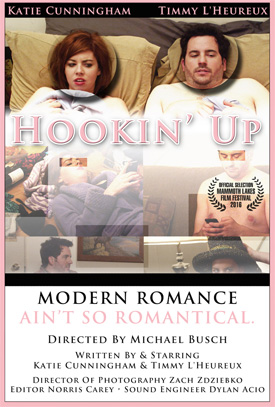 In “Hookin’ Up,” Jessica (Katie Cunningham) and Peter (Timmy L’Heureux) attempt to have a “perfectly normal Tinder date.” I’m not sure if either have any personal experience with the popular dating app but they do a fine job tackling the awkward conversation that follows. “Oh you like to travel? How orig…too bad your haircut isn’t allowed out of the country,” Katie muses.

“In my last relationship we bought a printer together and when we broke up it was just awkward,” says Peter. The nine minute short film directed by Michael Busch is an unassuming ode to the sometimes bizarre world of relationships…and Scattergories. 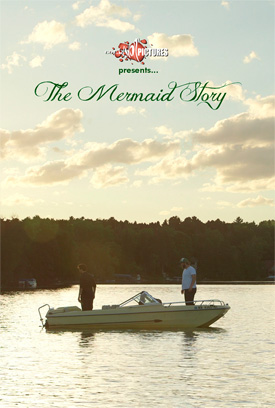 “The Mermaid Story,” the 14 minute short film from Director James Snapko, would have fit in well at the Twin Cities Film Fest in previous years as one of the educational subjects the festival has tackled is the issue of bullying. Although short, this movie’s narrative proves what can happen when people are pushed too far and constantly told that they are stupid or not good enough.

The story centers on two brothers, Curt (Max Giles) and Ace (Chase Hammond), who own a bar in Northern Minnesota. (As the movie was shot on location in Outing, some might recognize local landmarks.) When Curt comes in after a day on the lake and tells of seeing a mermaid in the water, his bar tale is met with skepticism. “What an idiot,” they say.

Giles does a good job of conveying the hurt and anger someone can feel when they are dismissed indifferently. When his brother says angrily, “Okay, show me your water whore” a day on the lake turns into something much more sinister. This film is a good reminder that words do matter.

I grew up with fraternal twin brothers, so I’m immediately intrigued by the premise of identical twin brothers reunited for the largest twins gathering at Twinsburg Ohio. It’s a semi-autobiographical tale from director Joe Garrity, who stars in the film with his real-life twin Phil Garrity. They both have a certain deadpan delivery that’s really a hoot to watch.

Joe plays Jerry, who’s still sentimental about his twin identity and thus more excited about attending the festival than his reluctant brother Paul. It’s amusing to see them riding a tandem bike in their matching costume-y suits, and participate in multiple festival competitions from talent show, most-alike contest to singleton hunt in the woods.

Filmed at the 2014 Twins Days Festival, it’s a quirky, funny yet bittersweet tale of coming to terms with how their childhood tradition no longer fits their changing adult lives. There’s a hint of romance with fellow twins who seem more comfortable doing things apart. Joe Garrity is certainly a talented filmmaker with comic talents, I’m curious to see what else he’d come up with in the future.

What’s in store for closing day!