As a fan of the Bourne trilogy, I was dismayed when in 2012, Universal went ahead with the sequel (Bourne Legacy) without Matt Damon. That fact perhaps made me more excited to see Damon teamed up again with director Paul Greengrass for a fifth (well, technically fourth) entry. I guess it’s inevitable that a franchise as lucrative as Bourne will keep on going and going like the Energizer bunny, it’s essentially the American version of James Bond.

This movie starts out about eight years after the events that took place in Bourne Ultimatum, where Bourne exposed CIA’s covert ops Blackfriar. As a result he’s been hiding out in Greece, and apparently does bare-knuckle boxing in his spare time. Whilst the previous three films followed Bourne on a journey to find out who he really is, this time around he’s aware of his identity. He knows his real name is David Webb and became the lethal assassin that is Jason Bourne when he joined Treadstone. But of course there are new revelations about his past that the CIA’s been keeping from him, and later we find out the matter is quite a personal one.

Intense secrecy and not knowing who to trust is at the heart of any spy thriller and that’s the case here. There are obvious antagonists, CIA director Robert Dewey (Tommy Lee Jones) and his henchman known only as The Asset (Vincent Cassel), but there’s Heather Lee (Alicia Vikander) who heads the Cyber Ops Division who’s sort of in the gray area. On Bourne side is his longtime ally Nicky Parsons (Julia Stiles), who risks herself retrieving classified files about Bourne’s late father.

Now, one major beef I have with this movie is how they handled Nicky. I feel that for someone who’s been with the franchise for that long, the writers (Greengrass & Christopher Rouse) should’ve given her a much better character arc. Heck, I’d love to see just a bit of background to her character that would at least explain why she’s loyal to Bourne. I mean, they did so with The Asset, which explains his personal vendetta against Bourne. At the very least, why not give her the same courtesy? 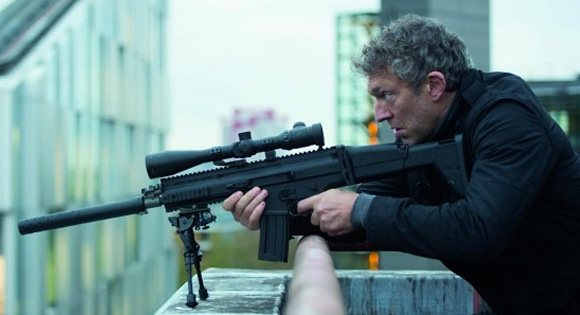 But what I did like is that like in previous films, Bourne is given an adversary worthy of his prowess. Jones’ Dewey is ruthless in his pursuit to eliminate him and Cassel is one menacing guy who makes The Asset a formidable foe for Bourne. Dewey’s ruthlessness isn’t just concerning Bourne, but the fact that he’s willing to sacrifice his own people, as well as civilians at large, in order to fulfill his purposes. The film also delves into the state of current tech and geopolitical climate and woven it into the plot. Things like privacy, hacking, the political instability in Greece, etc. are certainly timely things we deal with in our world today. So the subplot involving a social media program called Deep Dream is pretty relevant, and British actor Riz Ahmed is quite memorable here playing its founder.

The movie is basically a giant chase scene. There’s not much breathing room because of the way Greengrass shot every scene. Even the mundane office scenes are shot in a frenetic style with hand-held camera that gave me a bit of a headache at first. But thankfully after a while I was able to overcome it and it didn’t bother me as much, though I still think it’s a bit excessive.

Going into a Bourne movie, of course you expect a ton of exhilarating action sequences, and this movie delivered! The motorcycle scene through narrow streets, scaling up and down steps through a Greek city gives you such a huge adrenaline rush. But that’s nothing compared to the crazy car chase in the Vegas strip involving a SWAT truck plowing through a bunch of cars. It certainly isn’t aiming for realism, but boy was it fun! Apparently the sequence took five weeks to shoot and ended up wrecking 170 cars.

Those wanting to see hand-to-hand combat won’t be disappointed though. There’s an extended scene of Bourne vs. The Asset that’s pretty darn intense. I noticed there’s no music going on during that scene, only the sound of bone crunching and flesh tearing to enhance the impact. Damon’s definitely still got it, Bourne is certainly one of my favorite roles of his. At 45 he’s looking more grizzled with bags under his eyes, but he pulls off the physically-demanding role once again. But of course like Bond, Bourne’s got stamina of super-heroic proportion and seems to be impervious to pain.

The finale suggests the strained relationship between Bourne & the Agency remains unchanged. Of course there wouldn’t be a Bourne franchise if the hero’s suddenly in good terms with a big, powerful organization notorious for overreaching its boundaries. Vikander acquits herself well here as the new face who might be present in future installments, and I have no problem with that. 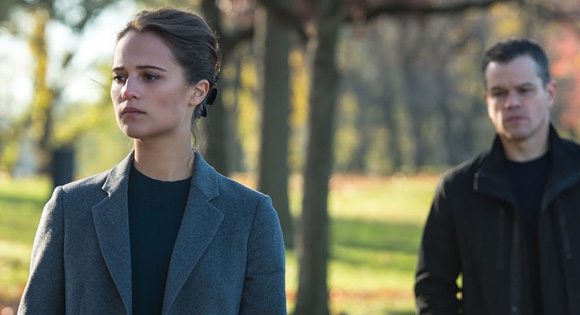 I think there’s nostalgic elements here that affect my enjoyment. I love that the Moby song Extreme Ways is still used, it’s certainly the defining theme for the franchise. On the whole I think Jason Bourne is on par with the trilogy even if it isn’t as impactful. It could be because the mystery surrounding his identity is no longer there, which was the secret ingredient that makes Bourne’s journey so intriguing. That said, it’s certainly still an enjoyable action thriller because I’m a big fan of this character and Damon playing him. Unlike Bond though, it remains to be seen if this franchise can have as much longevity without Greengrass and Damon.

Have you seen ‘Jason Bourne’? I’d love to hear what you think!