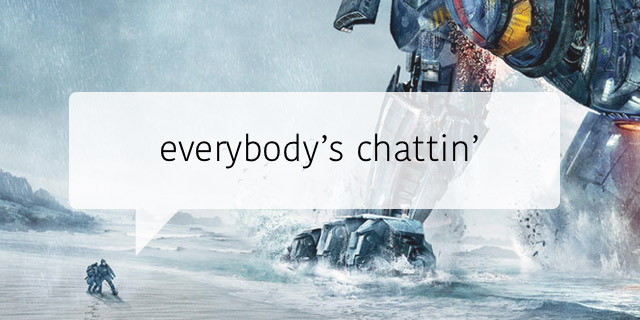 Heh, why is it only Wednesday

It’s a pretty busy week at work and June is looking to be a hectic one, which is unusual for Summer. In any case, I’m also gonna be blogging a bit less as I’m REALLY trying to get my script done but the race the the finish is usually the toughest and I’m finding that w/ mine, especially the dialog of the final scene.

But hey, there’s always time for community links… so here we go!

I’ve missed a few of Dan Stephens‘ awesome top 10 lists… LOVE this one on Vengeful Vigilantes.

Nostra reviewed Midnight Special which I can’t wait to see once the blu-ray is out in a couple of weeks!

On the other hand, I think I’m gonna skip The Brothers Grimsby even though Dan O. didn’t hate it.

Brittani reviewed the French film Mustang. Given how much I LOVE the female-led Girlhood that’s also directed by a woman, I can’t wait to see this one!

Steven reviewed The Martian which made me want to see it again pronto!

Now, given her baby is due soon, we may not get to see many more of Film Fridays from Abbi, so check out her latest post that include reviews of Sing Street & Florence Foster Jenkins.

Now, we’ve got a cinematography and scene spotlight on two of my favorites. Keith posted great images from Inception, and Zoë posted the awesome club shootout scene from John Wick. Can’t wait for the sequel!

Now, speaking of a sequel I can’t wait to see…

It’s been a while since I’m actually excited for any sequel, but I’m a huge fan of Pacific Rim and I was so bummed that it’s been stuck in development hell for some time. For a while it seems it might not even get made at all for one reason or another. But looks like it will happen after all, wahoo!!! And what could be better than an awesome casting bit to go with it…

John Boyega, one of today’s rising stars out of Star Wars: Force Awakens has been cast as the son of Idris Elba’s Stacker Pentecost! What an absolutely brilliant casting!! I was literally in glee when I heard it and it just couldn’t be more perfect. Boyega and Elba are born & bred in London and they’re both super charismatic! I’d love to see him use his natural accent in Pacific Rim 2, as he used an American accent as Fin in the Force Awakens.

… but I’m hoping he’d have a small part maybe in Flashback scenes? Man it’d be cool to see him & Boyega on screen together. But for sure I’m excited to see Boyega as a Jaeger pilot and keep on cancelin’ the apocalypse!

Guillermo del Toro isn’t directing this one though he’d still serve as producer. Steven S. DeKnight (who directed an episode of Netflix’s Daredevil as well as executive-produced the series) is helming this one. Per EW, del Toro said this:

“I am very proud and happy to welcome John into a fantastic sandbox. The Pacific Rim universe will be reinforced with him as a leading man as it continues to be a multicultural, multi-layered world.”

I love how diverse the cast of the first movie and so if Rinko Kikuchi is back again with Charlie Hunnam, I’ll be a happy camper!

What do you think of this casting news? Are you excited for Pacific Rim 2?
…