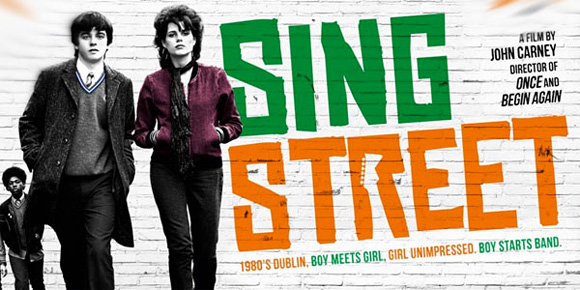 Ahhhh… the 80s. Duran Duran, A-Ha, Spandau Ballet, The Cure, etc. I grew up with the bands featured in this movie, which adds the enjoyable quotient tenfold for me. I discovered John Carney a bit late as I saw Begin Again first a couple of years ago, then rented Once after that. I absolutely loved both of them, though Begin Again felt a bit more Hollywood given that it’s got bigger stars like Keira Knightley and Mark Ruffalo, so I’m glad he returned to his Irish roots in his latest.

Set in Dublin in the mid 80s, Sing Street‘s tagline says ‘Boy meets girl, girl unimpressed, boy starts band’ and the movie is exactly what it says on the tin. The boy is Connor (Ferdia Walsh-Peelo), a 15-year-old boy who turns to music to escape his strained family life as his parents are going through a divorce. It’s certainly a story anyone can relate to, I mean we’re all teenagers once too. It’s especially tough when teens have to switch schools and that’s what happens to Connor when he’s sent to an inner-city public school to save money. That’s where he meets the mysterious girl Raphina (Lucy Boynton) with big dreams of becoming a model in London. 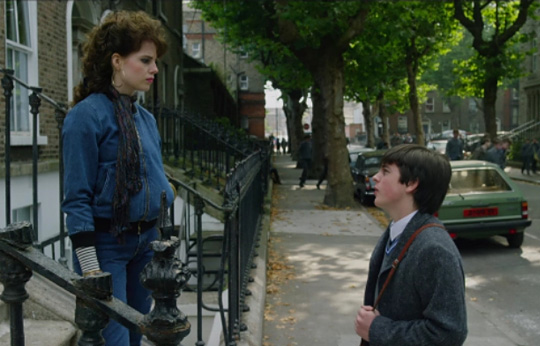 The whole process of Connor and his new pal Darren forming the band is such a joy to watch. Of course being a movie it all feels fairy-tale-ish how it came together, but it’s got such an infectious charm that got the whole theater in a jolly mood. The boys in a band have such quirky personalities, one of my fave parts was in Eamon’s (Mark McKenna) house when he showed off his abilities to play multiple instruments. But all of the music videos they’re filming are such a hoot, as the boys assumed different personas of famous bands from that era. I think my fave look is when the boys were rockin’ the guyliner and teased hair inspired by The Cure. The young actors (except for Boynton who I had seen in BBC miniseries of  Sense & Sensibility) are all unknown. In fact, this is 16-year-old Ferdia’s acting debut, though he had stage and opera experience. The fact that the actors did their own singing certainly adds to the authenticity of the story. 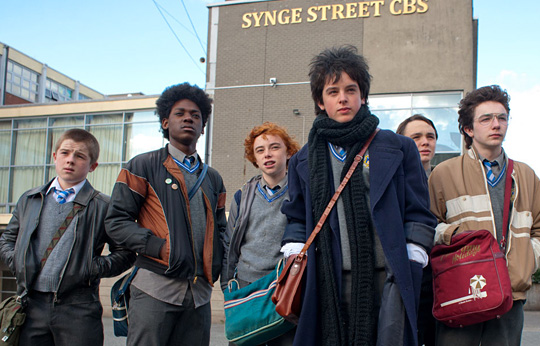 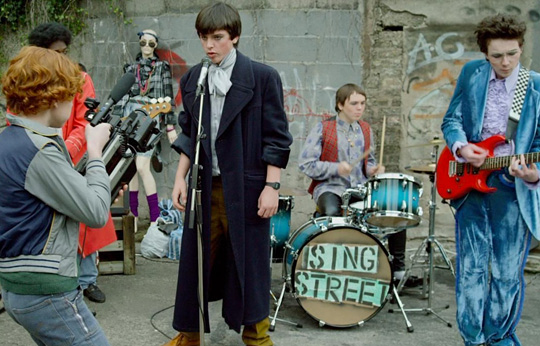 All the musical performances are definitely the highlight, though there are poignant moments throughout. Kids get bullied in school from fellow students and strict teachers (which I could relate to as I went to an all-girl Catholic high school) and of course, dealing with the broken heart of first loves. The romance between Connor and Raphina is sweet despite being rather mawkish at times. I think the relationship between Connor and his down-on-his-luck older brother Brendan (played affectingly by Jack Reynor) is more memorable. Connor looks up to Brendan who teaches him all there is to know about rock ‘n roll ‘No woman can truly love a man who listens to Phil Collins.’ Ha! Yet in a way, Brendan also lives vicariously through his naive-yet-driven younger brother and in the end was inspired by him. 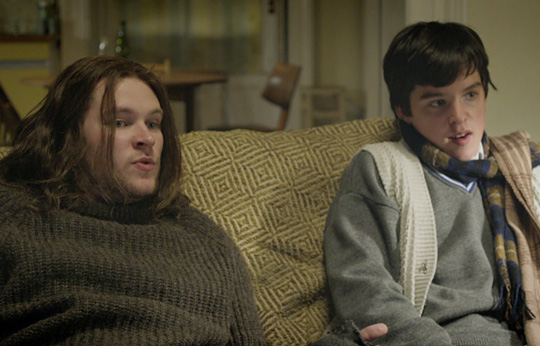 I had such a blast watching this movie, in fact it’s one of the most joyful films I’ve ever seen. This is apparently semi-autobiographical for writer/director John Carney and it’s the perfect love letter to the 80s and the power of music. For anyone who’s used music or other forms of art to escape the harsh realities of life will be swept away by the infectious optimism of this movie. The way he integrates music into the storyline is unlike any other filmmaker working today. I definitely will do a Music Break post with my favorite tunes from the movie. In fact, I was listening to the songs as I was writing this review and can’t wait to re-watch this movie again.

Have you seen ‘Sing Street’? Well, what did YOU think?