The movie opens with a bank robbery that didn’t go as smoothly as planned. The bank robbers weren’t there to steal money but a case in the safe box. In a pretty impressive opening action sequence, the robbers were able to escape unscathed. We then learned that two of the robbers named Marcus Belmont (Anthony Mackie) and Jorge Ridriguez (Clifton Collins Jr.) are cops and one is an ex-cop named Gabe Welch (Aaron Paul). The rest of the robbers are ex-military men named Michael Atwood (Chiwetel Ejiofor) and Russell Welch (Norman Reedus). They were tasked to steal something very important for a Russian mob boss named Irina Vlaslov (Kate Winslet, sporting a very 80s hairdo and weird Russian accent). Irina has a sister named Elena (Gal Gadot), who happens to be Atwood’s ex-girlfriend.

After Atwood delivered the steal goods to Irina, she told him that she has another job for him and his team. Atwood of course wasn’t interested but Irina told him she won’t pay him for the job he’d just finished unless he gets the second one done. With no other choice, Atwood got his team together again and try to come up with a plan to make the biggest heist of their lives. We then were introduced to a detective named Jeffrey Allen (Woody Harrelson), he’s in charge of finding the bank robbers. Allen has a nephew named Chris (Casey Affleck) who’s also a cop and Belmont’s new partner. As the story progresses we learned more about each of these characters and how they’re all some-how connected and we found out meaning of the movie’s title. 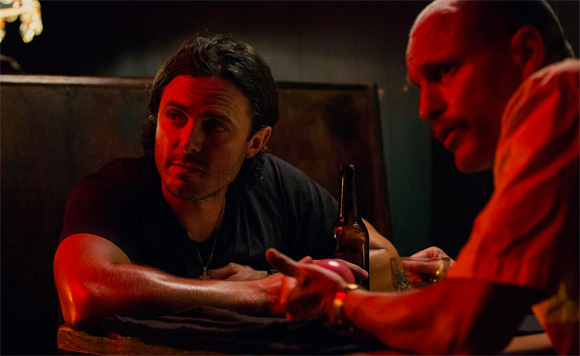 With so many well known actors in one movie, I wasn’t sure if they’re all going to get enough screen time, but to my surprise all of the big players got equal screen time and they played their respectively role quite well. This is the kind of movie that doesn’t really have a central character you want to “cheer” for, each of the characters has their own motivation and there’s no good or bad guy in the story. I had my doubts about Casey’s casting as the supposed “hero” of the story but his character played a central role in the plot and he’s pretty convincing.

John Hillcoat is one of my favorite newer directors and he didn’t disappoint with his direction for this movie. He staged some pretty good action sequences including his signature bloody violence. What really impressed me was how he avoided making the movie into a super dark and serious tone that has plagued most action movies the last few years. This movie feels like a thriller from the 80s and 90s.

…
Even though I was very impressed with the performances and direction of the movie, I had some problems with the script. Matt Cook is a newcomer in Hollywood and I was surprised his script didn’t get rewrites or more polished by other screenwriters. The story is filled with so many layers that I think a well-established screenwriter could’ve made it into a great script. I’m not saying that Cook’s script is bad just that it needed a lot of fixing. My biggest beef with the script was how the story wrapped so neatly by the movie’s end. I won’t spoil anything but if you saw The Departed then you’ll know what I mean when you see this movie.

Triple 9 is a well made action thriller that could’ve been a classic had the script been more polished. Fans of the buddy cop action and crime thrillers from the 80s and 90s will be pleased with it.

Have you seen TRIPLE 9? Well, what did you think?