Happy Tuesday everybody! It’s a short week with the Martin Luther King Jr. Holiday, and thank God we got an extra day off in the coldest weekend of Minnesota Winter. Well I sure hope this is as cold as it gets, with temps reaching double digits BELOW ZERO. We barely made it to zero the past couple of days! But hey, it’s gonna be in the 20s tomorrow, heat wave! 😛

Well, since I haven’t been doing a Weekend Roundup post in a while, I thought I’d share with you what I’ve been watching this weekend…

…
I’m not going to review Sicario as Ted has already done it here. But here’s my reaction:

Finally saw @SicarioMovie & my nerve’s stretched to its snapping point. Gripping from start to finish, wow!

Marie Antoinette was pretty interesting but it’s way too s-l-o-w and it felt so repetitive as for a while the film just didn’t go anywhere. It seems that Sofia Coppola is a hit and miss and this is certainly no Lost in Translation. I think I probably enjoyed it a bit more as I’m intrigued by French history but under a different director I think the film would’ve been a much better film.

Kirsten Dunst was surprisingly good in the title role though, and I did like the use of modern music in some of the scenes, but overall the movie is rather meh. Wish Stanley Weber had played Marie’s lover Count Axel Fersen instead of Jamie ‘Christian Grey’ Dornan. Stanley might still be in acting school back in 2006 but heck, I think he could still pull it off, I mean he IS French and quite a seductive one, I might add 😉

No doubt it was bittersweet watching Alan Rickman as Col. Brandon once again in Sense & Sensibility. I had to admit I teared up a bit when he showed up on screen for the first time… I wrote a tribute for him this weekend, I shall miss him dearly. As for 45 Years, it’s such a delicate and beautifully-told story that shows how delicate love truly is. Charlotte Rampling is wonderful, her Oscar nomination is well-deserved.

So about those links…

Keith reviewed 13 Hours: The Secret Soldiers of Benghazi. I was as surprised as he was that this wasn’t another crappy Bayhem, I think he did the story justice. (Check out my interview w/ the three soldiers who lived it)

Reviews galore… Steven and Ian reviewed The Revenant, Mike reviewed the indie sci-fi 400 Days, and Vinnie reviewed The Man From U.N.C.L.E. (Speaking of 400 Days, check out my Q&A with the writer/director Matt Osterman)

A couple of awesome music-related lists! Chris picks his top 10 best albums of 2015 and Margaret lists her picks of 10 best film tracks of 2015. 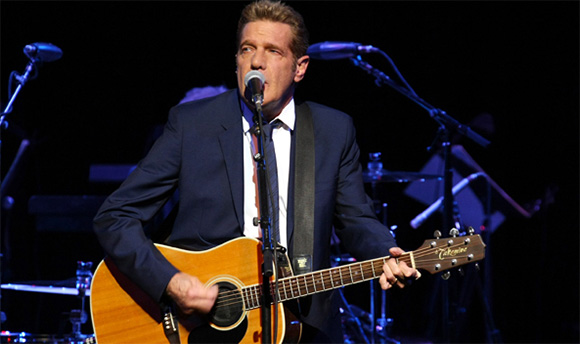 This music break is dedicated to Glenn Frey, one of the founding members of The Eagles who just passed away. Yes, another rock royalty has left us… boy it hasn’t been a good start to the new year has it? 😦

I love what the author of this CNN article (who wrote the biographic To the Limit: The Untold Story of the Eagles) said… “The passing of Glenn Frey both recalls and closes the book on one of rock’s most celebrated rock ‘n’ roll songwriting teams, but for many of us it also signals something more personal: the passing of a time when the Eagles’ “Hotel California” was the anthem for the youth of America in the ’70s — the way Beatles music was for the children of the ’60s…[Hotel California] described both the band’s self-destruction by excess, its awareness of that self-destruction and its inability to stop it. (‘You can check out any time, but you can never leave. …’).”

…
Hotel California is certainly my favorite from The Eagles, and also one of my favorite songs from the 70s. There’s something so eerie in the poetically-mesmerizing lyrics that always hypnotized me every time that song came on the radio. It also has a cinematic quality in that I somehow visualize the song every time I heard it.