1. Can’t believe the end of the year is upon us folks! As we anticipate December movies, I can’t help but setting my sights into movies opening in the Spring. Well, it looks to be a battle of Marvel vs DC, in which the two movies will consist of their own heroes fighting each other, ahah. Batman vs Superman aka Dawn of Justice and Captain America: Civil War are initially going to open on the same day, before Zack Snyder moved the release date of Dawn of Justice to March 25.

So here are the two recently-released trailers:

Heh, they pretty much given up the entire movie in the trailer! And despite all the hoopla of Batman fighting Superman, they practically downplayed the most intriguing aspect of the movie to introduce the huge monster Doomsday as the main villain. That’s just idiotic, why not build up more of the tension between the two behemoth heroes? I thought the 50-second teaser was far more interesting and ominous (see below), but the tone of the trailer is too playful it’s almost comedic which is just so messed up.

The only cool part of trailer 2 is seeing Wonder Woman in that last still shot, but man Jesse Eisenberg wins Most Annoying Villain ever as Lex Luthor.

On the other hand, I’m even more pumped to see the battle that goes down between Captain America and Iron Man! 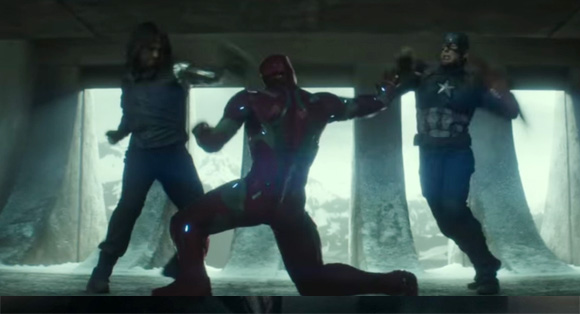 The Captain America franchise has become my favorite of the Marvel Cinematic Universe and the story arc is definitely the most interesting. I LOVE seeing Bucky in the trailer back on Capt’s side again. The reason why Capt. and Tony Stark are fighting each other make total sense and it’ll be a bad ass and emotional battle for both parties.

So what’s your thoughts on each of these trailers?
….

2. Switching gears to one of the most anticipated TV series returning next year. Both are supposed to be premiering in SPRING!!

One is Netflix’s DAREDEVIL… the teaser is over a month old but it’s still cool to see it again. Between Elektra and Punisher, Matt Murdoch’s got his work cut out for him! BRING. IT. ON.

As for the other series, well most of you who know me well should know by now how much I’ve been anticipating Outlander season 2, given how huge my crush is on hunky Frenchman Stanley Weber 😉

So yeah, one of the biggest reasons I look forward for season 2 is Comte St Germain. But I mean seriously, can you blame me? He still looks so damn hot in powdered wig, but I sure hope the producers know how to make the most of his talents. He’s largely unknown in the States but based on what I’ve seen him in so far, he’s SO much more than a pretty face and be both charming AND menacing at the same time. Can’t wait to see that staredown scene between Le Comte and Claire.

3. In the next few weeks I hope to do a Top 10 MVP of both male and female performers of 2015 (in a separate list). I might wait until January though so I can see as many new releases as possible. But I have a pretty good idea who would surely make my list based on what I’ve seen so far, these two would certainly make my top 10: 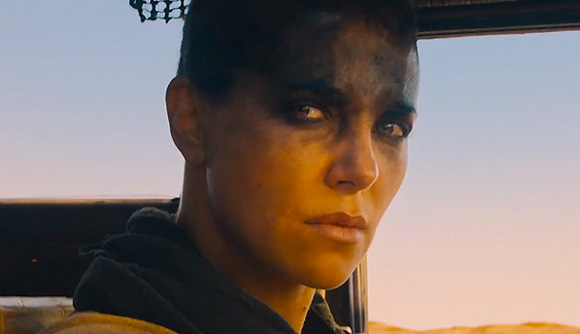 Thank you George Miller for making Mad Max: Fury Road a female-driven film and infused it with the most breathtaking, fun and emotional cinematic ride I’ve seen on the big screen all year. Charlize Theron is so freakin’ bad ass as Furiosa that it’s definitely one of the most memorable female performances of 2015. 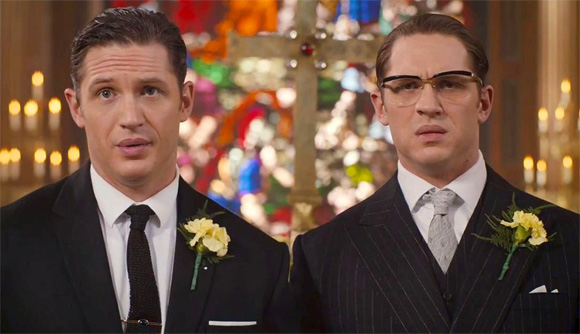 Ahhhh Tom Hardy… the scene stealer in practically everything he’s in gets to show his chops playing TWO characters as the Kray Brothers in LEGEND. He’s really the only reason to see the film. Absolutely mesmerizing despite the so-so script, and practically Bond-like as Reggie Kray. Please Broccolis, you’ve GOT to offer him 007 post Daniel Craig!

So if you could just name one male & female MVP of the year, who would they be?
….

4. Now, this question might be an easy or a tricky one. But I hope this topic will spark some discussions amongst you movie lovers.

Do you think 2015 has been a good year for movies? Please let me know your rationale regardless which is your answer.
…

5. This month Five for the Fifth’s guest is Keith from Keith and Movies Blog!

The question relates perfectly to the one above, as each of us certainly bring different expectations to certain films. I think for me, given how I feel about the recent Bond movies, I’d think Spectre is one of my biggest disappointments of the year.

With the movie year winding down, what was your biggest movie disappointment of the past year?

Well, that’s it for the year end’s edition of Five for the Fifth, folks. Now, please pick a question out of the five above or better yet, do ‘em all! 😀