A trio of casting/directing news piqued my interest this past few days that I thought I’d blog about it. I’m supposed to be doing this casting news roundup every month but obviously I’ve dropped the ball a few times 😛

YES! Another female-centric thriller based on a female author is getting a cinematic adaptation. The Girl on The Train is based on Paula Hawkins’ best-selling novel.

The story follows Rachel, a woman devastated by her recent divorce who spends her commute fantasizing about a seemingly perfect couple who lives in a house that her train passes every day. One morning, she sees something shocking there and becomes entangled in a mystery.

Naturally there’s the Gone Girl comparison given the unreliable narrator and marital dysfunction storyline. Emily Blunt was already cast as Rachel and Rebecca Ferguson apparently will be playing the role of Anna, the wife of Rachel’s ex-husband. There are apparently three prominent female characters in the novel.

In any case, I LOVE this casting bit! I’m a huge fan of miss Blunt and so I was already excited for this film for her, but given how Ferguson is my new girl crush thanks to MI: Rogue Nation, this has shot up to my must-see list for 2016! Well, I hope it’ll be released next year anyway. I’m glad that Ferguson passed on playing Channing Tatum’s love interest in Gambit according to Deadline. Ugh, she’s WAY too good for that role anyway. This sounds like two juicy roles for both talented actresses.

Now of course it’ll be interesting to see who’d be cast as Tom. He’s a douchebag so we’d need an actor who’s charismatic enough to go against these two. Maybe Jake Gyllenhaal or if they want someone older [who’s still smoldering], how about Clive Owen? He needs a REALLY memorable role right now, pronto!

Apparently this film has been a passion project for Mann for the last 15 years. Per Deadline, the he even partnered with the late director Sydney Pollack to bring the story of the Italian auto magnate to life. Apparently the film’s being packaged to be sold at the upcoming Telluride, Toronto and Venice Film Festivals and I can’t imagine this NOT being a lucrative project. 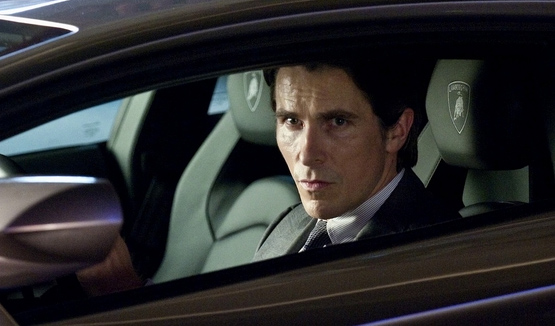 The film takes place in 1957, a year where passion, failure, success and death and life all collided. I’m not familiar with Ferrari’s life, but a quick check on Biography Channel tells the story that in 1957, a Ferrari car driven by Alfonso de Portago blew a tire and crashed into the roadside crash at the Mille Miglia. The driver, co-driver and nine spectator including five children were killed. In response, Ferrari and tyre manufacturer Englebert were charged with manslaughter as they chose to let the car continue for an extra stage rather than stop for a tire change. It was dismissed in 1961. 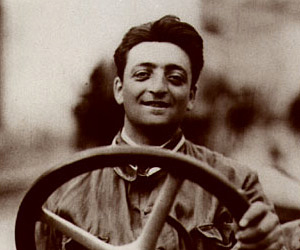 Per THR, the project adapts the 1991 book Enzo Ferrari: The Man, The Cars, The Races, The Machine, which details the rise of the auto mogul. Now, Bale’s casting definitely piqued my interest. He’s worked with Mann in Public Enemies, which I wasn’t crazy about, but hopefully this would be a more intriguing film. As disappointed as I was with Mann’s Blackhat, I still consider him one of my fave directors. Plus Bale is a heck of a lot better actor than Chris Hemsworth so even though he looks nothing like the real Enzo Ferrari, I think he could do this role justice.

Speaking of Hemsworth though, the last film involving car racing was RUSH which I think was pretty good. I grew up with a brother who’s a huge car fan so I’ve always loved watching car scenes in movies.

George Miller in talks to direct Man of Steel 2?

Now, file this under rumor that I wish were true! I hadn’t even been remotely excited for Man of Steel 2, nor that I thought it was still in the works. But with Mad Max creator George Miller’s involvement, color me intrigued!

If you’re into comic book adaptations, you probably are familiar that Miller was at one point going to direct a Justice League film with Armie Hammer as Batman and D.J. Cotrona [who resembles Henry Cavill a bit] as Superman back in 2007. It’s perhaps best that the project never came to fruition, but obviously Miller is interested in doing a comic-book film. Given the success of Mad Max: Fury Road, I’d think he’s in Warner Bros good graces to come back to the DC world.

Of course even if there’s a remote chance of this project happening with Miller, it’s still a loooong way off as Man of Steel 2 isn’t part of WB superhero slate until 2020. Per EW, what we can expect include movies like Shazam and Cyborg [??] Heh, I tend to agree with Rich in this article that perhaps some comic-book movies should NOT be movies.

Well, any thoughts about any of these news?