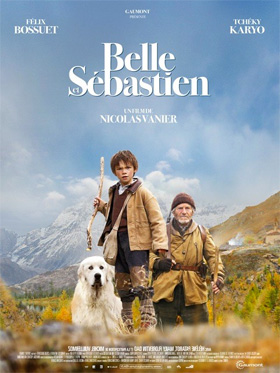 Despite being sometimes sappy and overly safe, Belle et Sébastien still mostly succeeds, primarily because Sebastian (Felix Bossuet) and Belle (a dog) are captivatingly adorable. It helps that their bond of friendship is keenly developed, as well.

The film opens with a group of mountain men, including Cesar (Tcheky Karyo), Sebastian’s primary caretaker, hunting a beast they believe has been killing their farm animals. The beast turns out to be a now feral, recently abused dog, whom Sebastian quickly dubs Belle. The two take their time forming an affectionate bond but soon become inseparable. Meanwhile, a friend of Sebastian’s adopted family, Doctor Guillaume (Dimitri Storoge), is sheparding fugitive Jews through wintry mountains, taking them to safety in Switzerland, all while the local Nazis wreak havoc on the village.

Eventually, of course, the two stories merge, which is good, because initially they are so tonally different that they feel mismatched. One is mostly lighthearted fair fit for younger audiences while the other is dark, obviously intended for older audiences. But writer/director Nicolas Vanier and his co-writers never immerse in the second narrative, instead opting to let it exist on the film’s fringes. As such, the World War II specific subplot is shorted, and the characters specific to it are underdeveloped (this is especially true of Angelina, played by Margaux Chatelier).

Still, despite these narrative flaws, Belle et Sébastien avoids failure, if only because the child lead and his canine friend remain captivating. So too does the relationship between Sebastian and Cesar, and later that between Cesar and Belle.  Moreover, the picture’s imagery is positively stunning. Vanier captilizes on his mountain setting in ways that always impress.

All of which is to say that Belle et Sébastien is imperfect, maybe even forgettable, but it still accomplishes what it sets out to do: tell a sweet story about a boy and his dog.

This quote opens The Keeping Room, a part home invasion, part relationship drama, part female empowerment, part anti-war film, and the picture’s plot, about which I will purposefully say little, sets out to prove it, from the opening to the conclusion. So it is we know the sort of movie we’re watching.

Tone is not director Daniel Barber and writer Julia Hart’s only success. So too is their stunning imagery.

And their investigation of people’s potential for cruelty. Moses (Sam Worthington, utterly terrific) does evil things, but he never feels evil. He feels like a person trapped in a system, doing things even he knows he shouldn’t. When he says, “I don’t know how to stop,” we believe him because Barber and Hart have so masterfully shown it to us. 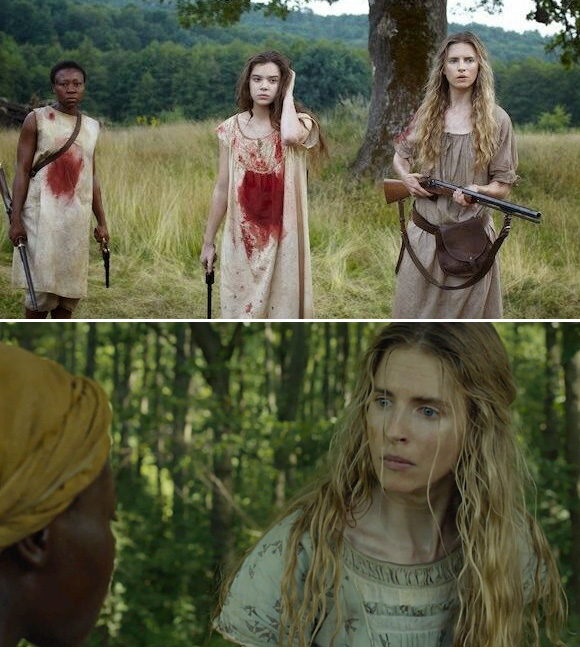 The writer and director adeptly characterize Augusta (Brit Marling, every bit Worthington’s equal) and Mad (Muna Otaru, very good), as well. These are two complex women, both of whom we like even though we sometimes question them.

Barber and Hart capture Henry (Kyle Soller) and Louise (Hailee Steinfeld), less well, however. The former is an archetype, a terrible person who does terrible things because he’s terrible. Henry’s behavior is probably no more or less twisted than Moses’, but the filmmakers fail to nuance the former as well as they do the latter. Louise, too, is borderline archetypal, at least until the end of the picture. (Note: despite this flaw in characterization, when Steinfeld and Soller share the screen, they produce The Keeping Room’s most catching scene.)

The movie’s other notable flaw: pacing. The opening is overdrawn and the finale a little rushed, especially insofar as Louise comes alive in the end, transcending the ‘spoiled teenager’ archetype on which we spend so much time at the The Keeping Room’s onset.

Still, here the merits well outweigh the flaws. This film is worth viewing.

Have you seen any of these films? Well, what do you think?