1. First things first… well, Twitter erupted with geekgasm yesterday when the third Avengers: Age of Ultron trailer dropped. I have to admit I dug it enough I watched it three times in a row during my lunch break. I’m lucky to have the 23-inch Apple Cinema HD Display at the office 😉

I wasn’t super excited about the first two trailers but now I’m slowly getting more enthusiastic about this sequel. Though I’m much more excited about Captain America 3 that opens May 2016.

For those who’re averse to comic-book stuff, no fret. Far from the Madding Crowd also opens on the same weekend (May 1).

…
I never read Thomas Hardy’s famous novel that the movie’s based on but I like the look of this one, sounds like something I’d enjoy. Carey Mulligan is lovely & talented, and this is from the director of The Hunt, Thomas Vinterberg, which was one of my top 10 films of 2013.

So are you excited for either one of these?

2. Check out the FIRST LOOK of Oliver Stone’s thriller SNOWDEN. The film is currently shooting in Munich, before moving to locations around the world.​ Joseph Gordon-Levitt plays Snowden before he became the NSA whistle-blower – Edward was an ordinary man who unquestioningly served his country. 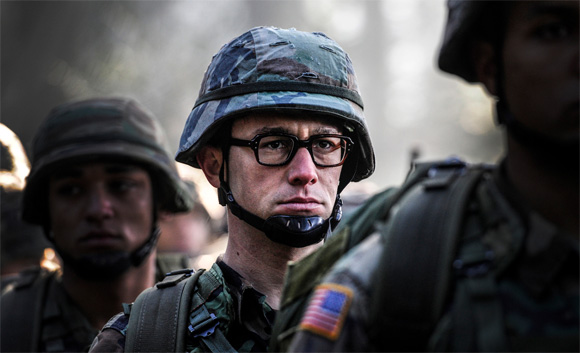 In any case, I’m not convinced yet about Levitt as Snowden, here’s what my casting wish for the role:

I knew the chance of Richard being cast is slim to none, he’s just a big enough name yet for such a role. Now, I’m not exactly a big Oliver Stone fan as director, we’ll see how much creative liberties will be taken for this movie. I think if you want to see the real Snowden, just watch the excellent doc Citizenfour instead.

What’s your initial thoughts of SNOWDEN?

3. Well, Cinderella hasn’t even opened yet and the interweb has been abuzz with the casting of yet another live action Disney adaptation, Beauty & The Beast. Apparently it’ll be a musical, with Emma Watson as Belle, who was cast months ago. Well, this week we’ve got casting news of the Beast himself AND its villain, Gaston: Dan Stevens and Luke Evans respectively. Behold the gorgeous all-Brits main cast:

I actually just rewatched some clips of the animated feature not that long ago and looking at the drawings below, I’d say the casting is pretty spot-on physically. Though Stevens would likely have to undergo long hours in the makeup chair to get all big and furry as Beast, which is too bad that they have to cover up that handsome face!

I personally like this casting. These are impossibly beautiful actors but fortunately they can act and have charismatic screen presence. It’d have been horrid if they cast say, Alex Pettyfer and Liam Hemsworth for example. Not convinced with Bill Condon as director though, but I haven’t seen Dreamgirls yet, so I suppose he has experience directing a musical.

What do you think of this casting bit?

4. Oh for the times they are a-changin. Nothing could be truer for media distribution landscape, as companies like Amazon and Netflix are entering the foray. Well, this is creating some interesting *shake-up* as four major theater chains are refusing to show Beasts of No Nation, the Cary Fukunaga drama starring Idris Elba that Netflix bought this week for $12 million, because the company is debuting the film simultaneously on its streaming service (per Variety).

Apparently the reason is that “… they do not want to provide screens to films that do not honor what is typically a 90-day delay between a theatrical debut and a home entertainment release.” 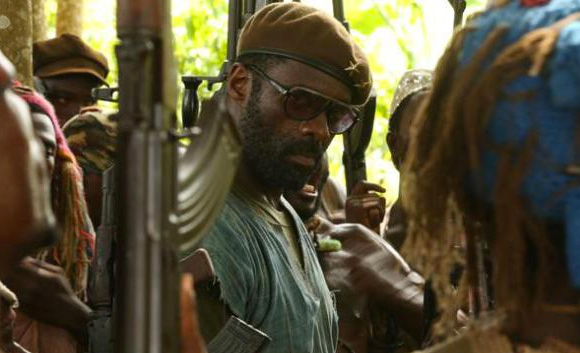 A drama based on the experiences of Agu, a child soldier fighting in the civil war of an unnamed African country.

Well, since I have Netflix, it doesn’t bother me much, but this news certainly made me pause a bit. What if it’s the kind of movie I’d LOVE to see on the big screen? There’s only a handful of indie theaters near me, so there’s a likelihood none would even show such films. How big of a game changer this will become remains to be seen, but we might know sooner rather than later. Netflix also announced similar plans to the sequel to Crouching Tiger, Hidden Dragon that’s supposed to be out in August. It’s also partnering with a bunch of celebs on various projects, the latest is a partnership with Leonardo DiCaprio on documentaries that will premiere exclusively on Netflix.

What are your thoughts on this development?
…

5. The first 2015 Five for the Fifth’s guest is Natalie from Writer Loves Movies blog!

We’re seeing some interesting Artificial Intelligence films lately (Her, Ex Machina). Chappie is out soon too. As a kid I loved Johnny 5 from Short Circuit! But as a grown up I’d have to pick Her‘s Samantha, such a clever film.

So, what’s your favorite cinematic AI?

Well, that’s it for the March 2015 edition of Five for the Fifth, folks. Now, please pick a question out of the five above or better yet, do ‘em all! 😀