What a hectic weekend it’s been. With my hubby’s company holiday party, a Christmas concert, a TCFF bloggers meet-up and a morning screening, I barely had time to even open my laptop until Sunday night. No time for home cinema at all obviously, though I did see two press screenings: Into The Woods on Thursday night and Night at the Museum: Secret of the Tomb Saturday morning.

It’s my first Night of the Museum movie I’ve ever seen, in fact I didn’t even know this was the third entry, wow! It was fun enough that I might check out the previous two. As for Into The Woods, well let’s just say that apart from some hilarious sequences, this material might’ve been more suited for a play. I’ll post a double review of both before Christmas. 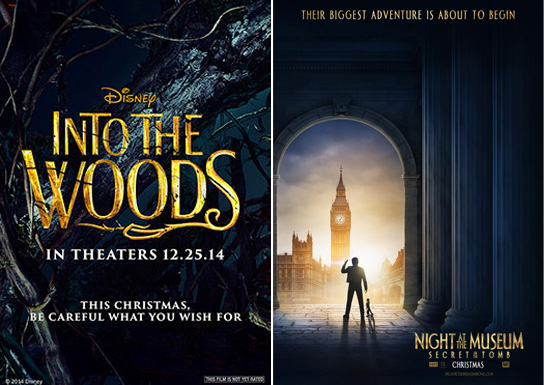 Ok, this post marks the first Awards Chatter of the year!

I finally had time to put my thoughts down on the two recent award nominations that was announced back to back last week. To keep this post at a manageable length, I’m only limiting my comments to under 15 categories each, and on FILM nominations only (as I barely watch any TV to have any opinion on those). 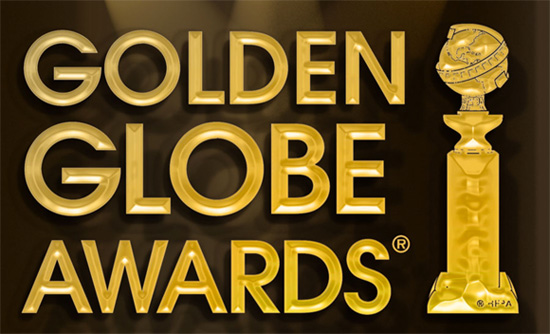 BEST PICTURE (drama)
Boyhood
Foxcatcher
The Imitation Game
Selma
The Theory of Everything
…
I’ve only seen two out of this list, but Selma‘s press screening has been scheduled in the first week of January so I’m looking forward to that! I honestly don’t know which one I’m rooting for most, I guess I’ll know after I see Selma but I’m glad there’s finally a good Martin Luther King Jr. adaptation. But where’s Gone Girl?? It’s nominated for Best Director but no love from the Hollywood Foreign Press for the film itself?
…
BEST PICTURE (comedy/musical)
Birdman
The Grand Budapest Hotel
Into the Woods
Pride
St. Vincent
…
After having seen Into The Woods, I definitely don’t think it deserves a nom! I wish Begin Again had been nominated here over that one instead, it’s just a more entertaining and engaging film by a wide margin. Ah well, I guess out of this list, I’m rooting for Birdman with Grand Budapest Hotel a close second.
…
BEST DIRECTOR
Wes Anderson | The Grand Budapest Hotel
Ava DuVernay | Selma
David Fincher | Gone Girl
Alejandro González Iñárritu | Birdman
Richard Linklater | Boyhood
…
As I haven’t seen Selma and Boyhood, out of the three I’ve seen, I’m torn between Iñárritu and Fincher. Congrats to Ava DuVernay for making history as the first-ever African-American woman to be nominated in the Best Director category! At the same time, why does it take THAT long for a woman of color to finally get directorial recognition?! Well, out of the ones I’ve seen, I’m leaning towards Iñárritu as Birman is just unlike anything I’ve ever seen and will surely end up in my final Top 10. It’s hilarious yet poignant at the same time and I’m just glad to see Michael Keaton making a major comeback!
…
BEST SCREENPLAY
Birdman
Boyhood
The Grand Budapest Hotel
Gone Girl
The Imitation Game
…
Again, I’m rooting for Birdman here, though I think Gillian Flynn did a fantastic job adapting her own novel Gone Girl, so I definitely wouldn’t cry foul if she wins.
…
BEST ANIMATED FILM
Big Hero 6
The Book of Life
The Boxtrolls
How to Train Your Dragon 2
The LEGO Movie
…
Yay, three of my fave animated films are nominated!! Out of Big Hero 6, HTTYD 2 and The LEGO Movie, I’d LOVE to see Big Hero 6 win, but I think The LEGO Movie could very well be the one to beat this year.
…
ACTOR (drama)
Steve Carell | Foxcatcher
Benedict Cumberbatch | The Imitation Game
Jake Gyllenhaal | Nightcrawler
David Oyelowo | Selma
Eddie Redmayne | The Theory of Everything
… 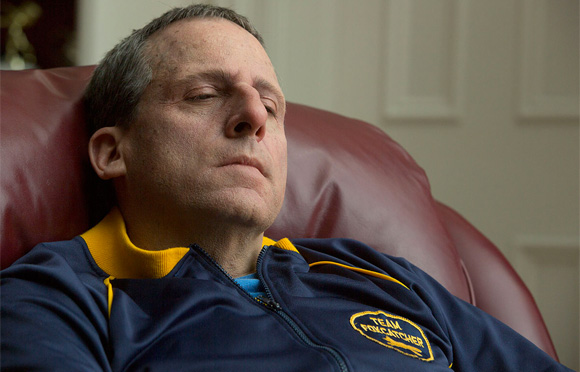 This is such a strong category and each seems to be quite deserving of a nom. I’m bummed that I have only seen two performances here, Carell’s and Cumberbatch’s. Carell is absolutely astounding and virtually unrecognizable in Foxcatcher and so my money is on him this year.
…
BEST ACTOR (comedy/musical)
Ralph Fiennes | The Grand Budapest Hotel
Michael Keaton | Birdman
Bill Murray | St. Vincent
Joaquin Phoenix | Inherent Vice
Christoph Waltz | Big Eyes
…
I LOVE the fact that Fiennes is getting a nod for a comedic role and deservedly so. But I’ve been a fan of Keaton for some time and I’m really rooting for him to sweep all the awards this year.
…
BEST ACTRESS (drama)
Jennifer Aniston | Cake
Felicity Jones | The Theory of Everything
Julianne Moore | Still Alice
Rosamund Pike | Gone Girl
Reese Witherspoon | Wild
…

So the trend that actress who *deglamorize* for a role usually gets nominated continues. I haven’t seen Cake yet and I honestly haven’t heard much of it apart from Aniston going sans makeup in the role. I guess I might rent it when it’s out on rental. I’d LOVE to see Pike win this category, I mean she’s just fantastic as Amy Dunne, and please please please, don’t give it to Witherspoon!! I’m already so disappointed seeing her name here, I mean I’d rather nominate Gugu Mbatha-Raw for either Belle or Beyond the Lights any day!

I’ve only seen Emily Blunt‘s performance here, and though I’m not crazy for the movie, I do think she’s VERY good in the role but she’s always been a great actress IMO. Kudos for Moore for her double nominations though I have yet to see either one of her performances.

…
BEST SUPPORTING ACTRESS
Rosana Arquette | Boyhood
Jessica Chastain | A Most Violent Year
Keira Knightley | The Imitation Game
Emma Stone | Birdman
Meryl Streep | Into the Woods
…
Both Knightley and Stone were good in The Imitation Game and Birdman, respectively, but I don’t know who I root for most out of those two. I’ve always like Chastain as an actress and I’d have liked to see her get a nod for The Disappearance of Eleanor Rigby. Interesting that Streep’s character is considered a supporting role in Into the Woods, as she seems to have a pretty major screen time there. In any case, does she have to be nominated for EVERY SINGLE ROLE she plays EVERY YEAR though?? I could think of a handful of actresses I’d rather see in her place, for one I’d love to see Andrea Riseborough (or Naomi Watts) in Birdman get a nod! I was also impressed by Kim Dickens as Detective Boney in Gone Girl.
…
BEST SUPPORTING ACTOR
Robert Duvall | The Judge
Ethan Hawke |Boyhood
Ed Norton | Birdman
Mark Ruffalo | Foxcatcher
JK Simmons | Whiplash
…
Woo hoo for Mark Ruffalo! I was a bit worried Channing Tatum would get a nod in the supporting role instead of him. I guess Tatum could be considered a co-lead with Carell. But Ruffalo was truly the heart of the film and he was truly believable and compelling in the role. Meh on Robert Duvall, but I guess it’s better him getting a nod than Robert Downey Jr from The Judge.
…

…
I’ve been listening to Interstellar’s score a lot lately so I guess that’s my favorite from the bunch. But Reznor’s work for Gone Girl is excellent and I’ve been a fan of Desplat’s work generally. Seems that the Academy loves him, he’s been nominated 6 times in the last 7 years, but he has yet to win. So perhaps this would be Desplat’s year?
… 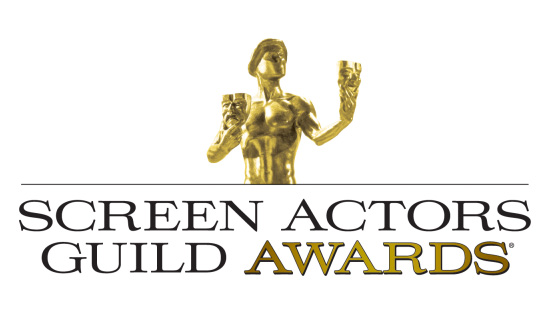 I’ve never blogged about the SAG awards before for some reason, but it could very well be far more important than the Globes and other awards apart from Oscars. Per THR, in the years since the SAG Awards were first handed out in 1995, the guild’s acting nominees and winners have predicted the Academy Awards’ acting nominees and winners more consistently than any of the many other accolades that collectively constitute the awards season.
…
It’s definitely the year of the Brits! There’s a British actor in practically every acting category both at Golden Globes and SAG this year.
…

…
Pretty much everyone I predicted would be nominated are on this list, and yay once again for Keaton! It’s a big year for Cumberbatch & Redmayne as this is the first SAG nom for the two Brits that would likely lead to the Oscars. VERY curious who’d win this year but I have no quibble about the nominees. I was bummed not seeing David Oyelowo‘s name here but apparently Selma wasn’t completed in time to send screeners to the SAG voters, hence the exclusion.
… 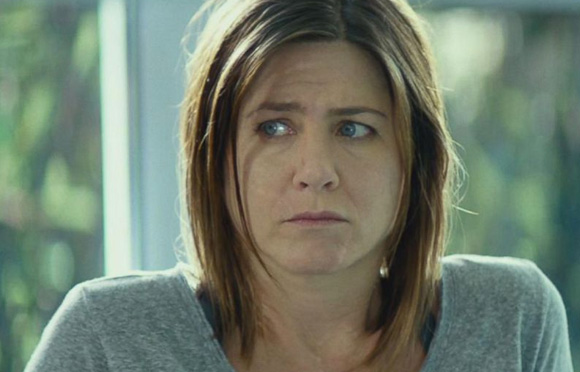 Unlike the more predictable MALE category, the Lead Best Actress category is full of surprises! Jennifer Aniston getting a double nomination, esp. from SAG, wow I’d never guess THAT as I have never even heard of her film Cake until a few weeks ago. I just hope there’s more her performance to warrant that nom than simply going sans makeup (and having bad hair) for the role. One thing for sure, as I said above, I don’t buy Witherspoon in a similar ‘non-glamorous’ role in Wild.
…

…
I’m rooting for Norton and Ruffalo out of this bunch, both of them are nothing short of excellent. I guess Norton’s role in Birdman is flashier but Ruffalo shines in a more understated performance in Foxcatcher. I definitely wish Duvall won’t win this category, I don’t know why he’s even nominated here.

[sigh] Meryl Streep once again, am I the only one tired of seeing her name in EVERY SINGLE NOMINATIONS year after year? Boy I didn’t even know Watts was in St. Vincent, I thought if she were to get a nod it’ll be from Birdman. I was quite impressed with Stone in Birdman, perhaps her best performance I’ve ever seen from her after her mediocre turn in those Spider-man movies and an entirely unconvincing one in Gangster Squad.

It’d be interesting if The Imitation Game with its all-star British cast win this thing but they do have an excellent ensemble! I personally love The Imitation Game and Birdman ensemble as I think the supporting cast absolutely deliver across the board, and they’re not just a glorified cameo like many in The Grand Budapest Hotel.

So who got snubbed??

So the most popular four-letter word during award season is back once again!

Seems that the early frontrunner Unbroken is not really much of a contender. I bet Angelina Jolie (who’s been nominated for Golden Globes half a dozen times, even for The Tourist!) would never guess Jennifer Aniston would get DOUBLE nominations this year. Perhaps the HFPA and SAG voters just don’t want to see both of them competing on the same red carpet or something? But the fact that the film didn’t earn a single acting nom, even for its lead Jack O’Connell is surprising to me. Now, the movie itself might not even be THAT good, so whether it’s really a SNUB remains to be seen.

Some consider this a snub, but I’m not all that surprised NOT seeing Interstellar nor Matthew McConaughey amongst the nominees. I’m not disappointed either as the film didn’t wow me. Seems that Ben Affleck is also not getting any love for his performance in Gone Girl, which arguably is one of his best acting in recent memory.

Lastly, two Cannes winners: Bennett Miller (Best Director for Foxcatcher) and Timothy Spall (Best Actor for Mr. Turner) are both missing from both Golden Globes and SAG nominations. I have been hearing nothing but praise for Spall’s performance as the eccentric British painter, so this seems to be a pretty glaring omission.

Well, there ya go folks. So who do you consider the surprises and/or snubs this year from both GG and SAG awards?