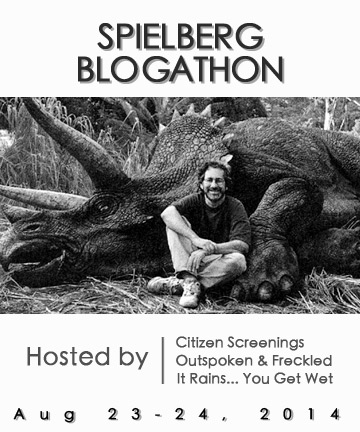 This post is part of the SPIELBERG BLOGATHON hosted by Outspoken & Freckled, It Rains… You Get Wet, and Once Upon A Screen taking place August 23-24. Please visit these host blogs for a full list of participating blogs

When Ruth asked me to participate in the Steven Spielberg blogathon, I wasn’t sure what to write about so I figured I should do a write up about two films of his that I’ve watched many times. These two films also made me into a film fanatic and home theater enthusiast that I am today.

Raiders of the Lost Ark

I was born in the Far East and the martial arts films was the only genre I’d watch, but after seeing this film I became a fan of American action films. I think I was about 8 or 9 years old when I first saw this film, my family and I were living in the Philippines Islands at the time and I saw it at some old movie theater. I was too young to really understood what the film was about but the visual and of course the action pulled me in. I still remember that the film’s climatic scene gave me nightmares, I freaked out when I saw the villains’ faces melt off and they were burned alive.

But I still thought the film was magic and when my family and I arrived to the States a year later, I begged my parents to buy me a VHS copy of the film. What’s so funny was that I didn’t know there were sequels until I saw a TV spot of The Last Crusade the year we arrived in the States. Unfortunately I didn’t get to see the third film on the big screen but watched it several times on VHS. Then a couple of years later I watched Temple of Doom on the old Sci-Fi Channel. I enjoyed the two sequels but to me Raiders is still the best in the series. 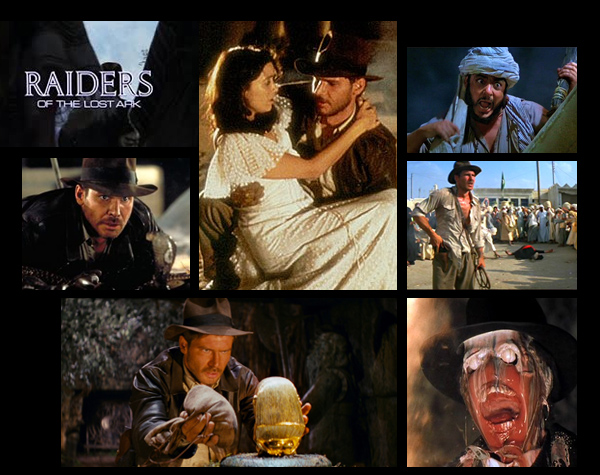 I’ve owned this film on many formats, first I had the VHS copy then later when I was able to afford a LaserDisc player, I bought a LD version of the film. When DVD became popular, I of course bought the DVD set then just a couple of years ago I got the Bluray set, unfortunately I had to buy the dreadful fourth film too.

Since Spielberg is a big fan of David Lean and Lawrence of Arabia is one of his favorite films, he even stated that the film’s script is the best ever written, so Raiders of the Lost Ark was his ultimate tribute to Lean’s classic film.

The summer of 1993 was dubbed Arnold vs. Sly since both of those action stars had two big films opening in the same summer and the so-called industry “experts” predicted that Sly’s Cliffhanger and Arnold’s Last Action Hero would dominate the box office. Of course Spielberg’s Jurassic Park was also one of the hyped up films but no one expected it would stomped both Sly’s and Arnold’s films. Sure I was excited to see new action films from Sly and Arnold but I super excited to see this film about dinosaurs. It’s one of the first films to have included full CGI effects in many scenes and it’s about dinosaurs!

Yes, like many kids back in those days, I was obsessed with dinosaurs and I’ve just finished Michael Crichton’s novel that it’s based on. I still remember to this day which theater I saw the film at on opening weekend and still remember how at awe I was after the film was over. The first time I saw the CGI dinosaurs, my jaw dropped and throughout the film, I had a smile on my face. It’s one of the best experiences I’ve ever had at the cinemas. I actually went to see the film twice on the opening weekend, around this time digital surround sound was pretty new in movie theaters so I wanted to hear the T-Rex’s roar in full digital sound over and over again. I was bummed that I couldn’t make it to the re-release on IMAX last year. With an opening weekend of over $50mil, it’s a record opening at that time. I think the summer of 1993 should’ve been called, T-Rex stomped Sly and Arnold. 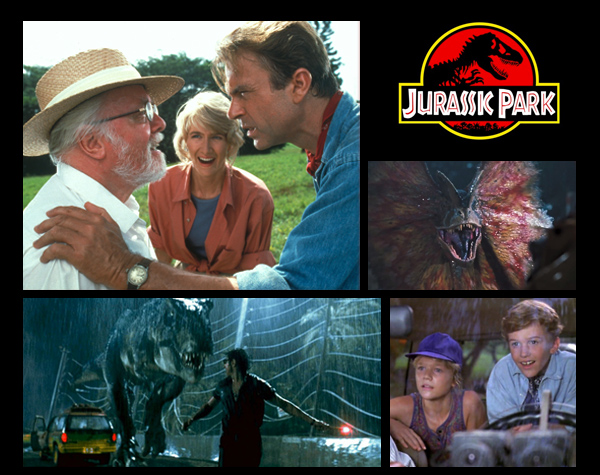 Like Raiders of the Lost Ark, I’ve owned this film on many formats. First VHS then LaserDisc and years later on DVD. Recently I bought it on Bluray but I have yet to watch it. Apparently Universal didn’t give the film a proper HD transfer so I was hesitant to buy it. Since I haven’t watched the film in a couple of years, I need to see and hear it in HD soon. This film also turned me into a home theater enthusiast, as mentioned earlier, I saw the film at a theater that has the new digital surround sound and after experiencing that, I wanted to have a home theater. Of course being a high school kid, I didn’t have the money to buy home theater products yet. But as I’ve gotten older and can earn bigger pay checks, I’ve invested some good amount of cash on home entertainment. In a way, I can thank and blame this Spielberg’s film for making me obsess with home theater.

Spielberg is one of the best filmmakers ever and these two films proved that he can make films that can please both the critics and audiences.

What do you think of these two films, were you lucky enough to have seen them on the big screen? Do share your memories on the comments section.
…

24 thoughts on “The Spielberg Blogathon: Reminiscing about Raiders of the Lost Ark & Jurassic Park”