Happy Sunday, everyone! Hope you’ve had a lovely weekend.

Today I bring you another collaborative post with a fellow blogger, and fellow British actor aficionado, Anna from Defiant Success blog. This will be a mini blog series of RECASTING Jane Austen screen adaptations. Anna wanted to do this in order of the book’s release, the first one happens to be my own personal favorite: Sense & Sensibility.

“Elinor, the eldest daughter whose advice was so effectual, possessed a strength in understanding, and coolness of judgment, which qualified her, though only nineteen, to be the counsellor of her mother, and enabled her frequently to counteract, to the advantage of them all, that eagerness of mind in Mrs. Dashwood which must generally have led to imprudence. She had an excellent heart; — her disposition was affectionate, and her feelings were strong; but she knew how to govern them: it was a knowledge which her mother had yet to learn. and which one of her sisters had resolved never to be taught.”

If you’ve seen Garai’s work in the brilliant (but unfortunately short-lived) TV series The Hour, you’ll know that her role of Bel Rowley has a few shared traits with that of Elinor. Reserved, levelheaded, (un)willingly keeps her feelings to herself…she just seemed right for the part. (It also doesn’t hurt that Garai has previously played another Austen leading lady, albeit a less sensible one.)
… 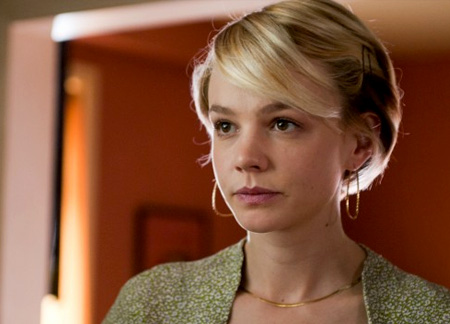 “She was sensible and clever; but eager in every thing; her sorrows, her joys, could have no moderation. She was generous, amiable, interesting: she was every thing but prudent.”

…
I was reminded of Mulligan’s work in An Education as I was sketching out this list. Her role of Jenny Mellor is that of a young woman with a deep admiration for the arts and is experiencing love for the first time in her life before the harsh truths about her lover come to light. That description could easily be applied to Marianne as well. (Again, Mulligan has previously been in an Austen adaptation, though her character is less appreciated.)

“He was not handsome, and his manners required intimacy to make them pleasing. He was too diffident to do justice to himself; but when his natural shyness was overcome, his behaviour gave every indication of an open affectionate heart. His understanding was good, and his education had given it solid improvement. But he was neither fitted by abilities nor disposition to answer the wishes of his mother and sister, who longer to see him distinguished—as—they hardly knew what. They wanted him to make a fine figure in the world in some manner or other. His mother wished to interest him in political concerns, to get him into parliament, or to see him connected with some of the great men of the day. Mrs. John Dashwood wished it likewise; but in the mean while, till one of these superior blessings could be attained, it would have quieted her ambition to see him driving a barouche. But Edward had no turn for great men or barouches. All his wishes centered in domestic comfort and the quiet of private life.”

Yes, Austen specified that Edward is “not handsome” but considering the role has also been played by 90s-era Hugh Grant and a pre-Downton Abbey Dan Stevens, I’m going to go out on a limb and say that I don’t think anyone will object to whom I’ve chosen. Anyway, McAvoy’s work in Atonement is what inspired me to choose him. Reserved and shy but passionate. (And yes, I see the irony of having him and Garai play love interests. It would certainly shine Atonement in a new light.)
…

“He was silent and grave. His appearance however was not unpleasing, in spite of his being in the opinion of Marianne and Margaret an absolute old bachelor, for he was on the wrong side of five and thirty; but though his face was not handsome his countenance was sensible, and his address was particularly gentlemanlike.”

…
Okay, I’ll admit the 1995 Sense & Sensibility film might have had some influence in this decision. (Another influence was Parade’s End.) There was just something about that description that made me think of Cumberbatch. (My money’s on the “not unpleasing” appearance.) And I bet that the scene of Colonel Brandon recalling his lost love to Elinor would be done beautifully in his hands (and voice).

“Elinor and her mother rose up in amazement at their entrance, and while the eyes of both were fixed on him with an evident wonder and a secret admiration which equally sprung from his appearance, he apologized for his intrusion by relating its cause, in a manner so frank and so graceful, that his person, which was uncommonly handsome, received additional charms from his voice and expression. Had he been old, ugly, and vulgar, the gratitude and kindness of Mrs. Dashwood would have been secured by any act of attention to her child; but the influence of youth, beauty, and elegance, gave an interest to the action which came home to her feelings.”

…
Basically that description there is Austen describing Willoughby as the most ridiculously handsome man you’ve ever laid eyes on. (Don’t quote me on that.) And I’ll admit I was slightly stuck on whom to cast in the role. Thankfully I’m on the internet enough to get a good idea or two, and Cavill certainly came to mind. I mean, look at him. It practically makes Willoughby’s philandering all the more stunning (though not exactly unexpected), doesn’t it?
…

I first saw Andrea in three films last year and was so impressed by her chameleonic ability to disappear into her characters. She’s in her mid 30s but looks youthful enough to pull off a 19 year old. I think she’d do Elinor justice as I think she can play ANY role convincingly. She has a quiet grace about her as well as a wise-beyond-her-years countenance that’d work nicely for this role.
… 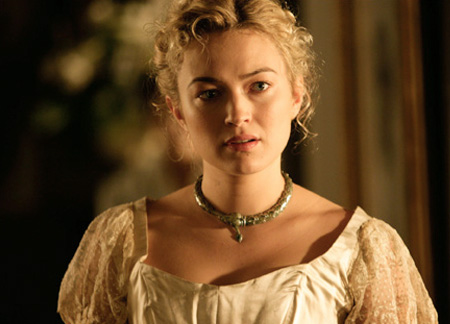 Myles has actually done an Austen adaptation before in 1999 film version of Mansfield Park, but it was a small role as Fanny’s sister. I actually thought she resembles Kate Winslet so much but that’s not the reason I cast her here. I had been impressed by her in Tristan n Isolde and the Moonlight TV show. She’s so grossly underrated but she is beautiful and has that innocent yet impetuous sensibility that would make her an excellent Marianne.
…

I always thought that Hiddleston is not classically handsome but yet he’s immensely attractive and charming. Now Edward is more on the shy side (unlike the more gregarious Hiddles) but I think the talented Brit can pull off reserve. Though he’s most well-known for playing the villainous Loki in the Marvel Universe, Tom has kind eyes which makes me think he’d suit this character. I also love that Tom has a soothing n gentle voice, more Dan Stevens than the stuttering Hugh Grant. Plus I think he and Andrea would make a lovely, albeit a bit unexpected, pair.
///

Yes I know it’s no surprise you’d see Toby on here but really I can’t imagine anyone else I’d want in the role. He’s done two Brontë adaptations, Charlotte’s (BBC Jane Eyre 2006) and Anne’s (The Tenant of Wildfell Hall), but never Austen’s. I could just picture his melancholic expression as he beheld Marianne for the first time playing the piano. He’s perfected that pining look as Rochester pining for Jane. Now obviously the impossibly fine-boned actor can’t be described as ‘not handsome’ (how Brandon’s described in the book) but the important thing is that he captured the essence of the character the way he did with Rochester. Plus, like Rickman, Toby has voice to die for, so I’d want an extended scene of his Brandon reading to Marianne [sigh]
///

Initially I was thinking of Ben Barnes, who’s played Dorian Gray before, but I feel that he’s not seductive enough as Willoughby. Aaron on the other hand, is what I’d consider not simply handsome, but a truly beautiful young man. On top of that, he oozes so much sex appeal with just the way he stares at you with those gorgeous blue eyes. At 23, also pretty close to the character’s age in the book (25). Willoughby is supposed to be an instant charmer, all swagger and undeniable passion, but not in a malicious kind of way as he earnestly does love Marianne. Interestingly, his hair here reminds me of Greg Wise’s wavy locks in the 1995 version as Willoughby.
…

Well, those are our picks for the main characters Sense & Sensibility. Let us know your thoughts and feel free to offer your own picks in the comments!