Hello everyone! I can’t believe I actually missed doing this community-building post last month, shame on me!! Well, to make up for it, I’ll be doing two Everybody’s Chattin’ posts this month 😀

It’s been a while since I’ve done any blogathon so let’s start with the two I’ll be participating this month.

Andy of Fandango Groovers invited a bunch of bloggers to participate in the Captain America Blogathon, which is to come up with 10 movies to recommend to someone who’ve been frozen from 1943 – 2011. I made a banner I’ll be using for the post. Feel free to use it if you’re participating on your blog 😀

Now, here’s something even more special as it’s Cinematic Corner‘s first ever blogathon! Sati was inspired by a list she was working on that was so cool she had to invite fellow bloggers to participate. Read all the details on her blog and participate in the Spin-Off Blogathon! 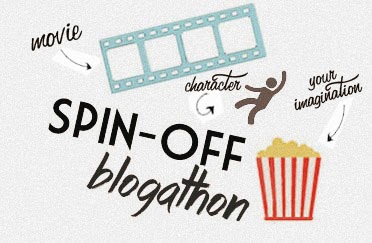 Now on to some awesome reviews & articles: 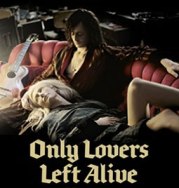 Mark reviewed the much-maligned Ridley Scott’s thriller The Counselor in which he couldn’t disagree more with the critics.

Josh aka JJames posted a few movie reviews of yesteryear which includes classics from the likes of Coppola, John Hughes, Hitchcock and Scorsese. 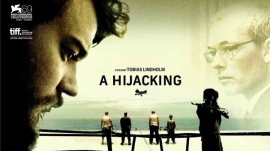 Andrew aka Fisti reviewed what sounds like a gripping Danish thriller A Hijacking which shares some similarities to the Oscar-nominated Captain Phillips.

Josh loves Oscars and he loves lists. Check out his multi-part lists of Top 10 Oscar Wins of Each Decade. Love this kind of trivia!

Speaking of Oscars, check out Dan’s Top 10 list of Best Supporting Actors who were Completely Snubbed by the Academy Awards.

Last but not least… if there are voracious readers amongst you, do check out my friends Ashley & Anne’s Lovely Literature Blog. They recently listed their Top 10 Young Adults Novels.

Now, before you’re off, here are a couple of fun videos & posts I found from the past week:

And this has got to be one of the most awesome guests on SNL. Liam Neeson, aka Mr. Set of Special Skills himself delivered a stern message for Putin along with Obama:

Stay tuned for my review of The Grand Budapest Hotel tomorrow!