Happy Friday everyone! Those of you in the US, hurray for long Labor Day Weekend! 😀

It’s been quite a hectic week for me at work, but fortunately there’s no press screenings I’m interested in all week so that actually helps a lot. Allow me lament a bit though about how this Summer’s put quite a dent on the hits and comments on the blog 😦 I guess I chalk it up to people being away on a break and what not, but still it’s kind of a bummer.

Ah well, enough complainin’. There ARE those of use who are still bloggin’ away in the Summer months, churning great posts on a daily/weekly basis. So I’m going to highlight those who’ve been particularly supportive to FlixChatter in their readership and comments. I REALLY appreciate it folks, I know we’re all busy people so I’m grateful that you not only took the time to visit, even if the movie(s) being posted aren’t necessarily your cup of tea.

Firstly, have you heard about this new movie site Cinema Axis? It’s a film blog based in Toronto, Canada with contributors hailing from various parts of Canada and the United States, spawned from the blog Big Thoughts from a Small Mind. One of the contributors is Steven Flores from Surrender to The Void blog. So pay them a visit and take part in the August edition of I Have Scene it Before, one of their monthly series.

Now that Summer is officially over, we’re all gearing up for Fall movies (well I am anyways). So check out Keith’s list on which movies to Flaunt or Flush. Thanks for the warning Keith!

Oh, and speaking of what to flush, in case you’re thinking of Ethan Hawke’s action flick The Gateaway, well, you might want to think again. Check out Terrence’s er review and watch at your own risk!

Most of you already tired of me saying this but yes, I’m still kicking myself that I missed the film fest screening of this film last April due to a snow storm!! Well, Mark’s review of MUD certainly makes me more eager to finally rent it!

Michael recently posted his Top 10 Greatest Sci-fi Films circa 2000-2013, and I absolutely LOVE his list, especially since he’s got Wall•E and District 9 on there! Saunter over there and see which ones of YOUR favorite made his list.

Since I mentioned Surrender to The Void blog, Steven has been spotlighting Woody Allen of late. Check out his latest post on the New York auteur, Part 4: The Wilderness Years (2004-2013)

You might’ve read Fernando’s post from Comic-con where he met the cast of Kick-Ass (SO jealous. Aaron Johnson is gorgeous!). Well, what did he think of the sequel? Read his review of Kick-Ass 2.

Fans of Breaking Bad, I suggest you check out Sati’s commentary in her Open Letter to Anna Gun. Though I don’t watch the show, I find that the discussion about Skyler White quite interesting.

Last but not least…

Chris T. has returned from his London vacation (where he non-nonchalantly bumped into RICHARD ARMITAGE outside of Harrod’s!!). I’ll be working on my post for his DEBUTS Blogathon starting next week. Check out which sites are participating in this exclusive blog event 😉

Now, about that casting news…

There are FOUR Bond connections on this one as the creator of the series is John Logan (Hugo, The Aviator, Gladiator) who also wrote Skyfall AND he’s producing the series with Skyfall director Sam Mendes! Now of course you already know Dalton is my favorite Bond, so it’s a thrill to see one of my favorite Bond girls Eva Green is also part of the cast!

Darn it, it’s about time Dalton’s back on the spotlight again. I’m always so perplexed that super talented thespian like him don’t get more work! I mean he could’ve easily done every role offered to his British peers like Anthony Hopkins, Patrick Stewart or Jeremy Irons! Per THR, Dalton, who joins Eva Green and Josh Hartnett, will play Sir Malcolm, a hardened African explorer on a deeply personal quest. Here’s the premise per IMDb:

Some of literature’s most famously terrifying characters, including Dr. Frankenstein and his creature, Dorian Gray and iconic figures from the novel Dracula. become embroiled in Victorian London.

Production is set to begin in October in London for its debut in spring 2014. I just might have to get cable for this!

Now, this one is just a rumor for now, but it’s enough to send me into a frenzy when I first heard about it (just ask my husband, I was practically hyperventilating!) 😀

Last week, I was lamenting on the Batman casting on Man of Steel sequel, but this week, THIS is a rumor I can get behind:

In response to that I tweeted this:

The idea of Henry Cavill possibly in a movie together w/ Timothy Dalton is too much for my little brain. #BritCrushes

OH MY! I sooooo hoping this isn’t JUST a rumor. Please make it happen people, pretty please! I just so want Dalton to be in something so HUGE which hopefully propels him to get even more roles! I’ve always loved Alfred Pennyworth and with the likes of Michael Caine in Nolan’s Batman trilogy, we definitely could use another British thespian this time around. (I just realized it’d be cool that Dalton signed up for TWO projects with Penny in them, ahah) 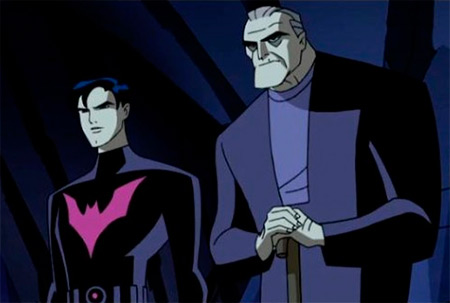 Of course I always envision that Dalton as the older Bruce Wayne type, a la Batman Beyond where he’s retired and a recluse who ends up being a mentor to a young Batman. If you’ve seen the TV series, you’d see how Dalton is so perfect in that role. He’s still a pretty lean guy at 69, certainly he can still be bad ass!

In any case, fingers crossed Dalton is indeed cast! That’d just be THE best news of the year for me 😀

Well, what do you think of this casting?

Have a great weekend all! Hope you see some good movies! 😀